Imagine the following scene playing out at work tomorrow:

You arrive in the morning to find a note reading ‘HR wants to see you’. About what?, you wonder.

Seeing your HR manager already in the conference room with the door closed, you fidget as you wait. A knot begins to form in your stomach that gets tighter as the minutes tick by.

Suddenly, the door opens. A colleague stumbles out, looking ashen-faced. Then the HR manager’s head emerges, notices you and says “Ah, please come in”.

“I’m sorry to tell you that the company is letting you go,” she begins. “Sales have slumped and we simply can’t employ as many people. It’s nothing personal.”

You’ll get a month’s salary as severance pay, plus two-weeks more if you sign a ‘non-disparagement’ clause. And they’ve just handed you a pile of forms that supposedly will guide you through the process of applying for COBRA health coverage and unemployment benefits, should those be necessary.

Oh, they’ve already taken your computer back to IT. You’ve got 15 minutes to collect any personal items and say your goodbyes. But please don’t linger. We’d hate to get Security involved…

Thanks for your service! And best of luck in your next venture!

What would you do if this happened to you tomorrow? Really chew on that for a minute.

Would you feel surprised? Liberated? Petrified?

What would your job prospects look like? Are you confident you could get re-hired quickly? Or are you looking at months (or longer) of unemployment?

What will it do to your household finances if you’re out of work for a prolonged time? Are you the primary breadwinner? Do you have other income or substantial savings that can sustain you? If not, how would you plan to make ends meet?

Most people are caught flat-footed by layoffs. There’s a complacency a steady paycheck offers that’s instantly ripped away by a pink slip. Few people are ready — emotionally, professionally, or financially — for the abrupt ending to the status quo a layoff brings.

Mike Tyson once eloquently quipped: “Everybody has a plan until they get punched in the mouth.” Similarly, everybody can afford to be optimistic about tomorrow until they get canned.

Have ‘Layoff Anxiety’? You’re Not Alone.

If the thought-exercise above gave your stomach butterflies, you’re not alone. Nearly half (48%) of US workers report experiencing ‘layoff anxiety’.

And, this is during the “good times”, folks. Officially, we’re still in the longest economic expansion in US history.

What’s it going to be like when this long-in-the-tooth expansion ends, as all inevitably must?

And as we’ve been furiously covering here at PeakProsperity.com, it sure looks like the end is fast arriving. The inverted yield curve in US Treasurys, slowing US growth and negative growth rates in major European economies, anemic global shipping volumes, and a raft of other dependable indicators are flashing warnings that the world economy (including the US) is plunging towards recession.

A recession that corporate America is woefully unprepared for, due to record levels of debt.

In response to the past decade of extremely cheap and plentiful credit supplied by the world’s central banks’ QE (quantitative easing) efforts, company executives have borrowed much more aggressively than in the past. Often to repurchase their company’s own shares in hopes of boosting its stock price (and thus their stock-based compensation packages).

And a worrisome number (hundreds of $billions) of such corporate loans made over the past several years have been low quality, high-risk, and covenant-lite.

As a result, today’s US companies are as or more dangerously leveraged than ever before. More than $9 Trillion of debt now burdens the balance sheets of America’s corporations: As growth continues to slow and corporate profits decline, debt service takes up an ever-greater percentage of cash flows. At some point, headcount cuts become unavoidable.

The Robot Took My Job

On top of that, as we’ve been long warning about here at PeakProsperity.com, employers currently have a tremendous perverse incentive to automate and replace human labor with technology.

The simple and harsh truth is that it’s expensive, and becoming more so, to employ humans. Wages, health care, retirement benefits, workers comp, OSHA regulations, lawsuits, training, vacations, sick days — it all adds up. Machines free employers from all of those costs, headaches and potential liabilities.

Meanwhile, technological advancements in robotics and AI (artificial intelligence) are on an exponential track. Capabilities are skyrocketing and costs are coming down. With the ability to borrow at rock-bottom interest rates, is it any surprise that companies are investing in automation as fast as they can?

White-shoe consulting firm McKinsey predicts that 50% of current work activities are at risk of being automated by 2030, and that by that time, 400-800 million workers worldwide will be displaced by technology — creating “a challenge potentially greater than past historic shifts”.

A historic transition away from humans towards automated labor is underway. It’s happening in every industry and will impact every job function, at every level of the org chart.

And unlike with outsourcing or off-shoring, once these jobs are successfully automated, they’re “gone” as far as human workers are concerned. They’re never going to be un-automated.

It Has Already Begun

Remember the mass layoffs of 2008 and 2009? When thousands of people instantly lost their jobs as companies started jettisoning workers?

In 2019 so far, we’ve seen reductions-in-force reported across a number of industries from the likes of HSBC (4,750 jobs), Nissan (12,500 jobs) and Deutsche Bank (18,000 jobs). Other well-known brands letting employees go include Siemens, Uber, US Steel, Kellogg’s, Ford, Disney, and United Airlines.

At this stage, it’s not (yet) like the carnage seen during the Great Recession. Remember how god-awful scary this was, as hundreds of thousands of people were laid off every month for two years? 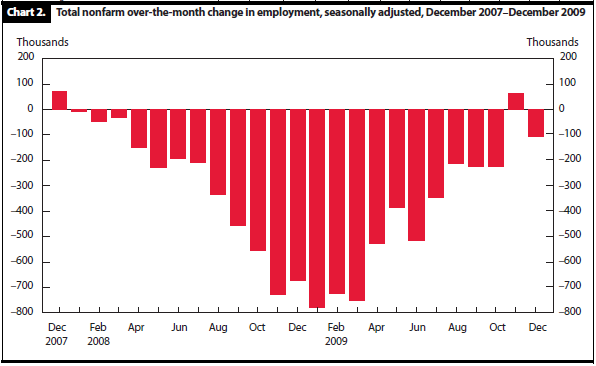 8.8 million jobs were lost during this period. When layoffs are that widespread, it’s just a numbers game. Amongst yourself, your family, and your friends — at least some of you are going to fall victim.

How bad could things be next time? Bad enough to take protective action, we think.

And it’s not that hard for us to make the argument that the future wave of mass firings may be substantially worse. So don’t rest on your laurels.

Signs Of Trouble To Watch For

What early-warning indicators can you monitor to assess whether your company, or your specific job, is at risk?

First, it helps to look at the industries that shed the most workers during the Great Recession. History doesn’t repeat itself exactly, but it often rhymes: 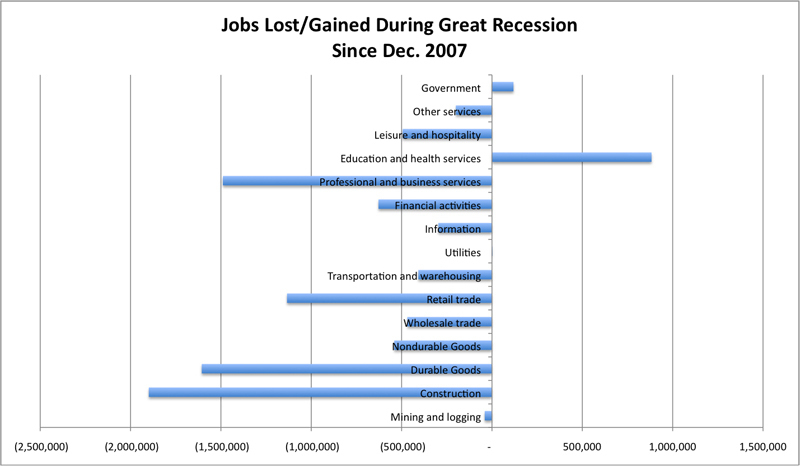 Do you currently work in one of these industries? If so, the above chart should give you a general sense as to how yours will fare relative to others should we indeed re-enter recession soon.

But not all companies within an industry are created equal. How can you tell if you’re currently employed by one of the more vulnerable players?

Here are classic signs of trouble to look out for:

Is There A Target On Your Back?

Layoffs are like tossing sand bags out of a sinking hot-air balloon. You throw a few overboard to see if that stops the fall. If it doesn’t, you chuck out a few more.

They tend to happen as a sequence. In the first wave, the obvious underperformers are let go. That’s the easy decision, and may even be positive for morale. But if the company is still in trouble, another wave — maybe more — will be needed.

So, how can you tell if you’re at risk for the next wave in the series?

Here are some common predictors:

How To Reduce Your Vulnerability

After taking an honest assessment of your job situation, would taking some precautionary measures against a layoff make sense?

Spoiler alert: if you’re one of the 132 million full-time employees currently working in the US, the right answer is pretty much always “yes”. There’s simply no good reason to trust your primary/only income source to blind faith.

In Part 2: The Layoff Survival Handbook, we detail out the steps to take now to reduce your vulnerability to a layoff, and the critical steps to take right away should you become laid off.

Many of these will enhance your career trajectory and satisfaction even if a pink slip never arrives. But should one do, you’ll be far better off for having taken them.

Given the mounting recessionary risks ahead, we all need to prepare for what’s coming.