Remember Easter Island? That place in the pages of National Geographic with the gigantic carved heads peeking up from grassy slopes?

Whether you recall it or not, you live there — in a manner of speaking.

Easter Island was colonized by the Rapanui, a particularly adept seafaring culture.  When they arrived, around the year 800 A.D., the island was a lush forested tropical paradise.

But eventually, according to researcher Jared Diamond in his bestseller Collapse: How Societies Choose to Fail or Succeed, they committed ecocide.

They cut down every single tree on their island. Eventually the people had no wood to burn in their cookfires. They had to resort to burning grass, a particularly inferior fuel source.

But before arriving at that sad state, the Rapanui cut numerous huge stone effigies called “moai” out of solid rock – some weighing 14 tons – sculpted them, and moved them great distances. 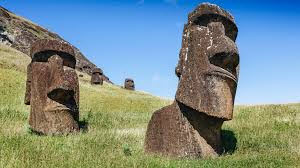 For whatever reason, the Rapanui tribe felt it was very important to make these giant stone heads, often at the cost of using trees as the means for transporting and erecting them.

Somewhere along the way I’m sure there were alert members of their society quietly wondering if maybe they should instead start protecting their dwindling groves and forests?

It’s tough to be “that person” who concludes that your culture is up to something completely non-sensical.  It’s tough to open up and call that stuff out — because most people don’t see the problem themselves, and can feel attacked if you bring it up.

In this story of Easter Island, the production of the gigantic stone moai were deemed more important than every tree on the island.    Hey, maybe that was the right call – I don’t know, I wasn’t there. But whether it made sense or not, it wasn’t a sustainable practice.

It was an activity with an easily-predicted end-date stamped right on it.  Carving gigantic stone heads consumed the vital resources of a culture, yet did not offer any measurable productive returns to that same culture.  The activity diminished valuable resources instead of enhancing them.

So if ‘sustainability’ is the correct criteria to use to evaluate a culture’s actions, then the Rapanui of Easter Island wasted the last of their trees on the wrong activity.

We’d never do anything so foolish ourselves! Right?  We’re certainly smarter than that these days, correct?

Take oil. Our most valuable resource.  Bar none.

“Wrong!” you might think “Water is certainly the most valuable resource.”  I wouldn’t say you’re wrong…but I’d point out that with oil ,you can construct massive aqueducts to transport water a thousand miles across open desert.

With oil that’s a relatively easy project to pull off. Compare that how much less is possible in a world without oil: 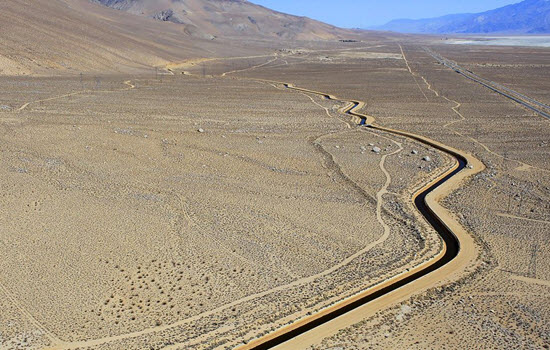 What about building massive desalination plants to create fresh water, like the Saudi’s have done? Those, too, require oil to manufacture, transport, erect and operate.

So, if we agree that water can be brought to where it’s scarce due to oil, oil becomes more important than water.

In this metaphor, oil is to us as the trees were to the Rapanui of Easter Island.  And just as the Rapanui blindly consumed their trees until none were left, modern society is on the same path with oil.

Once there were vast pockets of easily-tapped oil beneath the ground.  Now?  We’re forced to drill 20,000-foot-long fracked monstrosities that might each yield somewhere between 250,000 and 400,000 barrels of oil in total over their short life of perhaps 10 years.

That means that the oil wells of old were 100x to 300x more productive than today’s newer wells.

On Easter Island, the old trees were big and strong and grew everywhere.  Today’s trees there are small and skinny and sparse.

An observant mind like yours may ask; “Maybe we should be a bit more careful in how we use our dwindling resources.”

But that question is not being discussed at any level that will change the status quo.

Society is busy ripping through the last trees and shrubs in this story, one that no longer makes any sense.  At all.

For some reason, our modern equivalent of island elders are convinced that what we need is a return to economic growth as fast as possible and by any means necessary.  That, among other things, we need more of these: 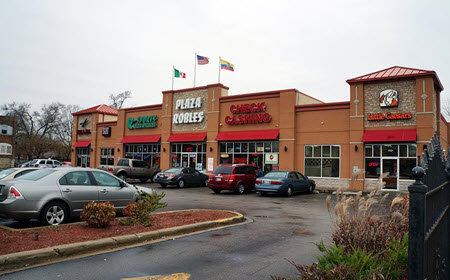 However, unlike a gigantic stone moai, these little boxes won’t last long.  They also won’t return anything useful to current or future humans.  They are a ‘sink’ not a source.

Energy in, nothing out.

Worse, they probably paved over good farmland because, hey, the ground here is flat and will allow us to build a strip mall quickly.

With equal eagerness, our culture seeks to secure more vehicle sales, houses, roads, bridges, a resumption of leisure travel and a million other activities and goods which we call, in aggregate, ‘the economy.’

All of these things have apparent utility in a world awash in oil. But most of them make no sense in a future where oil is a finite, dear and dwindling resource.

My reporting on Covid is very similar to when I said the housing market was due for crash back in 2007. Or when I deduced within 48 hours of the massive 2011 Japanese earthquake that three of the Fukushima reactors had entirely melted down (a fact not admitted to by the authorities for nearly two more years).

I used my common sense to assemble the facts and make the best sense of them I could.  Perhaps it’s a rare skill. But to those of us who like to understand things, nothing less will do.

As I am fond of saying, “I don’t know what the truth is, but man, I can sure smell bullshit instantly”.

The idea that we have no national or global energy policy besides one that translates into “we’ll just keep making these gigantic stone heads here thankyouverymuch” makes no sense to me at all.

The current ‘plan,’ such as it is, centers on growth, growth and more growth.  If we wait until it’s brain-dead obvious that oil is a dwindling resource because that’s what a decade’s worth of data says (sometime around, say, 2030 to 2040) then it will be too late. By then we’ll have another 1-2 billion people on the planet to worry about.  And quite possibly, ruined ecologies that no longer support as many people, to boot.

It doesn’t have to be that way.  We can use our species’ advantage of insight and intelligence to chart a different path.

Here’s a short list of everything that we should be doing with our remaining dregs of oil:

When we’ve run through that list and possibly a few hundred additional essential bullet points I’ve overlooked, only then should we indulge in wasteful activities.  If there’s any energy left for those activities, that is.

This all makes perfect sense.  It’s what any competent strategist would do for a company.

To be truly successful you need a good strategy, which boils down to knowing where you want to go (the vision) and how you’re going to get there (the resources).

As is always the case, grand visions are easy to come by. There are never enough resources to do everything we’d like to do.  We’d all love to live in a clean, safe world powered by a limitless energy source.

That’s an easy vision to rally behind.  But it’s not so easy to pull off, especially if we wait too long and only try once oil is hard(er) to come by.

After a certain amount of inaction, what was once “possible” is no longer. At that point, it becomes an impossible fantasy.

The Peak Prosperity tribe consists of curious-minded people who are drawn to things that make sense to them.

The recent US presidential debates were nearly completely devoid of sense.  What were they even saying?  Was any of it important to our future?  How did any of their words get us closer to a vision for sustainable future?

Of course, the answer is that virtually nothing in the debates had anything to do with a future based on careful resource stewardship.  It was just two old guys arguing over how many new gigantic statue heads they were going to deliver to an increasingly hungry and emotionally-depleted culture.  They never discussed the dwindling trees at all.

In other words, they didn’t address the things that matter the most: our crumbling ecosphere, depleting fossil fuels, a stagnating economy. They have no Plan B for any of it.  Neither does the media.  The center mass of our culture is dead-set on making more gigantic stone heads, damn the consequences.

But like it or not, like-minded folks like you and I exist in that void of sensemaking. We’re going to have to put in real effort to find one another and then figure out what we’re going to do.  Because one thing made abundantly clear by the debates is that you’re on your own.

There’s no cavalry coming. No better government stepping in to lead the way.  No rational political voices are going to cut through the noise at the eleventh hour.

The Federal Reserve prints money to make big Wall Street firms and the ultra-wealthy even  richer, and then claims it plays no role in the wealth divide. The news media is captive, toothless and vapid.  Even our health authorities have abandoned science and logic to the point that they can’t even get face masks right.

None of all this makes the slightest bit of sense. We are sleepwalking towards our own destruction as we blindly consume valuable resources for…what??

This is our home: Welcome to Easter Island.

So, short of putting our heads in the sand and waiting for the inevitable reckoning, what should we be doing now?

In Part 2: The Approaching Frenzy Of Tipping Points, I detail out the specific predictable major shifts to our way of life that await ahead, and share my personal strategy for dealing with them.

Yes, change is coming, and it won’t be pleasant for those caught unawares. But for those of us paying attention and positioning smartly in advance, it’s actually an extremely exciting time to be alive.