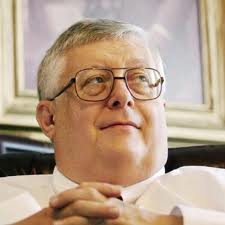 “If you look at the government’s latest statistics – the poverty survey of 2009, which is the most recent release, with average and median household income adjusted for inflation (and they use a really gimmick low inflation rate with that one) – it shows that not only has household income been falling the last year or two, but it’s below its near-term peak before the 2001 recession. Household income has not recovered above that, and if you use the CPI-U (the usual inflation rate to deflate that by instead of the gimmick one) it shows that household income today is below where it was in 1973. Again, the average household has not been able to keep up here. If income growth is not keeping ahead of inflation, very simply you can’t have consumption growing faster than inflation on a sustainable basis.”

Government statistics guru John Williams believes the most important economic indicators used by our political leaders in their decison-making – the Consumer Price Index, the unemployment rate, the Gross Domestic Product – are deeply flawed in how they’re calculated. Whether these flaws result from letting theory trump reality or by machinating politicians, the result is the same: we are fooling ourselves at our peril. We have been understating the risks we face – which is why we are working harder for less today than the previous generation, and why our economy is not only not in “recovery” – but on the precipice of crisis.

Click the play button below to listen to Part 1 of Chris’ interview with John Williams (runtime 37m:40s):

In this podcast, John and Chris outline how:

Part 2 of this interview is available to enrolled users (paid enrollment required) and focuses on the main drivers behind John’s inflationary predictions, how he sees events unfolding and on what timeline, and what individuals can do today to protect themselves from such an outcome. If you are not an enrolled member, enroll today to access Part 2.