I recently spent three days with a 12-member film crew, Dr. Kent Moors, Keith Fitz-Gerald, and the Money Map publishing team to create a 78-minute video organized around the central ideas in the Crash Course.

It is now live and being marketed to the world, and it is important to me that you understand the reasoning and context behind this effort. Before I do, I just want to say that I am quite pleased with both the production quality and message fidelity of the final product.

You can watch the video by clicking on this link or the image below (get some popcorn ready beforehand: it’s 78 minutes long!): 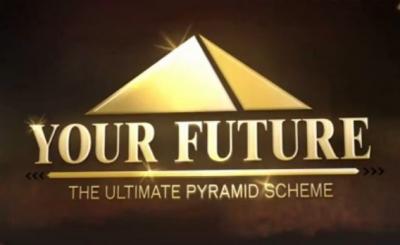 Our mission at Peak Prosperity is to create a world worth inheriting.  One element of achieving that mission is reaching enough people to make a difference.  The Money Map shoot was perhaps the most significant experiment yet in our quest to reach a critical mass of people with our message.

Here's the context: They approached us and asked if we were interested in having the Crash Course be the centerpiece of a new bold approach they were taking in their marketing efforts designed to introduce people to their newsletter offerings.  We carefully considered the opportunity and noted that the book they did this for last year, Aftershock by Bob Weidemer, ended up on the best-seller list as a consequence.

While we could not control the final positioning, we reviewed the entire script, word by word.  In terms of messaging, we felt that the core concepts of the Crash Course were faithfully represented. I wouldn’t have participated if they weren’t.

But we knew that one potential risk would lie in the incongruity of styles.  Our approach is what you might call 'self sell,' where we count on the attractiveness and clarity of our message to entice enrollments with very minimal marketing on our part.  Money Map has a decidedly more mainstream ‘hard sell’ approach — one that focuses more stridently on our collective anxieties — that works very well for them.  Regretfully, a few people who have seen the video mistakenly assume that I am now switching over to a hard-sell approach. That's not the case.

My involvement with the Money Map shoot was and will remain an unpaid gig.  They did buy some books, at wholesale, and I suspect I might get a few cents per book in royalties from my publisher. But if this ends up covering one week's worth of server hosting costs for Peak Prosperity, I will be pleasantly shocked.

So why did we do this?

My motivation for doing the shoot was simply this:  I want more people to be exposed to the ideas in the Crash Course.  The other co-presenters, Dr. Kent Moor and Keith Fitz-Gerald, are very solid and well-respected individuals with their own large and devoted readerships.  And their collective audiences are almost entirely new to our message. Every person who signs up for the free Money Map trial gets a copy of my book.  And perhaps even a greater number of folks who watch the video will come over to our site to check out the Crash Course videos and learn what we’re about.

And if Money Map Press’ different style of presentation is more effective for a certain audience – well, that’s just one more arrow in our quiver. If you know of somebody who may be more receptive to our message when packaged this way, by all means share this video vs. the Crash Course chapter series.  There will be people for whom this style works better than the Crash Course, possibly because it is an obvious sell vehicle, which, for some, will be easier to accept.  Perhaps it's just because we are all practiced at being pitched to and some prefer it this way, perhaps it's because it's a motivation that is better understood than my 'give it away for free' decision around the Crash Course, or perhaps it will be the presence of Kent and Keith that will add the necessary credibility to the message.  I have no doubt, however, that this vehicle will reach people that cannot and would not be reached via the Crash Course alone, for whichever reason(s).

Believe me, Adam and I will carefully monitor and assess whether this effort ends up being a net positive for this site and its mission, and we will continue to experiment with other uses of our time and additional external partners.  We'll certainly make both mistakes and the right moves over time….that's life and business.

You try things, and you learn, and you keep moving.

Our promise to you is that we will continue to value all of the same things that we always have.  Our values of integrity, honesty, and trust are not negotiable, and nobody here at Peak Prosperity is here for the money.  Yes, we need to make a living, and we are attempting to do that as we operate this business, but our primary motivation is being able to get up each day knowing we are making a difference and going to bed knowing that our actions were in alignment with our mission.  I wouldn't trade that circumstance for all the money in the world.

So, I suppose I’m saying thanks in advance for your support and constructive feedback for us as we enter into bold new territory in spreading our message. We rely on you to make sure we are charting the right course in pursuit of our mission.