The financial markets have continued falling this week, making this recent crash the fastest plunge into a bear market in history: 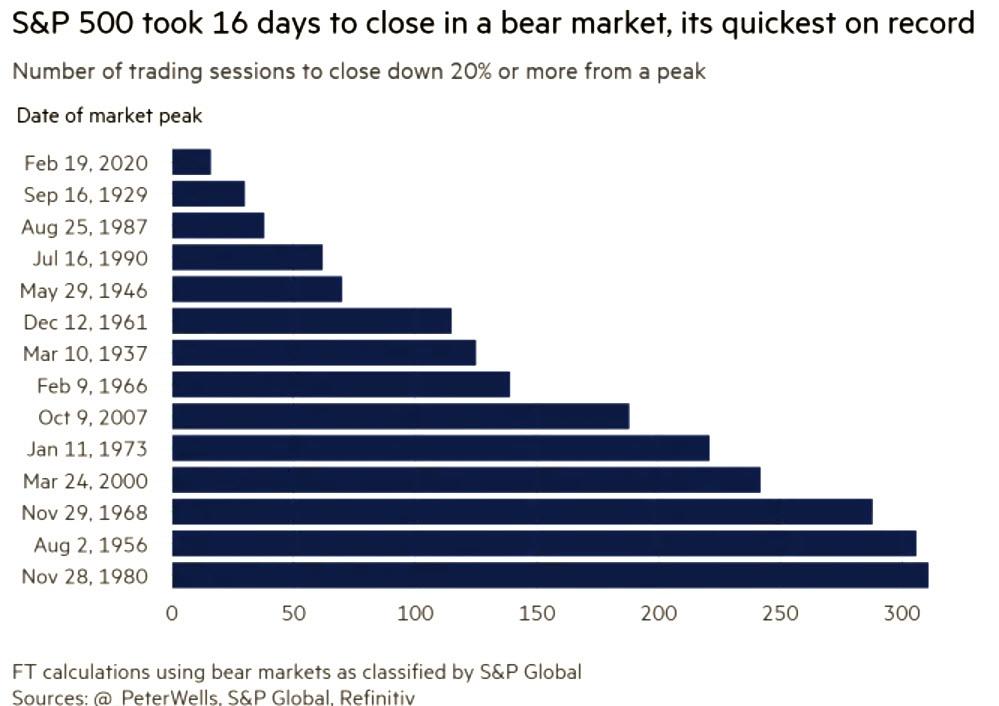 We’ve received a lot of questions from PP.com readers over the past few days:

Is the carnage almost over?

What’s going on with this week’s drop in gold, silver and the mining shares?

What should those who have lost a substantial percentage of their savings do now?

For those who were defensively positioned and avoided the plunge, is now the time to start looking at deploying ‘dry capital’?

To answer these questions, I just recorded another brief interview with the lead partners at New Harbor Financial, the financial advisor Peak Prosperity endorses.

While the S&P 500 has now fallen 30% since the February highs, New Harbor’s general portfolio is only down a mere 1%(!) over the same period. THAT’S the power of conservative management and prudent risk mitigation.

In the short video below, they emphasize that it’s not too late to take smart steps with your portfolio against further market downside:

Anyone interested in scheduling a free consultation and portfolio review with Mike and John can do so by clicking here.

And if you’re one of the many readers brand new to Peak Prosperity over the past few weeks, we strongly urge you get your financial situation in order in parallel with your physical coronavirus preparations.