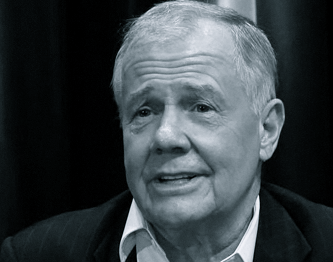 “I see more inflation and more currency turmoil as we go forward. There are huge debt imbalances in the world. U.S. is the largest debtor nation in the world and all the assets are in Asia. The largest creditors in the world are China, Korea, Japan, Taiwan, Hong Kong, Singapore – this is where the assets are and the debts are in the West. Those imbalances have to be resolved. They frequently lead to more currency turmoil. We’ll see more inflation, we’ll see more governments fall. We just saw Tunisia fall – more are coming because the world is going to continue to have these problems, and especially inflation that is going to cause more social unrest.”

So said investing legend Jim Rogers when he spoke recently with ChrisMartenson.com about the inflationary pressures rising dramatically around the globe, despite some governments’ best efforts to downplay them. Jim shares his “outside in” perspective on US monetary and fiscal policy, and how international players find themselves forced to react. He sees a lot of fundamental imbalances that need to be corrected for, as well as shortages of almost everything developing. In his words, “It’s going to be a real mess before it’s over.”

Click the play button below to listen to Chris’ interview with Jim Rogers:

In this podcast, Jim explains why:

As with our recent interviews with Marc Faber and Bill Fleckenstein, Jim ends the interview with his specific outlook for 2011.

[*note: Jim has informed us he closed out this short position a week after recording this interview, given the increases in international social unrest]

Jim is a renowned author, financial commentator, Guinness World Record holder, and successful international investor. He lives in Singapore with his wife and two young daughters, for whom he wrote the recent best-seller “A Gift to My Children – a Father’s Lessons for Life and Investing.”