I stumbled across this on Telegram. Although the date says May 15th, the person posting said July 24th, City Hall, Foley Square, 1PM. Just passing this on. 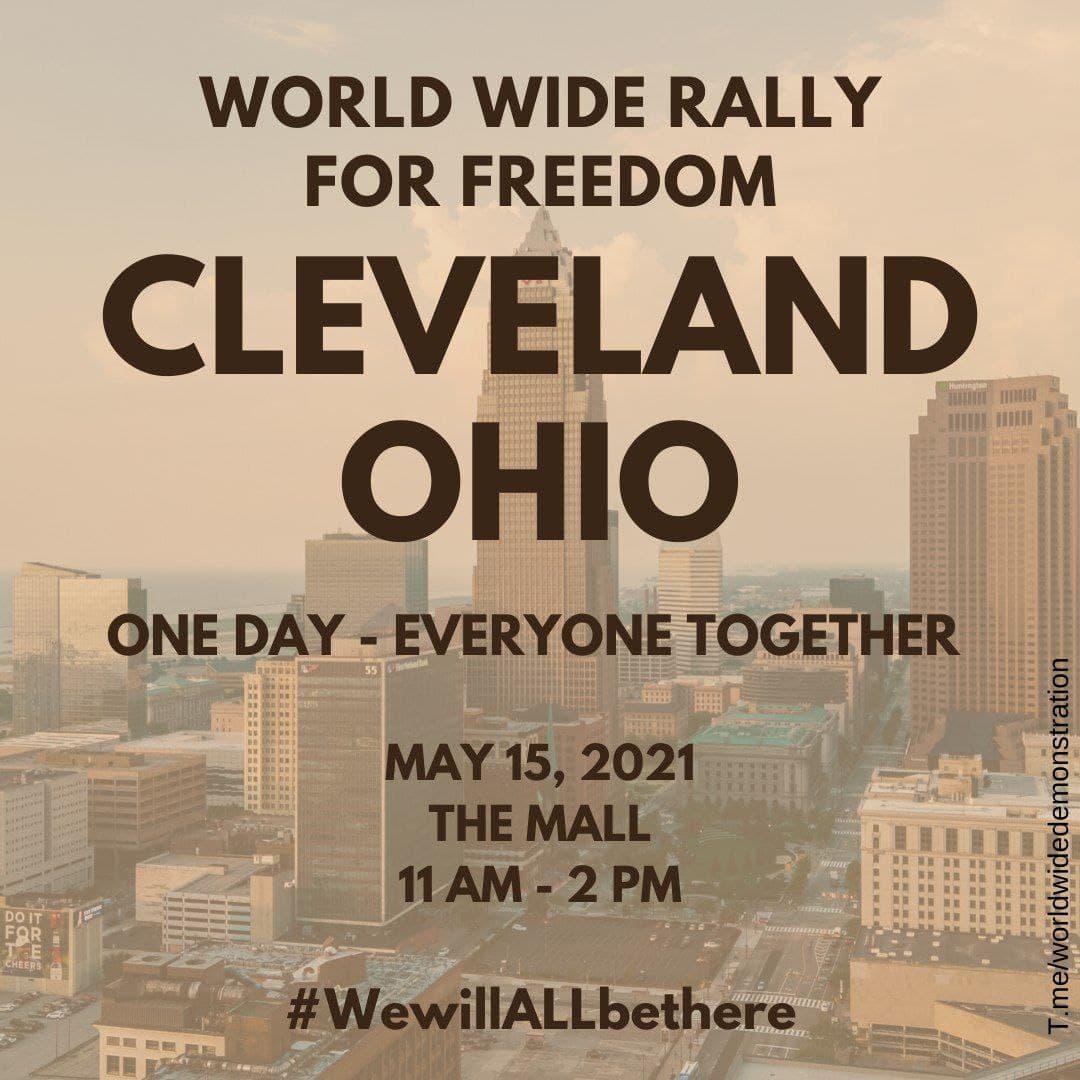 Thanks Goldrunner for the info. I was at this rally in May. Half the attendees knew about Ivermectin, the best informed gathering of people I have been in since the SHTF.

I attended the rally in Winnipeg and we had a fair number of revelers taking turns speaking. There was no main stream media in attendance nor any visible police cars which is different from the previous rallies I have attended. Topics covered were mainly about lock downs, vaccines and their injuries as well as the abuses of our rights. There were a couple of attendants who went up and spoke out about their vaccine injuries as well as their spouses. They also discussed how the medical system was not taking responsibility for their injuries and refusing to admit they were vaccine related, very sad to hear it in person. It was refreshing to see other people that were awake and willing to take a stand. The rally lasted about 3 hours and there were approximately 350 people in attendance which in my opinion was a disappointing turn out for a city of 632,000 residents. I have to admit I am envious of those Europeans, and I especially like their candor in France. I managed to talk to a few people and even exchanged email addresses with them and found we shared mostly the same views on everything that’s been happening. The next Worldwide Rally for Freedom is September 18th and I definitely will be attending, even if there are less than 10 people there at least I am showing up for the fight.

Right on, goldrunner1. You had a much better experience in the Peg’ than I did in Victoria! Wish I had been where you were instead. And ya, we have to go. I am hoping now that we know the date we might be able to drum up more enthusiasm for the next round! it is a hHope and a dream I know, but hey, dreams are cheap! And I cannot do nothing!

I attended a small rally today in Winnipeg at the Canadian Museum for Human Rights. Apparently today was the day for the Canadian Museum of Human Rights to open after the Covid lock downs. One of the preconditions to visit the museum was that you had to have both jabs of the quackcine. Oh! The hypocrisy, you just can’t make this stuff up. I was there with my sign that said “Vaccine Passports are Segregation”. There were approximately 30 other people there as well. Some of them previously bought tickets online and tried to enter the museum without being vaccinated. Their plan was for them to be refused entry to the museum based on their vaccination status and then to file a complaint with the Human Rights Commission. The museum did refuse them entry on these grounds as was anticipated.

We then all hung out for about two hours close to where the patrons would enter the museum. Some of us took turns approaching the museum’s masked patrons who were headed for the entrance to point out the hypocrisy of the institution they were visiting. Although I disagree with this (maybe I’m just too nice), some of the revelers heckled the patrons for wearing masks outdoors as well as supporting the phony museum by patronizing it. I was more of the opinion that if you feel wearing a mask is in your best interests then go for it, but that doesn’t mean I won’t be smerking at you when you walk by. Also I thought that we should be trying to win hearts and minds. The cognitive dissonance displayed and look on the patrons faces was priceless. I wonder if any of them made the connection between “vaccinated only allowed” and Human Rights. A lot of cars that drove by honked and waved to show support for us.

Looking forward to the next rally…..

They brought the big guns out….The dreaded CBC. More gaslighting, by their own admission there are characteristics such as medical and religious reasons you cannot be discriminated against.

Thanks for sharing this information on the rally mate, I feel like I must do other things quickly! Because lately I’ve been spending my nights at https://coomeet.com/live , it’s so adictive! Tons of girls to talk to, I’ve made a lot of new friends worldwide, so maybe I must stop a little before getting adicted haha.