Will Trump sign Insurrection Act and use the military to arrest the criminals?

Check out this excellent analysis by Amazing Polly (can’t embed):

Amazing Polly’s video description:
In the first part of the video I give an overall view of the situation (not exactly cheery). Then I talk about Nancy Pelosi going nuts trying to get rid of Trump even though there’s only 9 days left in his administration (or so we think.) Then I use clips to show the difference between the Corporate Media’s propaganda and the reality of what happened on January 6th at the Trump rally in DC. I then go over the fallout – deplatformings and witch hunts all over the place, including the swift un-personing the President of the United States! Finally I look at a Q post that has some similarities to what we are currently living through.

ALSO I screwed up the USSS/Castle Rock. I now think USSS is US Sigint Service & CASTLE ROCK is a nuclear communications command center in Colorado (inside a mountain. h/t to a commenter on my blog)

This time the Big Media and Big Tech mafia have gone far too far. Anyone can see how incredibly fake the “news” media’s narrative, based on constant blatant lies, is, if they care to look outside of their astonishingly-fake information monopoly outlets. For example, James Corbett exposes their extreme deception and hypocrisy in The 4th Annual Fake News Awards. Their information monopoly, intolerable double standards of supreme hypocrisy, and outrageous criminal activities — such as suppressing and censoring not only all views that aren’t their own, but (in collaboration with the Big Pharma cartel) all effective Covid treatments, thus allowing hundreds of thousands in the US and even OVER ONE MILLION PEOPLE worldwide to die unnecessarily, and now brazen election theft and gaslighting of the population as well as Republican politicians — cannot continue for long without them igniting a hot war… which is probably their intention to begin with. America seems screwed so long as the information monopoly cartel continues. 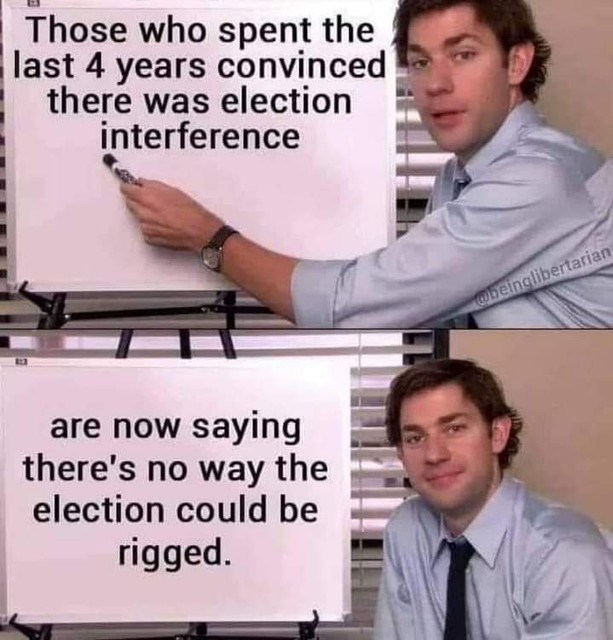 WE are the media now, but the legacy media’s monopolistic influence over many powerful players continues. 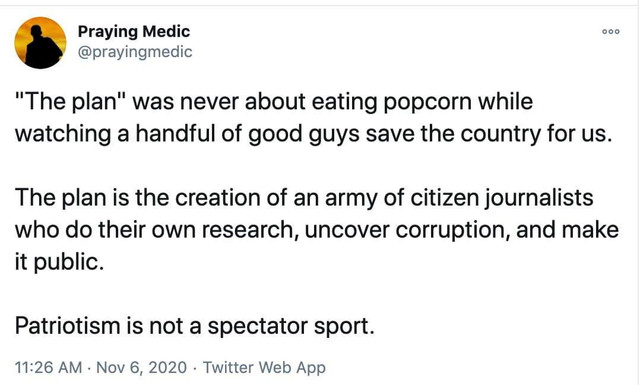 So, will President Trump sign the Insurrection Act and use the military to arrest the criminal network?

Could it happen? It probably should. But how probable is it? I think a declas only is far more likely. A pardon for Assange, Snowden, and Ulbricht would also be great. I don’t know, but the next days are going to be absolutely nuts. Be stoic and prepare for, but don’t assume, the worst:

But even if they didn’t manage to gain back control until 2022 or 2024, how much could America be “made great again”, really? It’s only a matter of time before they gain back control, absent some major event. It’s pretty clear they already have “control”, hence the brazen election theft, extreme gaslighting, censorship of scientists and doctors who’re curing covid with effective treatments, etc etc, even if they only control the minds of less than half of the population. The Big Tech tyrants also have more in store for us. Clearly, we have to dissociate from their system. And the solution is clear (#TheGreaterReset #FreedomCells):

I only wish he would exercise his authority , anyone that cannot see what is going is blind and ignorant and brainwashed.  unfortunately we know the way most people are wired.   It will be very hard with such a large percentage of idiots.  about 50%

Never , the less, I think we are just going to succumb to the big racket.   People are still way too comfortable.  Maybe when natural gas is no longer available, and electric prices are 4 -6 times what they are now.. AND you have to drive an electric car in nebraska in february, perhaps people will wake up.. Unfortunately , I am pretty sure nebraskans are awake.. its those with mild climates between 45- 65 year round.. that seem to be the largest morons.

I do not use twitter, facebook, or google – or google chrome anymore.  I still use android unfortunately.   need to find an answer for that. but did throw out my fitbit.  I do not read mainstream media anymore.  I am doing all i can not to buy anything from amazon.  I wish others would do the same.    I just cant understand how these companies can make money.. if everyone treated them as they deserve.  I also stopped by google and facebook ads years ago.. Mostly because they were a scam.

I have moved on to gab for social.

^ But that’s 50% of awake and aware individuals, vibrating at much higher frequencies even if various fears are being faced.

But they did it so in our face that it looks deliberate. As Bitchute commenter ‘MarxIsDead’ put it: “He was the clear winner as of 11pm on election night. They put the fix in thereafter and didn’t bother to hide it because it is part of the plan for chaos by rubbing it in the face of the American public as they do nothing about it and fan the psychopaths on the left who have been itching for murder for 4 years.”

And then came the January 6th Capitol siege/riot false flag operation. As Jon Rappoport summarized it:

The Capitol break-in is a MAJOR covert op. And like all such staged events, the planned after-effects are the most important pieces.

Yep, and that’s because:

And they already started it before President Trump(/awake Americans) were out of power. Imagine what they’re gonna do next, if Trump doesn’t make the incredibly risky and difficult move that needs to be done tomorrow!

We’re generally assuming it has to be tomorrow, anyway. 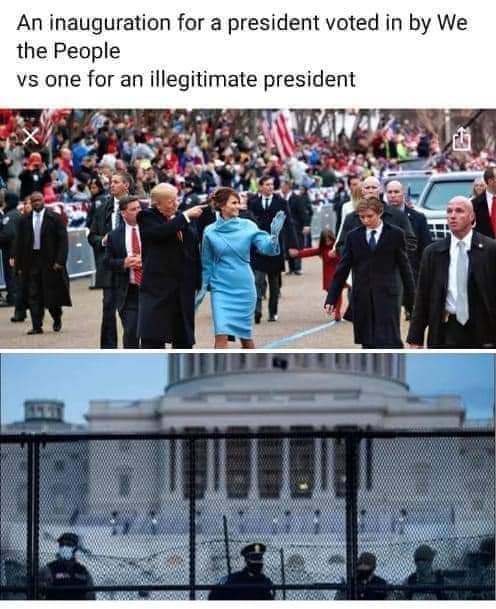 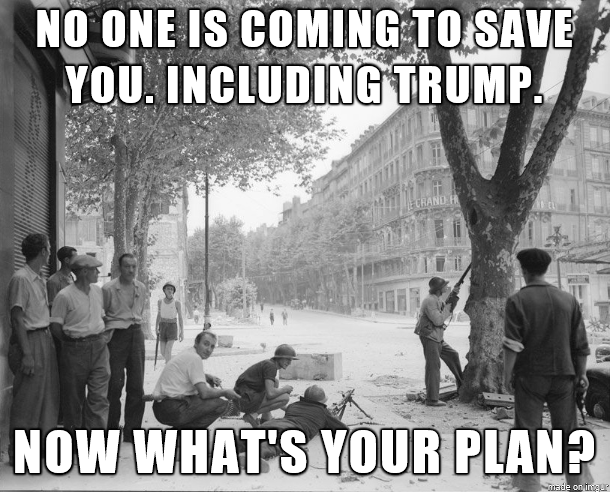 ^ Yes, exactly, don’t expect Trump to save you. You’re the media now, you have to work on influencing your fellow men and women, to build horizontally rather than “build back better” in a centralized vertical “Great Reset” globalist/communist/”stakeholder capitalism”/technocratic monopoly.

Hypocrisy to the nth degree as always.

As commenter T-Paine wrote: “And yet not one leftist goon was convicted of a crime during those riots. There are two justice systems in this country. One for people who follow the law and the other for violent, leftist terrorists who get bailed out by commie, activist judges and politicians. Disgusting.”

The latest circulating rumors are suggesting that it’s likely that they’re gonna try to kill Biden and blame Trump supporters! The 2nd half of the Capitol false flag????? They certainly do not need that walking corpse anymore! He’s a massive liability to them as he keeps messing up by telling us their plans, even bragging about their vote fraud operation. It’s not likely that they’re going to allow him any airtime at all. Couple it with their calls to get patriots to show up at the inauguration despite Trump and every single source I’ve seen saying “stay home”, this scenario sounds very plausible.

Oh wow, this is so nutty. I try not to feed trolls but MODERATOR!!!!!

You are welcome to argue or call people nuts… that is certainly your right in this place of free speech.  Your call for moderation will, I guarantee, be ignored.  While you will likely find at least a few in the community who would line up alongside your call for censorship, the vast majority here will see your post as the opposite of virtue signalling… you are signalling something quite non-virtuous in fact.

Trump has lost. Time to realize it and move on.

(Only) half of it is his fault – the way he acted in the past four years was often reckless and over the top. He had a chance, and blew it.

Question I’d pose is was he simply out of his depth and beaten by the system or is he just another actor playing his role. Same result either way.

Pretty decent psychological operations maneuvers if this were all scripted by the way.

I can tell you the end result of not having president trump.. They will completely erase him and his supporters from the fabric of society.   Openly speak about him or support him, you website is deleted from google and even isp connectivity along with deletion from your webhost – bank accounts and credit taken , business contracts forfeited.  etc.  just for being a trump supporter..  this is the exact same as losing or not getting job, loan or other because you are black..   But they are doing it openly..

Anyway.  ALL I can say is pray to GOD.   Because it is going to get really really bad – Mark my words 3 years from now , you will look back at the time in trump’s reign and pray we could have that back – AND it would be lost forever..   Get ready for 20$ gallon gasoline.   electric bills 3x what they are now.   every one who makes money on the internet with products can look forward to going out of business due to high shipping costs associated with increased fuel costs.. ONLY amazon and huge companies that have these huge shipping contracts will survive.   millions of people out of work.   AND people fighting for the govt handouts..

You will know you were scammed once they put harris in power within the first year and joe biden is nobody.

We will never have freedom of speech.. We will have massive inflation ,  healthcare will be non existent except for mandated vaccinations..  Millions will be killed intentionally.  ALL coming very very soon.