Now that China has thrown its hat in the ring and going full steam ahead for blockchain technology – will this be the springboard for bitcoin price to reach the lofty prediction of $10 million dollars each?

It’s reported that the Chinese government has banned any reference to cryptocurrencies being called a scam. They are preparing their own central bank administered crypto national currency and have indicated their future will be tightly bound to the efforts in various blockchain development.

With the next scheduled ‘halving” event predicted to take place next May, there is increasing interest in the price movement before this time.

$10 million might sound far-fetched but at one point having bitcoin reach parity with the dollar also seemed far fetched and now we are around 10,000 x that point. How impossible would it be to go another 10% of that increase once more?

By some measure – bitcoin recently passed Russia as the 11th largest currency by market cap when including Gold and Silver. 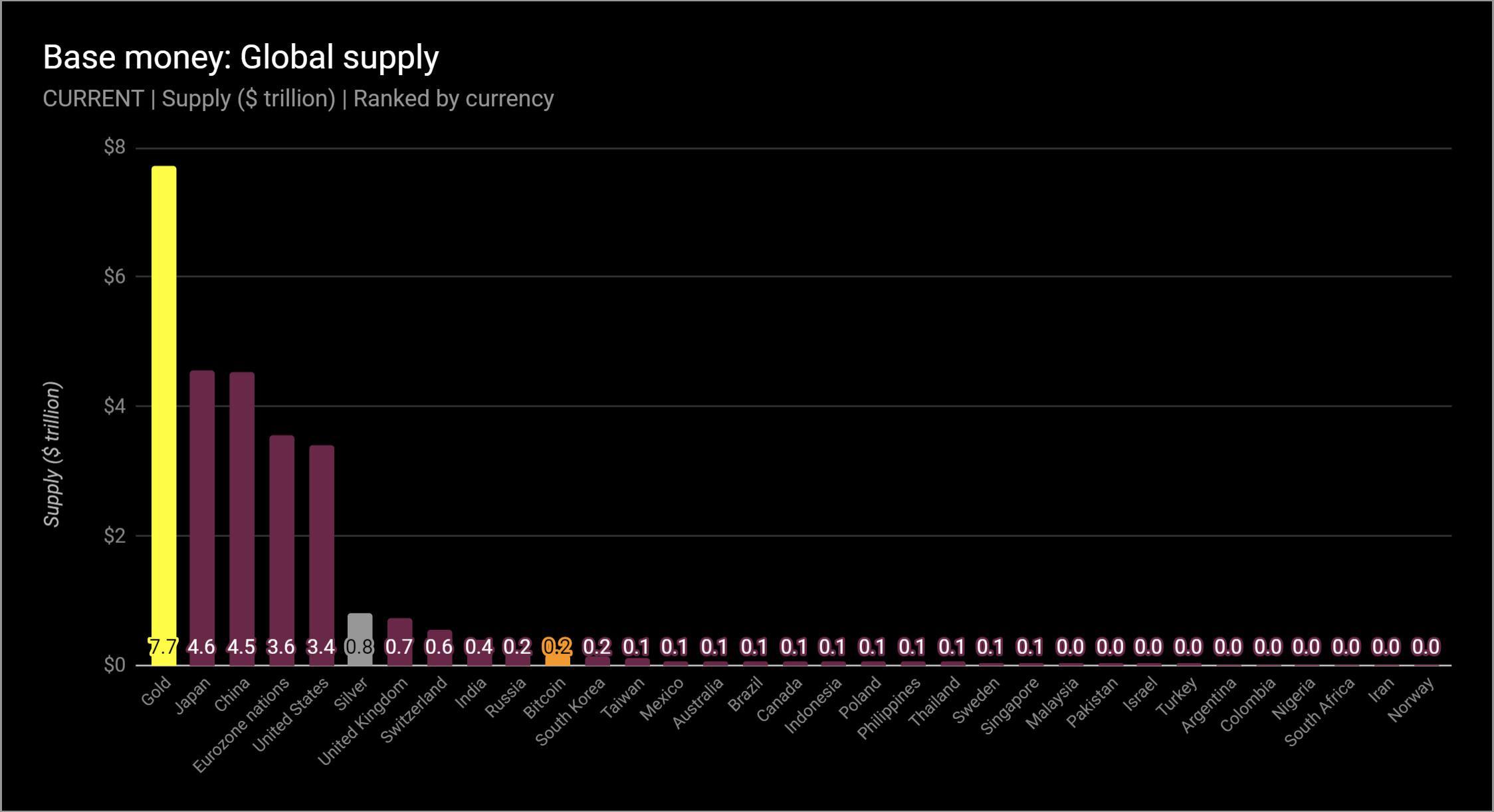 Perhaps the wheels will come off before it gets near this price.  But, would the risk/reward be worth the shot?  Even Roberts Kiyosaki sees bitcoin outlasting government fiat currencies.

Check out this Youtuber’s further research on this topic for more fun.

But all I’m hearing is the same old speculations about the price of the bitcoin token in USD. Elsewhere on this site we’re discussing MMT and hyperinflation. One wonders whether after China announces that the Yuan will be placed on their own blockchain using their own crypto and possibly backed by some sort of settlement medium (lets say GOOOOOLD, I love gooold!) would the price of a loaf of bread then be 0.002375 BTC or $2000 USD? Either way I’m going hungry, or giving up bread.

Bitcoin is already finished. The chart is unequivocal. Bitcoin went parabolic, suffered a classic blow off top and then failed to exceed a 50% mean reversion on its recent bounce back.

It’s near term destiny is below 5000 dollars but bigger picture is that Bitcoin is dead and cannot ever be resurrected. Not by technical charting standards anyway. Sell and get out.