Wildfire: Like Watching the Movie “San Andreas” … except it’s real

After 15 months of watching an inexperienced Governor deal with Covid19, I can’t help but wonder – what would the state do if faced with a REAL emergency ?

A real emergency … an earthquake knocks down the freeway overpass that is key to evacuation … and starts a fire that forcing the evacuation.

Like if Florida had a hurricane incoming, and the highway everyone used to evacuate failed.

About 1/2 hour into the movie San Andreas, there is a scene where the scientists are in the California mountains, and a 7 quake rolls through, and they realize that that was a fore-shock and that a much bigger one is imminent.

That is how I feel about wildfire.  After watching the ham-handed responses the last 4 years, it’s like that scene in San Andreas.

There was a great article in Rolling Stone in April 2016 – about the fire danger in the New Jersey pinelands.

Will the current fire in New Jersey morph into the bigger wildfire described in the Rolling Stone article ?

They are lucky, no wind in the Monday forecast …

This is a picture of one of the side yards near my house.  I just removed a bunch of blackberry, but you can still see MORE blackberry that needs to be removed in the back.

I am using a gardening technique called HugelKultur … instead of burning the blackberry stalks, I bury them, and then plant a garden on top.

Mostly corn with a little sunflower, on this patch.

Seems like, preparing for wildfire can lead to gardening projects. 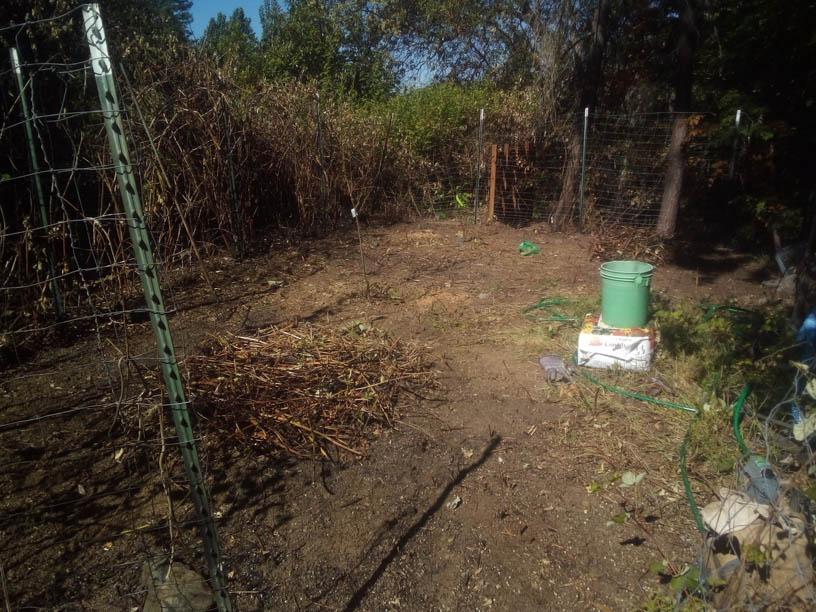 My garden area is next to a Tinderbox of dry wood.  Dead trees on a neighbor’s land etc.

We had a fire about 6 months ago, that was determined to be caused by an aging catalytic converter.  It was spitting out little chunks of hot metal along a country road, and started about 10 small spot fires over a 1 mile section.

It was all dealt with, sort of.

The Pro-active part that I am not seeing … the Governor would pass a “soft law” (no ticket, just encouragement, at least at first) encouraging anybody with an old catalytic converter to swap it out for a muffler.

Mainly, I am not seeing adaptation.

Arson fires, e.g. the current one in Pacific Palisades.

Anyway, I do what I can, and I know bigger fires are coming.