Some notable points in the video:

Moderna were tipped-off to prepare their fledging mRNA technology for coronavirus, even before China had sequenced the virus. They needed a pandemic event (plandemic) to gain investment for dangerous & unapproved biotechnology – with the aim of regular, biannual rollouts. 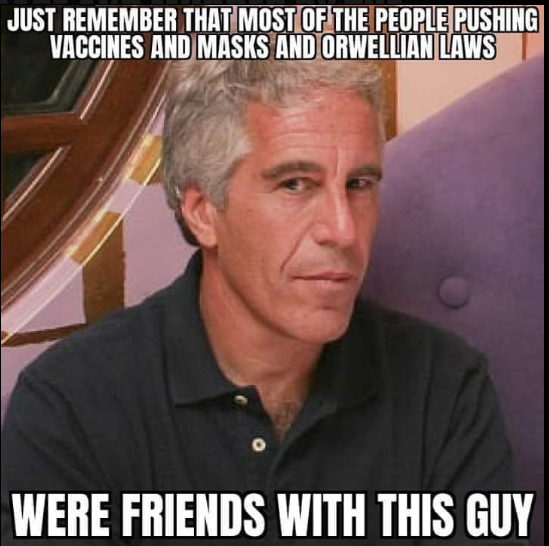 I watched the interview, but I haven’t read the article yet. It seems to me Moderna was created for the purpose of developing mRNA “vaccines” for Covid. DARPA funded the R&D with taxpayer money, to show ‘proof of concept,’ which Bill Gates et al used to lure investors for Pfizer’s version.

This current plandemic was set in motion 20 years ago, as a contingency, in case the public ever found out about Jeffrey Epstein or 9/11. Did TPTB also create the GFC? To distract from the Iraq War? To get the bankers to go along with vaxxing the bottom 99% against a mild pandemic? Swine flu H1N1 2009 showed how easy public fear can be created, turned into big profits.

Chile has gone Vax INSANE!  That is the bigger news, for me, detailed by Witney Webb in this video:  apparently that is where she has been living and, is now, TRAPPED!

I know a thing or three about Chile.  I’m not the world’s expert, but I’ve spent about a month there over almost two decades,  and I’ve driven a good expanse of the country (from about 4 hours north to about 4 hours south).

For most of the last twenty years I regarded Chile and approximately the SAFEST place to be during hard times – especially hard economic times.   I had talked to a number of citizens, across the political spectrum, about the Allende (socialist/communist) regime and the brutal 1973 coup d’état and the decades-long military dictatorship of General Augusto Pinochet.  I read about the CIA involvement in that.

But I figured that history would make Chile … well…resilient.   The people were nice, the population was low, the resources were high, the work ethic was strong, Santiago was almost European in many regards (actually the population IS largely European mixed with native indian; I was told African slavery was never practiced there).

Chile has long been at the top of my list of places to possibly move to in case of peak-oil or US economic collapse, and I even spent some money on a lawyer down there, looking into possible second citizenship.

So, for years, Chile has been haunting me as a major “to do” that I never quite got around to doing.   The riots of a few years ago, surprised me and delayed that again.  Then Covid.   Then I heard they were requiring WuFlu Vaccines for any visitors.  Then, just last May 16, I so happened to search for “Chile news” only to find that the population had voted by a whopping 78% to throw out the right-leaning President and — even more shocking — throw out their Constitution (although that was a surprise to me, and apparently to the ruling party, it kind of made sense in that the first Constitution had been imposed on them by Pinochet.

One thing that bothers me is the lack of solid, 1st hand, information on how various countries have been handling Covid.   I did know Chile had been early in vaccinating and had border restrictions.  But I had no idea the lockdowns were this bad within the country!  It sounds almost as bad as Australia or Canada down there! And THIS from a population WHICH JUST VOTED OVERWHELMINGLY TO THROW OUT, EFFECTIVELY, THEIR ENTIRE GOVERNMENT?   The Chileans who dared to throw out their entire US-imposed Constitution were, at the same time, kneeling to the US Vax??  WTF???

I think everyone should think about that.  If Chile isn’t safe from this dark enchantment, then I think we better consider that perhaps no place is?

PS.  I am really frustrated that this forum is SO CRIPPLING in its inability to search and structure posts and threads.

We have members here from fall over the world — and probably members have pretty solid information on how MOST countries are faring, because of travel, friendships, and family.

WHY THE F* don’t we have some level of better information on the state of various countries vs the US?

I’m sorry to throw a tantrum here, and I know there are some good technical hurtles, but we DESPERATELY need vastly better real-time news on what is going in various countries around the world.

THIS COUP IS GLOBAL.  THE INTERNET IS, ALSO.  WHAT IS THE OPPORTUNITY LOST BY THIS FORUM BEING, EFFECTIVELY, U.S. MYOPIC AND THE MEMBERS BEING SO WALLED-OFF VIA A CRIPPLED MESSAGING SYSTEM?

Anyone who thinks hunkering down in the US is going to get them anything but a few more months than, say, Chile or Australia or China is living in la-la land.   We need to be MUCH better able to compile and share resources, and we need those resources to be persistent and possible to bookmark, at least.

Can’t we AT LEAST get an update on the new website and the ability to begin beta testing whatever is somewhat-working?

I’ve read “The Mythical Man Month”.  I know about software overrun.   I can imagine how big the task is, here.   BUT WE ARE FACING AN EMERGENCY — so…to quote Patton:

“A good plan, today, is better than a perfect plan next week.” Even a buggy or incomplete site RIGHT NOW that can facilitate networking and group planning/sharing of information better, and has a better messaging system, is better than a perfect site next year.  These are unusual times.  And time is precious right now. This is an opportunity LOST, that cannot be made up later.

All the nations are heading in that direction – a full social-credit system & mass-surveillance state.

The march towards a surveillance state seems to be widespread, and most prevalent in disarmed populations. So some US states may look pretty good in 6 months or so (relatively speaking). The least corrupt nations are also doing well, (the Scandinavians so far). I think the ‘armed population’ represents the best long term hope, from a perspective of being in a largely disarmed one.