where the hell is chris?

We have been having the same conversation; when you allow violence to run rampant for whatever end (Portland), then pretty much anything goes. The only positive that has occurred to me with regard to the coming digital currency and the level of control that will bring for government is….crime. The criminal or illegal economy runs on cash and is surprisingly large, with multiple players from all walks, and will not go away any time soon. Of course maybe that is basically what our ‘government’ is, organized crime (used to say it as a joke).

“I think this is where I am at too. I think I am mourning the death of enlightened civilisation.”

It’s weird to look back on your life.  I don’t want to get too personal (because boring) but about 15 years ago I was at a point where I was ready to finally meet someone to share my life with and realizing the dating standards were still where they were in junior high school.

I don’t think enough people appreciate that without a prospect of female companionship most men could take civilization or leave it.  After a while you start realizing you could just wheel the motorcycle up the front steps and work on it in the living room.

Even though I did solve the problem with companionship years later, that crisis was when I really started my “divorce from The West” which I realized simply didn’t have anything for me (or had even “left me”).   Of course my difficulty relating to others stemmed from me already having strayed too far from the accepted narratives, but back then I still thought it could all be saved.

Your comment about people agreeing with you but still not wanting to change because the idea isn’t reflected in the media reminded me of that feeling.

Honestly when Chris started talking about the establishment reaction to HCQ I had that same sick feeling of, “Shit not this too now, I thought at least medicine would be safe.  Maybe Chris is wrong somehow”.

But yeah, this too.  I try to remind myself that none of us can know how its gonna come apart.  We need these information scouts like Chris to show us things we hadn’t thought about before or to make us think about stuff we don’t want to think about.

He’s not the only one but he is unique in so many ways.

Thanks for keeping this thread going. Glad we moved past rehashing 911 and are back on board with where Chris seemed to be headed. Don’t forget that he was also very concerned about the “Great Reset” too. Looking at his last few Twitter posts seems to also indicate that he was at a point of acceptance versus thinking the game can be changed. Carlin said it well here.

Best wishes Chris. I can’t help feeling that Big Pharma has threatened you just as they have perhaps dealt to many alternative medicine practitioners anecdotally.

If so do what you need to do to protect yourself

yeah. Seems like the reason there has been no brief “I’m ok, just dealing with investor relations and it’s all under embargo/NDA” message is because it is profoundly NOT ok, and one of the demands upon him is to produce some such messaging supporting a Legend to their liking, and he is resisting this and other demands with total refusal, which is the sort of principled stand we would expect from Chris.

Which is also a form of respect to us, knowing that there is an audience here that can deduce evidence via absence.

” They were conspicuous by their absence. [=it was very noticeable that they were not present]
”

So, a shrewd use of power from a disadvantaged state, probably pretty extreme, under duress from a non-state actor.

While I am curious about “where the hell Chris is,” I must say I’ve never seen so much far-reaching supposition and projection on a situation. Will the human mind never rest? If you read the posts, you might find some mild, and almost comforting humor here. Almost Mark Twain-ish.

Chris: “Do you expect me to talk?”

Klaus Schwab: “No Mr Martinson, I expect you to die” 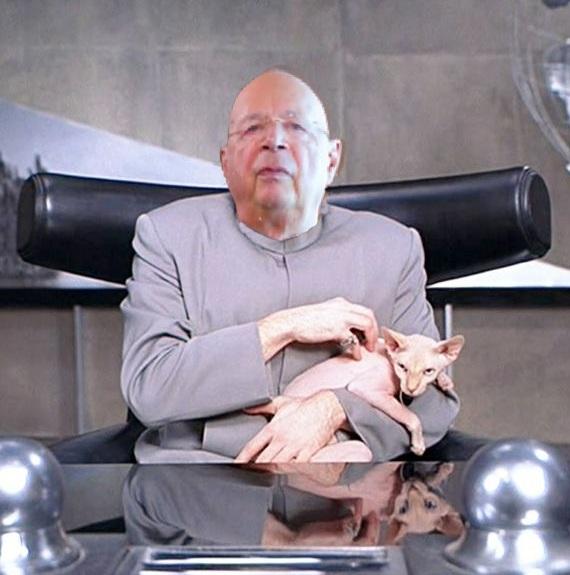 Chris : “I’m calling it on Ivermectin, this is a hill I’m willing to die on.”

Chris is/was the heart and soul of this website, without him, my interest in future content is greatly diminished.  Look at the skillsets and integrity he brought to analysing the scientific data around COVID. When the censorship from Youtube etc ramped up, Chris remained a danger to the narative makers. He was about to step off the controlled platforms. Hydrochloroquine and Ivermectin was bad enough, what was he about to connect the dots to?  The real reasons behind the lockdowns? The effectiveness or dangers of vaccines? (who would really be surprised in 5 years time that widespread infertility or autoimmune disease followed, for example). No, it couldn’t be allowed, he had to be silenced. I would like to congratulate the agency/group for what appears to be a successful takedown of Chris under the Trojan horse of “investors” offering to expand the scope and reach of the PP brand. Adam and his guests don’t pose a threat to them.

Yes I would like to know the same thing. He was even making a live broadcast room. Where is he? What happened??