What Got Berenson Blocked?

I saw the tweet myself, but I didn’t connect it with his suspension.  It was:

Vaccines will make you free.

Alex Berenson himself explains in his latest substack:

I was in Poland to talk about my novels, and I’m Jewish, and it seemed wrong not to go to the site, to try to understand what is impossible to understand.

And so I tweeted “impfung macht frei” on Friday morning: Vaccines make free. The reference is not to the vaccines as agents of mass death – they are not. The reference is to the lie that vaccines would set you free, if only you would shut up and line up when it was “your turn.”  [emphasis added]

There’s nothing like an Auschwitz reference – made by a Jew – to get the Oligarchy upset.  I visited the camp in Germany too.  It was a surreal experience.  Not only Jews died there.  Lots of different groups.  Anyone that the Nazis didn’t approve of.  And the lie at the front of the camp was totally twisted.  Work didn’t make you free.  And neither will this shot.  That’s what Alex was saying.  Impfung macht frei.

Based on the response from @jack, servant of the Oligarchy: these three words are absolutely lethal.  They strike right to the heart of the matter.  A “noble lie” – but not so much, if you are the one in the camp.

“When the flak is especially heavy, you know you are right over the target.”

Maybe – sign up for Alex’s substack?  Most of the posts are free. 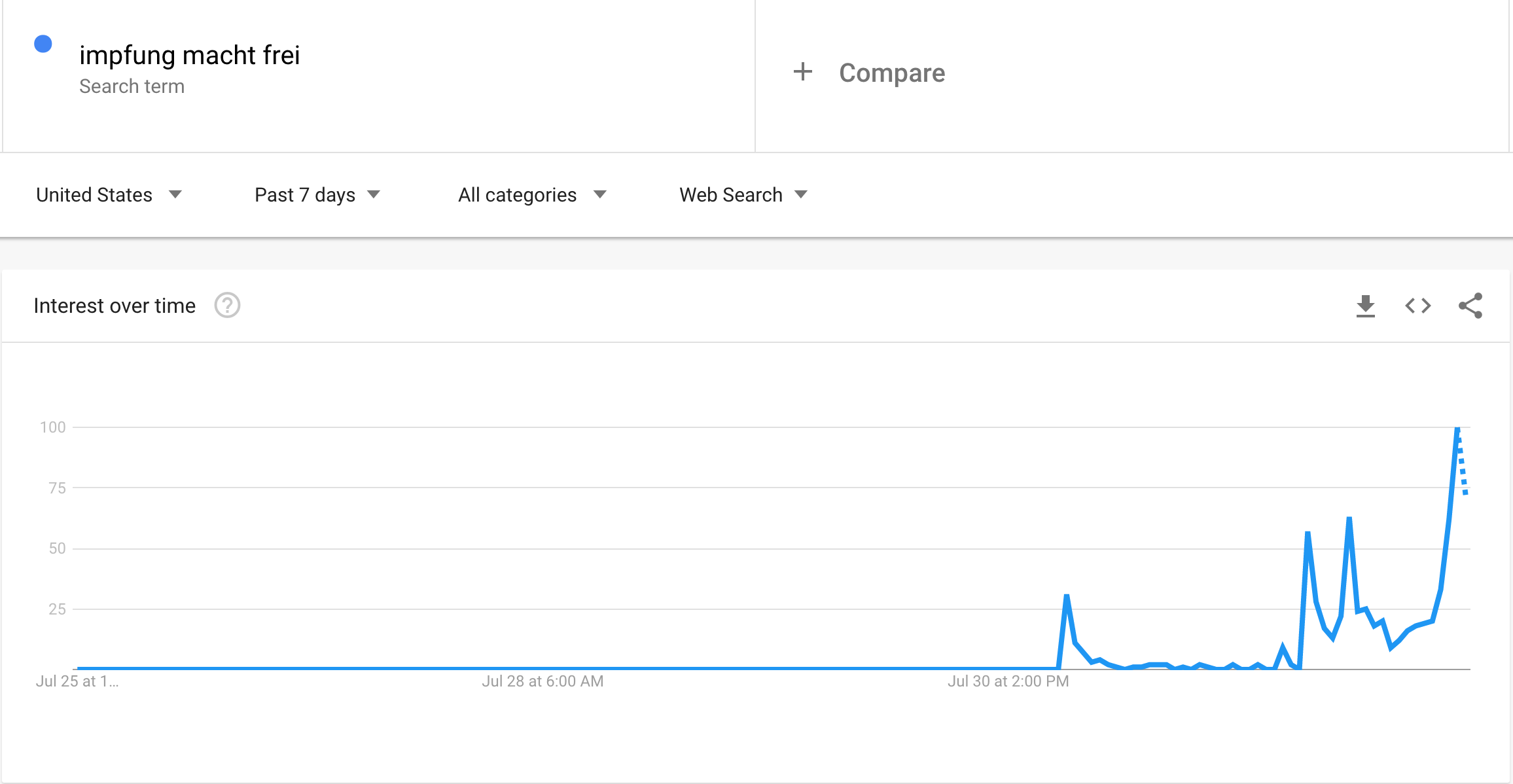 AB has been poking the bear for some time.  He doesn’t believe in long Covid and is very skeptical about IVM, but he has been relentless on other issues that can’t be welcomed by the Oligarchs.

while i don’t agree with blocking, Bereson does do more ‘shock’ factor. Some of his posts aren’t that well researched, he does take some things out of context instead of working through the data.

In the past we had a solution for that. If you constantly got it wrong people stopped believing you. In the era of mass censorship, you cannot possibly be wrong more often than the state.

: a person who is obstinately or intolerantly devoted to his or her own opinions and prejudices especially : one who regards or treats the members of a group (such as a racial or ethnic group) with hatred and intolerance

Are we not blind to our own bigotry with regard to WWI &II?

You may quote me,

Kaiser Wilhelm II knew this and his conscience is clear.

It was the British Empire that started the whole brother on brother butchery. They tried to cripple Germany’s progress. Germany built a railway line to Rumania to buy Rumanian oil.

The bloodbath was an oil war.