“So, yeah, it might be catastrophising. But then I thought those other things were too. When do we just believe the worst of people and institutions that continually surprise us by instituting our worst suspicions. Maybe we should prepare for worst case and hope for best.”

How do you prepare for being gunned down in your pajamas? You can’t. Whatever benefit you think you gain by thinking about it is negated by the trauma you are inflicting on your psyche.

If they were going to try to force you, they would just do it. The fact that they are bribing people with money and swag, threatening with restaurants and gyms, tells me that they can’t [ or wont ] use force. Believe this; force is the very first thing that governments go to. The entire thing runs on force.

The fact that they are coming out saying “pretty please….we’ll give you a donut! Here’s a hundred dollars! Make it a thousand!!”…and then appealing to private business to enforce mandates [ because they dont want any part of the blowback ] should set your mind at ease.

This tells me they want no part in setting themselves up to be demonized. Theyve consulted their legal oracles, run the numbers, and decided very early on that force was not an option. If it were, they would have come out on day one and said ‘everybody gets the shot, period’.

Thats the way it seems to me right now. I concede that things could change…it could get worse [ but it could also get better ]. I think they are running out of time to impose concentration camps and shooting citizens in their pajamas. The fear is abated. I see very few people wearing masks on their own now that the mandate is lifted, people arent talking about covid anymore, we’re all tired of it.

To come out now that the panic is over, and start dragging people to concentration camps, and killing them in the name of ‘concern over public health’, is going to be very thin gruel. I would also point out all the things that the ‘doom community’ predicted that never happened;

The government was going to default

Climate change [ we were all supposed to be dead now according the “science” back in the 1990’s ] including every prediction made by the IPCC.

Running out of farm land [ famine ]

I know, I know “Its coming!” lol. You know whats really coming likely long before any of those things?? Your own death. And when it comes what a bitter tonic it will be to realize all the time you spent worrying over things that never happened while your precious life was slipping away. You were supposed to dance while the music was playing,  now the music is over and look how you spent your precious gift!

Brushhog can you be my life coach? Lol! Keep the white pills coming! 👍🏻

Brushhog has some valid points. Preparing for a dark future is a vital exercise imo.
I mean to me, “they” have been able to divide UK over Brexit, bring  Jeremy Corbyn down in a soft coup, divide USA into MAGA’s vs the rest etc etc. No small feats those.

The dangerous part of it as in those examples is that they don’t have to look too bad if they enforce a jab or 2 if the majority stand around applauding while they do it.

The other thing is in an asymmetrical situation the Iraqis basically defeated USA so it can be done.

The other thing is in an asymmetrical situation the Iraqis basically defeated USA so it can be done.

What is Doctor Martenson’s position on getting the vaccines? I don’t know. I see a lot of opinion here but I don’t know where the good doctor stands on this issue.

i turned of some CNN clips just to get the pulse, and it was repeated and repeated with unvaccinated blamed and shamed, and talk after talk about how it should be mandatory and how companies and all need to make it as difficult as possible for people to remain unvaccinated.. then of course social media is a dumpster fire, of people basically wishing banishment or death upon the unvaccinated and that they’d love to watch and gloat over people as they die.

Why is this relevant? Is he an omniscient God?

Ha!
“I love the smell of historical awareness in the morning” 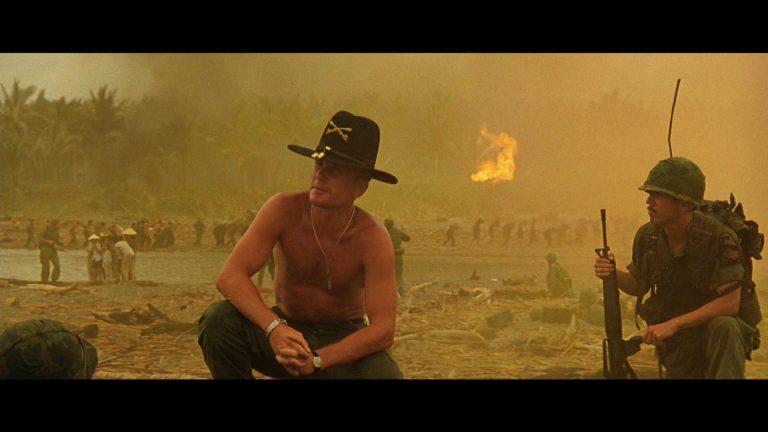