I’m actually surprised that you took delivery at COMEX yourself (i.e. without using a brinks’ truck or similar service). Seems to me like it would be pretty easy for a criminal to figure out that a guy like you who goes in, waits for them to go slowly, then walks out must be carrying at least one 100oz bar. I’d be incredibly paranoid about someone tailing me and robbing me if I took delivery in person there.

So when this blows up, everybody and their dog will want to dump their gold and the prices will plummet? When will prices skyrocket after that due to scarcity?

My thoughts on the tungsten story are here:

It wasn’t a problem at all.  I had my father (Force Recon/Marines), Brother ( ex-SEAL) and Brother in Law (ex-SEAL) with me.  Brother Driving me with the other two behind in vehicle.  You get walked out of the CONEX by armed persons (to the door).  Everyone was armed other than myself until I got into the vehicle.  Both times I walked out without a hitch and wasn’t nervous AT ALL.  Like I said, the employees of the facility made me more nervous than walking out.

BTW:  Have you ever been there?  You sit in a location that’s not available to the general public so unless there’s a phone call from an employee (which could happen) then there’s really no way for someone to case you out.  Also, you don’t just walk out the front door

You should try it sometime.  It’s a rush to walk out of a place with a couple bars of Golden Happiness

Taking possession of Silver is pretty much the same but I had to have a larger vehicle.

Also, trying to find places to put this stuff is a pain in the butt too.  I don’t keep hardly ANY on premise of my home so allocating it to different locations can be stressful.

…And here’s another perspective on the Rob Kirby article from FOFOA, at http://fofoa.blogspot.com/2009/11/is-dollar-good-as-tungsten.html .  Here are a couple paragraphs early on in the article:

I’m not going to say too much about this story yet because I am still skeptical. I’m not skeptical because it doesn’t fit the context that we know. On the contrary, it almost fits too perfectly. But this, I think, is my main point in this post. What is most important as we observe this unfolding story is our clear understanding of the context that surrounds it.

We live today in a world of rampant fraud and misinformation. Not much is surprising. In fact, I fully expect some surprises which will DWARF this tungsten story. But still, so far this story relies on the credibility of only one analyst who has uncovered, and/or been given, some incredible information. If the story is true, then we will soon receive corroborating stories from other sources for reasons that I will discuss in a moment.

But don’t assume FOFOA’s article only covers the skeptic-angle.  He goes on, under “On the other hand…” to lay out some really interesting stuff.  Here’s an excerpt:

“On The Other Hand

On the other hand, like I said at the beginning of this post, the Kirby story fits the known gold manipulation paradigm perfectly. Let’s have a quick review.

In his article, Rob Kirby says:

The mention of Rubin, Greenspan and Summers especially caught my eye. It tells me that Rob is thinking the same as me if this story is really true. For the sake of this quick run-through, let’s imagine the tungsten bar story is true.

If so, this epic journey of stupidity by these three men began way back at the beginning of the Great Depression in 1930 when John Maynard Keynes wrote in his “A Treatise on Money” that interest rates and general price levels (infation) were observed to be correlated. Keynes called this Gibson’s Paradox. 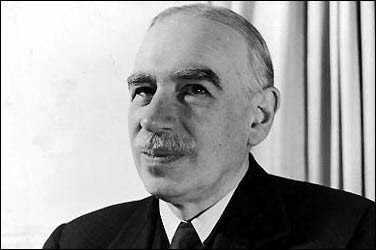 58 years later, in 1988, while at Harvard University Larry Summers published a paper called Gibson’s Paradox and the Gold Standard. In the paper he theorized that government bonds could be made valuable by manipulating the price of gold downward. GATA summarizes it like this:

“Essentially, the scheme as implied by Summers’ paper is to keep interest rates down and government bond prices up by rigging the gold market, gold and interest rates ordinarily being inversely correlated….”

The additional context provided by FOFOA makes speculating on the truth of Kirby’s story more and more interesting.

But Kirby’s story would certainly be more credible if there was more substantive evidence to support it, available to the rest of us.

As I mentioned in my earlier post it is certainly possible that this whole story is just disinformation. I will withhold judgement until more verifiable data is provided.

One would think that if there are so many of these tungsten bars floating around that someone by now would have produced at least one for display to the media.

How much would a 400 ounce gold plated bar weigh if it started out as a 400 ounce tungsten bar???

Maybe the Chinese want to lower the price of Gold with misinformation to jump in at a lower price.

How much would a 400 ounce gold plated bar weigh if it started out as a 400 ounce tungsten bar???

Maybe the Chinese want to lower the price of Gold with misinformation to jump in at a lower price.

Here is a link to the LBMA good delivery bar definition.

From the US Mint:

comes up in the searches about the subject and China has about 75% of the known ore deposits. From a 2005 article:

The wildcard in terms of tungsten pricing has always been the Chinese who control roughly 75% of the world’s reserves in the metal, and supply about 85% of world consumption, currently running roughly 50 thousand tonnes per annum.  The Chinese and to some extent the Russians have pushed the price down in the past by flooding the market with cheap tungsten.

On that front, however, things appear to have turned a corner.  The Chinese are no longer exporting tungsten, but are focusing on finished product tungsten goods.  Also, China recently took measures to curb tungsten exports in order to boost supply inside the country.  Reuters recently reported that the Chinese need to keep more of the metal to make cemented carbide, a hard material for cutting tools.

Further, a crackdown on illegal private mines is underway and it is believed that Minmetal, the large Chinese conglomerate that recently took a run at Noranda, is consolidating tungsten mines and now controls something in the order of 70% of tungsten production in the country.

All of this adds up to what some analysts believe is a supply shortfall of around 7,000t by 2007 that will most likely have to be met outside of the PRC, even if it is to be fed back into the maw of that economic juggernaut.  Presently, there are few major tungsten mines in the free world with the majority of production coming from Canada, Portugal, Austria, Bolivia, and Russia; depending on your definition of ‘free’.[/quote]

So the innovative Chinese could certainly be a source of this kind of special product – not that they have any direct relation to the story at hand.

A thicker plating of gold could defeat a cursory check of such a product, but I would think that someone with familiarity with the real stuff wouldn’t be fooled by this type of scam  – I am guessing that the feel and ‘sound’ of the fakes would be somewhat different since gold is so much softer than tungsten.

I’m now at least 95% convinced that the Kirby article is pure nonsense, but 5% is still a very big number when most of your assets are invested in gold, so I’m still very curious to get to the bottom of this.

Kirby’s statements don’t add up. First he describes what “Chinese authorities” have “allegedly uncovered”. Ok, fair enough. But then he goes on to say that he personally knows people who have “seen the shipping documents”. That just doesn’t jibe.

But that said, I’m not ready to write this off completely yet. One of the disinformation tactics used by governments is to plant people who intentionally exaggerate the truth so much that it becomes unbelievable. This business Kirby is reporting about how 1.5 million 400oz tungsten bars may have been sold into the market just isn’t credible, IMHO. But if one were trying to cover up a TRUE story about 1,500 such bars, exaggerating the story to 1.5mm bars is a plausible way to discredit what might otherwise have been a legitimate concern.

Does anyone have any HARD DATA about ANY tungsten bar being found here in Hong Kong? I’ve heard the rumor from quite a few sources now, but I’ve yet to see a news story evidencing a formal official acknowledgment that ANY tungsten bars have actually been discovered.