The Window For Consciousness To Survive

“The assent of the mind to the truth of a proposition or statement for which there is not complete evidence.”

If you consider for a moment, we don’t have “complete evidence” for a whole lot of stuff in our lives.  Its just a non-religious belief system.

Could we dig up complete evidence for everything?  Maybe.  But we don’t bother.  We don’t think we need to.  Because we have faith that, if we put forth the effort, we could.

This is very interesting to me and I will bet, to many others here.

The Blue Church is a kind of narrative / ideology control structure that is a natural result of mass media.  It is the way that a mass media led group is brought into coherence.  The Blue Church is the consensus mind space and the mechanism to herd the herd into a common action. [Hello Bernays]

In mass media, the camera is focused on one person while thousands of audience members participate only by “receiving” the narrative.  Same for print media, where a writer tells us what happened (the news) and opinion leaders tell us what to think.  The millions just receive.  Opinion leaders write the narrative. 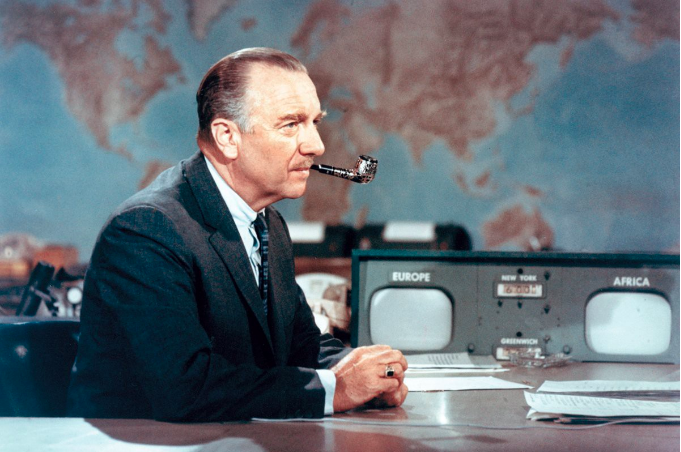 Complexity (due to large populations) creates the need for coherence (everybody agreeing on what is true, correct and how we should act).

A society of millions of people is very complex and needs coherence.   Only when the millions all agree that a red light means stop and I must stay in my lane can thousands of us drive together on roadways without mayhem.  This is a consensus agreement on behavior.

Control structures are required to keep human society coherent.  Imagine the complexity of a single person controlling one paddle in a canoe. Now constrain the oar to a single arc by using an oar lock.   Now scale up to 10  rowers in a Roman galley each doing their own thing and each debating where the boat should go now.   … After talking about the difficulty of controlling one oar ….

Now add another ten people into the boat.  … The complexity of this overall system exceeds the natural control capacity of “group flow”. Try as you might, it is darn near impossible for a group of twelve people to “self organize” into a coherent rowing team.

Unless you put someone in charge. (a control structure)

Add someone to the front of the boat whose job is nothing but synchronizing the whole team (“stroke!”) and reduce everyone else’s job to responding to the signal coming from that leader (“stroke!”) and suddenly the system comes back into control. In effect, you’ve replaced thirteen individuals with one “group of people” and one “leader” in a control hierarchy. …. As long as the people rowing the boat stay inside their box and the coxswain says in a simple rhythm that everyone can follow …. 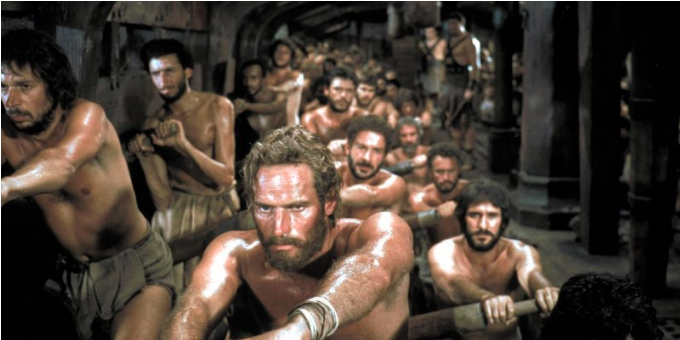 These are the core concepts to understand the Blue Church.

There is a powerful need to fit into a narrow range of “good opinions” within the Blue Church narrative.  Group acceptance and status depends on us having these good opinions.

Now the millions are not just “receiving” the narrative.  Lots of give and take.  Thousands and millions are writing, blogging, thinking, developing and expressing their own ideas.

The central control of the narrative begins to fail.

This is what is referred to as the Blue Church being in jeopardy.

It might, then again we are not much different than a parasite on a host (the earth).  You are saying we’d have to adapt to live on a new host.  Once we do adapt, the odds are pretty high we’d eventually start to grow again until we ended up back in the position to kill the host.

At first I thought the difference might be one of visibility.  If the new host was constraining enough we’d be reminded of the risks.  However, once we adapt and several generations go by people would likely revert to their natural behaviors and start to devour the host.

The people on Easter Island had to see the imminent destruction of their way of life as they cut down the last few trees to move their giant heads.   It didn’t change their behavior.

[I’m reposting this, since the original post disappeared after an edit.]

Ever heard of Bertrand Russell’s joke called “Last Thursdayism”? The idea that the Universe, we & our lifetime memories were created last Thursday?

Well, think about it for a few minutes, and you’ll see that science cannot argue in any way for or against it. If all scientists in the world joined their forces, they still couldn’t come up with a single argument for or against this “theory”.

Even more, science can’t even calculate how likely or unlikely such a theory is. There is no math and no physics that can be employed in order to calculate the likelihood of this theory. It could be very likely, or very unlikely, there is no way to tell from a scientific point of view.

Let’s be clear about this: science inability to deal with Last Thursdaysm (LT) dows not mean that LT is false. It only means that science cannot tell whether LT is true or false.

Certainly, none of us believes in LT, but this is based 100% on pure faith alone, not at all on science.

And if one says that if LT were true, than God would be a liar, let’s warn him that this argument (though a very good one) is a moral / theological argument, not at all a scientific one.

After a few more minutes of thinking about LT, we realize there’s a very good reason for science’s utter impotence in regards to it: science cannot see into the past. Period.

Science can build smartphones and space shuttles, but it cannot see into the past.

Theories about the future can be verified. E.g. PeakProsperity predicts an economic crisis X months from now. Well, we just wait X months and see whether that happens of not.

The time lag between mistake and catastrophic consequences on Easter Island really doesn’t compare with living in an artificial habitat. The former was a matter of months and years, the latter is a matter of days or hours (if not minutes or seconds).

Anyway, sometimes we behave like a damaging parasite and sometimes we behave more akin to a symbiotic relationship with the environment. Behaviors can be changed, both for the good and bad. Haven’t we seen positive examples here on this site where people are operating businesses and agriculture/horticulture in a regenerative way rather than an extractive one?

If your mindset is that we are inherently a parasitic, doomed species, that only brings you closer to that outcome. But a (cautiously) positive mindset doesn’t really have a downside. And if our consciousness does have the power to influence our environment and circumstances, it might just be an advantage and help us get where we want to be…

Russell had another thought experiment.

A teapot, just as ridiculous as the concept of a “God” but also equal in the ability to totally disprove it.

Science cannot prove that said teapot does not exist.

Maybe some people believe there is no such teapot. They believe so based on FAITH alone.

Maybe some people believe there actually is such a teapot. They, too, believe so based on FAITH alone.

One may argue for hours about where the burden of proof lies, but in the end the same sobering truth reigns supreme: Science CANNOT TELL whether the teapot is there or not. And science can’t even calculate the probability for the existence of such a teapot.

I am in agreement with davefairtex that consciousness is certainly powerful and worth studying.  I study it daily in my own life.

I suspect that those who control the flows of money, would actively suppress the overt study of consciousness, as they are well aware that a conscious population would perceive their manipulations clearly and remove them from power. Ie. stop giving their power away to the elite.

As we each explore the power of our own consciousness, we build toward the awareness of critical mass. Once achieved, we will collectively stop giving our power away and the system will have to change.

I am in agreement with davefairtex that consciousness is certainly powerful and worth studying.  I study it daily in my own life.

I suspect that those who control the flows of money, would actively suppress the overt study of consciousness, as they are well aware that a conscious population would perceive their manipulations clearly and remove them from power. Ie. stop giving their power away to the elite.

As we each explore the power of our own consciousness, we build toward the awareness of critical mass. Once achieved, we will collectively stop giving our power away and the system will have to change.