The Great Reset from a Biological Science Perspective

In 1973, an important book was written by Jonas Salk, the inventor of the polio vaccine.  The book was called “The Survival of the the Wisest”.  The book was a merging of biology, sociology, and philosophy. It started with the notion that populations of all living things that exist within closed systems must follow an “S” curve shown below from the book. 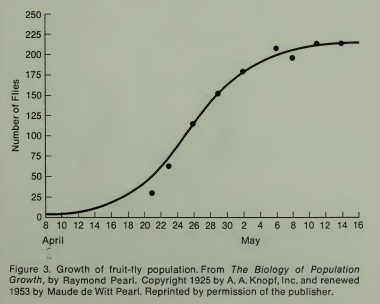 The book describes a critical inflection point between what is called “Epoch A” and “Epoch B” shown below from the book. 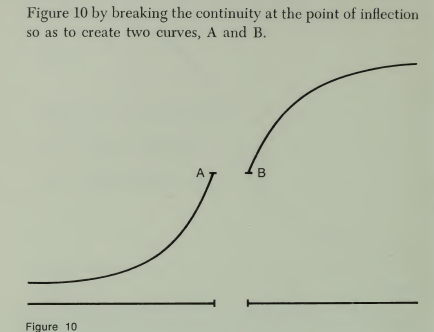 As a species, the human race has been on Epoch A for thousands of years.  Jonas Salk believed that we are at an inflection point and are transitioning into Epoch B.  He believed that during Epoch A, with infinite growth came the ability for nature to naturally select for the survival of the fittest to grow the fitness of the species while while naturally weeding out weaker members over time.  He believed that fundamental changes in values need to be made for Epoch B.  Specifically, that populations need to be focused on the collective instead of the individual to make better choices for managing population growth in order to maintain the necessary balance within the closed system.

Jonas Salk believed overpopulation is a critical issue of our time and that the inflection point for our species is inevitable as it is with all species, given our existence within a closed system.  We can delay it with technology to a point, but it will ultimately happen.  The degree to which a population crashes to a painful negative growth prior to stabilization depends on the degree to which it has already passed the point of sustainable balance.  He believed that we are collectively faced with fundamental changes in the way we think about our place in the world in order to transition to Epoch B.

Jonas Salk was a eugenicist.  As a biologist, he unemotionally believed that the best path to optimal long term propagation of our species involved improving our genetic pool while culling genetic weaknesses over time.  This was thought to be even more important in Epoch B when unlimited growth is no longer possible within our closed system.  He did not believe in the possibilities of the “Star Trek” model of unlimited growth of our species into an unlimited universe.

Jonas Salk’s work and his institution, the Salk Institute, are connected to many elements of the global power structures in place today.  MRNA technology was invented at the Salk institute in the 1980s.

This book is a pseudo Bible to many leaders within powerful global organizations including the WEF, the Rockefeller Foundation, the UN, powerful investment firms including Blackrock and Vanguard (who together currently own ~25% of most major public companies in every major sector in the world), and the World Banks.  These entities collectively have more power now than individual governments.

There is a prevalent belief within these power structures that we are at an inflection point and they now have the power to dictate the future trajectory for all of humanity.  Climate change now provides a burning platform for a sense of high urgency in this regard.  The Great Reset is an attempt at a coordinated execution of all the things needed on a global level to transition our species through the inflection from Epoch A into Epoch B with increased governance and control believed to be necessary to make it happen.  It is believed that disrupting and dismantling historical western values based on individual rights is necessary to accomplish this.  This has been in the works for more than 50 years.

Everything we are now seeing, from the pandemic, covid lock downs, mass vaccinations, vaccine mandates, green passes, climate lock downs, centralized digital currency, global governance, corporate ESG scoring, individual social scoring, carbon credits, and population control are connected together in the “building back better” inflection of our species from Epoch A to Epoch B.

We currently have the largest transfer of wealth and power occurring in the history of our species.  The consolidation of power is startling and is enabling the great reset.  As an alternative, could it have been possible to create a coordinated global awakening of key collectivist values (for the good of the whole), while maintaining decentralized power?  This may be too much to ask based on inherent human motivations.

From a historical perspective, centralized power has often led to the loss of inalienable rights, a cornerstone of western societies, which over the last 200 years, have arguably contributed to the greatest scientific and artistic advancements in human history.  Loss of inalienable rights has often led to stagnation and catastrophes through history.  It is called totalitarianism.  We are currently living through significant erosion of historical western constitutional values in an effort to “save the world”, and for the first time, on a global level.  Western values are considered obsolete and must be expunged to enable the necessary transition to Epoch B.  The degree to which this process continues to evolve into total loss of inalienable rights and totalitarianism is yet to be seen.  This is the fundamental question that faces humanity.

As individuals, we must now choose to be passive and do nothing, endeavor to survive and thrive in the new world order, attempt to stop or redirect it, or escape from it in “under the radar” social ecosystems that maintain notions of inalienable rights, liberty, and freedom.

I think its amazing, the lengths human beings will go to in order to justify why they should have all the stuff and tell everybody else what to do. They always try to back their bullshit up with science, philosophy, religion, etc.

See its not that Im a greedy, selfish, power hungry jerk. Its because “science”…. or if this were 100 years ago it would be because…. “God”. If the people pushing the great reset really believed that we were entering a new epoch where resources and power should be shared collectively and not individually…then why are they all billionaires and heads of state? Why dont they share their wealth, resources and power?

You should give up your privacy, autonomy, wealth, property and rights…science says so but Klause Schwab and Bill Gates get to keep all their money and power. Science doesnt mind that. Their “new epoch”  doesnt demand that they give up anything. Thats how you know its all bullshit.

If collective sharing in the world’s resources were really the goal, then we would decentralize the economy and government, and break up the monopolies of these billionaires. Incentivize small local business instead of large global conglomerates. And if these people really believe what they were selling they wouldnt be billionaires…they’d give it away to rebalance resource consumption for the good of the “collective”. Klaus would give it away and own nothing, live in a green tenement building and be happy…why doesnt he?

That was super-concise.  I’m going to steal it and use it as necessary on the believers around me.  <smile>

“This is the essence of life, to gain another minute.”

Cannot concur.  I would say this is what how people act when reduced to sheer animal terror.  As opposed to making some sweeping statement about human nature or life through the lens of horrific mass murder.

Right now, I’m convinced it is about controlling access to resources. But ultimately the select few intend to escape the confines of a finite world and upload their consciousness to the cloud. Presumably they can enjoy the metaverse.  Sounds crazy, but just look at Ray Kurzweil, Elon Musk, and the rest.

Where will the energy infrastructure will come from to keep it all going? Maybe they will partner with China to exploit resources in Afghanistan, later they may mine Mars.

Who knows, instead of torches and pitchforks, someone may pull the plug.

I agree.  I’m sorry you caught me in a low moment, forgetting about the profound beauty of life in spite of it’s challenges.   I deleted the post but you were too fast.

We all have our low moments. But that’s where a community like this comes in handy!

Thank you very much for reviewing this book by Jonas Salk.  I got my copy when it first came out and met Jonas Salk when he lectured abougt his book at my university in the mid 1970s, and this book has been a guiding principal for many of my thoughts over the years.
I recommend that others read this book.  Many of the predictions from this book (over 45 years now) have come true.  I would like to video conference with others on this topic if there is interest.

Great post, thanks for sharing! What I’ve been pondering, and haven’t found anyone willing to speculate on, is if it is true that overpopulation is such a big problem, but depopulation is evil (duh), then what is the “right” solution?

“When You Come to a Fork in the Road, Take It!”