The Transition Integrity Project mentioned above does seem to indicate a Color Revolution is planned for America if Trump wins.

I would say we currently are smack dab in the middle of a color revolution.

Color revolution is a process which includes distinct stages  before the final push.

The fact that Doug and other CNN, NYT, WAPO consumers are on here parroting the talking points that these Deep State CIA propaganda outlets have identified as part of their strategic preparation to pre position the narrative and normalize what they intend to do  is in fact evidence of one of those stages.

I fully anticipate the current rioting to escalate and for deaths to increase as we get closer to the election including quite possibly that old  CIA favorite~ mystery snipers firing on both sides like happened with Maiden in Ukraine.

Any guess on what our designated color is? 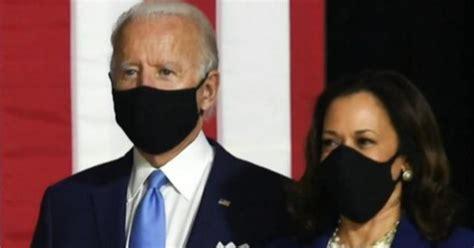 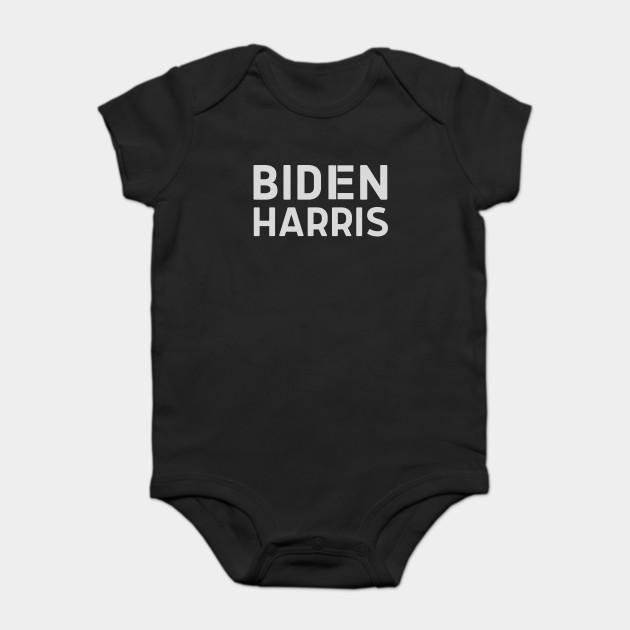 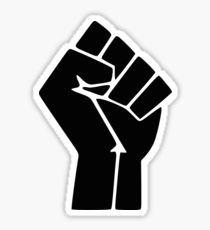 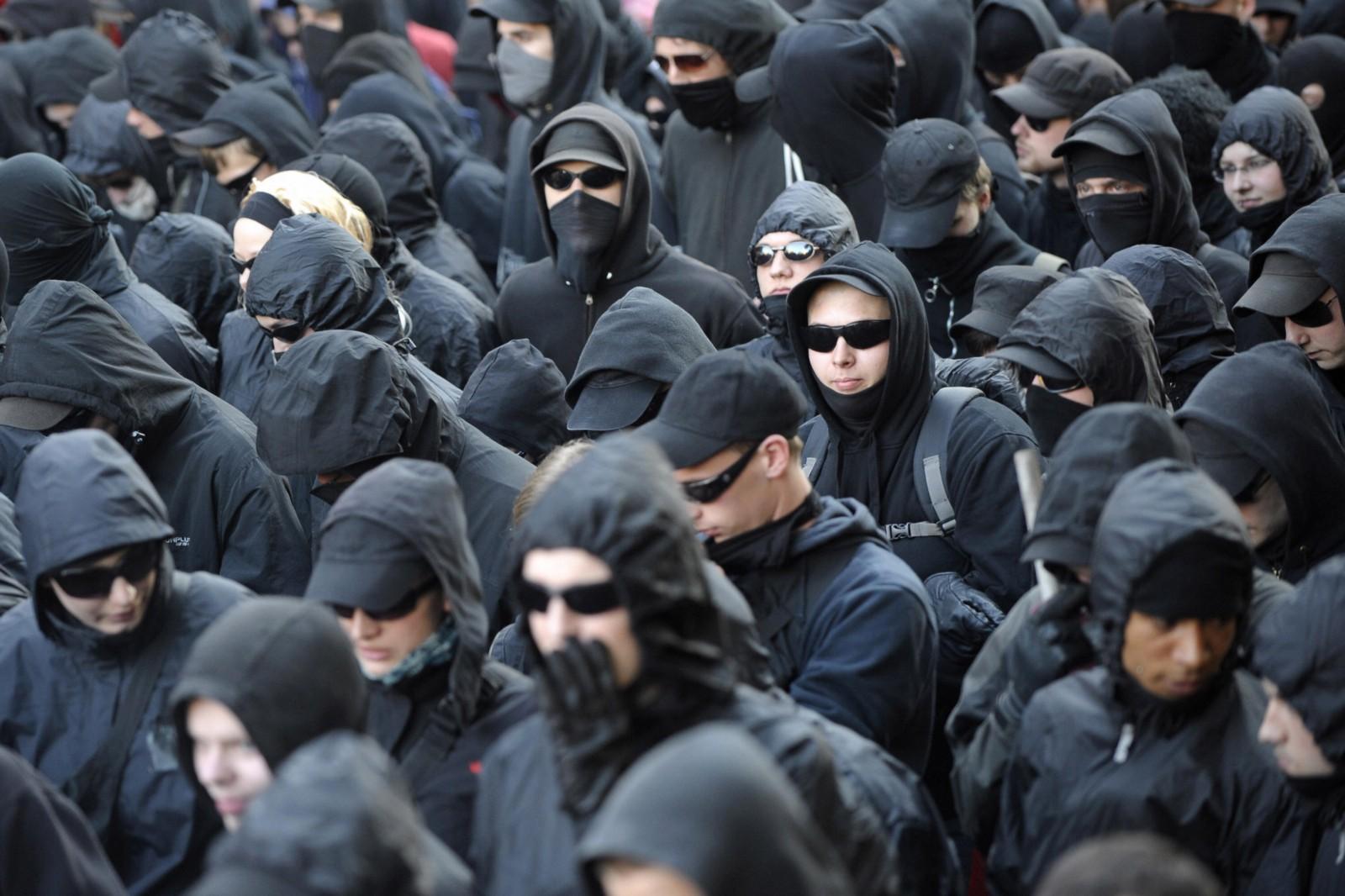 “I would say we currently are smack dab in the middle of a color revolution.”

I used to think “I don’t envy you Americans your choices”, but on days like today I wonder if you even do have choices.

Earlier in this thread someone raised the possibility of the silent and armed majority rising up to confront the revolutionary forces currently operating.   I think that could work to the extent that the “peaceful protestors” in various cities could be met with large groups of armed people letting them know simply that “This shit stops now or else”.

As long as that doesn’t extend to fantasies about this armed mob “fixing America with common sense” or some other such nonsense.

Still,  there could be a real political turning point in limited physical confrontation with these groups.   “No you aren’t burning down our courthouse.   No you aren’t smashing our businesses, how many of you even live here and who dropped off those bricks 12 hours before you showed up?”

I wonder if you’d even have to be armed to do this successfully if enough cameras were running.   Can these protesters start consistently killing regular citizens by the hundreds without losing whatever moral authority they are pretending to have?

Democrat Dave agrees with Democrat Kunstler.  The piece is really worth reading.

The abiding mystery of the 2020 election is how come the Democratic Party, wishing so zealously to win back power, took pains to nominate a candidate weaker than the ghost of Millard Fillmore. Resorting to Occam’s Razor, one might have to conclude that Joe Biden was simply the best they had — a surefire case for the party’s necessary extinction.

The Labor Day starting-gun kicks off the high campaign season and Ol’ White Joe wobbles forth from his lair under a rock somewhere to dazzle audiences of six or eight sympathetic journos posed in “social distancing” formation while the party’s Antifa and BLM shock troops soften up voters elsewhere across the land with vote-winning riots, arson, and looting. There’s a recipe for political success!

How did we get to this absurd dead end situation – with publicly-announced plans for a military coup, and the endless pre-planned “racial” violence (by the apparently all-white Antifa group)?

My guess: the people – the Blue Deplorables – were all set to nominate Bernie Sanders, but the Bankster/Corporate/Eternal War alliance (i.e. the shadowy force lined up behind HRC) knew he would be as independent and uncontrollable as Trump (Sanders might actually end the cartels – remember his “Cheap Drugs from Canada” bill), and so they torpedoed his candidacy, and we are stuck with Basement Biden.

The primary issue: a clear majority of the US public is sick and tired of the Bankster/Corporate/Eternal War gang that has ruled Washington for the last 40 years.  They want either a Sanders or a Trump.

But the shadowy group has determined that neither will be allowed to govern.  There will be no contest of ideas – no Trump vs Sanders debate.  And so – we get a faux candidate, the threat of a military coup, orders from the creepy spider to “never concede”, mobs, looting, and planned destruction.  This will occupy the news cycles until election day, so nobody will look too closely at the faux candidate, and – if they get lucky – the shadowy group might even get a martyr or two by election day.  They are certainly trying hard enough to generate one.

FWIW – I’d pay a lot to see a Trump-Sanders debate.  Really.  A lot.  That’s where the heart of the country really is – the intersection of these two people.  It would be fascinating political theater.  And the Blue base would be so totally energized by Sanders.  Now that would be democracy in action.

But of course we can’t have that.

A view from the outside.

Seems to me that the mobs are being rather selective in what they disrupt and/or destroy: if they’re really serious about upsetting The System, why leave the electricity and/or the water supply systems alone? At a wild guess, it’s because the GP must be able to see and hear the mayhem. If they’re literally in the dark, then what’s the point of these lurid protests? If they have no water, whose side will the people take? Anyone who keeps the water flowing of course.

I recall decades ago people tossing around the idea that an entire city’s water supply could easily be dosed with enough LSD to send everyone on a real trip, man. No-one ever did. Just as well as the rudimentary safeguards that existed back then would have been useless.

Who benefits from intolerance between citizens?

It is the elite.  Those who will be called on to “restore order” and “keep everybody safe” and “protect America.”

Before anyone pulls out their gun and heads downtown to fight for _(insert name of righteous cause here)__, remember who the real beneficiary of the fight will be.

Step aside.  Don’t add your personal gasoline to the arsonist’s project.

We may need to shelter our black friends from this storm, also.

Fortunately, I work with several black nurses, doctors, secretaries and EMTs.  I’m going out of my way to talk with them, to ask about their safety and their children’s, and to offer them a place to spend the night if their neighborhoods seem too dangerous.

Bottom line: “Critical Race Theory”, “The 1619 Project”, and Homeland Security’s “White Supremacist” warning represent the ideological foundation upon which the war on America is based. The “anti-white” dogma is the counterpart to the massive riots that have rocked the country. These phenomena are two spokes on the same wheel. They are designed to work together to achieve the same purpose. The goal is create a “racial” smokescreen that conceals the vast and willful destruction of the US economy, the $5 trillion dollar wealth-transfer that was provided to Wall Street, and the ferocious attack on the emerging, mainly-white working class “populist” movement that elected Trump and which rejects the globalist plan to transform the world into a borderless free trade zone ruled by cutthroat monopolists and their NWO allies.

This is a class war dolled-up to look like a race war. Americans will have to look beyond the smoke and mirrors to spot the elites lurking in the shadows. There lies the cancer that must be eradicated.

The Democrats are approaching the military to remove Trump as long as the major press declares Biden the winner. They also have the intelligence agencies in their back pocket. Based upon our computer projections for Panic Cycles starting in November and running into February, yet predominantly in December and February, I do not see the Democrats accepting a loss should Trump win. They will turn the nation into a street fight rather than a court battle. They will assume they will lose in the Supreme Court, so they are actually trying to stage a coup d’etat and blame a Trump victory on another Russian interference. If Biden loses, the plan is to blame Russia and as the military to remove Trump.

Since the media and Big Tech is in league with the Great Reset, once they call the election for Biden, they will most likely cut off all avenues of Trump’s communication. Trump’s social media accounts will be suspended, and other than Fox News, we can even witness the refusal of the big three to report on the truth.

From currencies to stock indexes, we are staring at Panic Cycles from November into February in various markets. Even Crude Oil is showing Directional Changes in December & February. Even gold is showing turning points in November and February.

Never in all my years have I witnesses the computer correlating on a global scale around the US presidential elections. The civil unrest will escalate. Both sides will not accept a loss. This election is tearing the population apart. This is less about Trump than it is about pushing this Great Reset through the United States.

The Democrats are Indeed Looking for a Coup d’etat

Good question JAG.  I think in at least a couple scenarios there will be scorched earth.  Either he will lay waste to anything or anyone who stands in the way of him staying in office, or in a vindictive rage he will just lay waste.  One hopes there are safeguards in place to prevent him from doing too much damage.

Alongside those possibilities, Michael Cohen suggested in his “tell all” book that Trump may just resign and let Pence become President so that he can pardon Trump for his Federal crimes.  Of course, that doesn’t prevent state authorities from prosecuting him for his state crime.  If there is any justice, he will do time.

Also, good move on the VIX calls.  It’s likely to be chaotic no matter what Trump does.

Wow, reading through the commentary here, it appears my post incited some excitement.  Somehow the conspiracists here have spun up scenarios in which the deep state/antifa/socialists/Democrats/BLM/HRC/anarchists are all in league to overthrow the rightful power structure (Trump/Republicans).  Apparently this will be done by stealing the election or perhaps an armed coup d’etat.

As far as the election goes, it would be good if we all had a common understanding of what some political realities are.

1.  Since 1988 there has only been one Republican Presidential candidate who won the popular vote.  (GWB 2004)

2.  Gore won the popular vote in 2000, but in the midst of the Florida recount debacle, he conceded to avoid a Constitutional crisis.

3.  HRC won the popular vote in 2016, but lost the electoral college.  She recognized that reality and conceded without a fuss.

Given this history and the current POTUS’s collusion with Russia to subvert our election, and the ongoing Trump/Republican efforts to suppress the vote of Democratic voters, why would you speculate that Democrats are the ones trying to steal the election or bring about a coup d’etat?

One of the fantasies discussed above is that Democrats really want Bernie as POTUS, but that somehow the deep state selected Biden so that neither Bernie nor Trump (apparently the choice of all red blooded Americans) could win.  This is nonsense.  If you will recall, Bernie did not win the primaries, but yet the right is in high dudgeon about Biden turning America socialist.  Bernie is a socialist, not Biden, but apparently that doesn’t matter to the right. Bernie should be the Democrat’s choice according to this so-called theory.

In fact, the primary tide shifted in Biden’s direction after Jim Clyburn endorsed him.  I’m sure Clyburn will be shocked to learn he is an instrument of the deep state.

Given the trendlines of the political polls, barring some unforeseen circumstances, Biden will win the popular vote handily.  As we know from history, this does not mean he will win the Presidency.  If the popular vote isn’t pretty overwhelming, selective voter suppression and gerrymandering may again pull it out for Trump.  If that happens I fear for our democracy and so should you.  If we lose it, we won’t get it back easily.