Smallpox and Dark Winter in the news

Link to the Timeline Here

June 4, 2021: FDA approves drug to treat smallpox – FDA approved Tembexa (brincidofovir) to treat smallpox. Although the World Health Organization declared smallpox, a contagious and sometimes fatal infectious disease, eradicated in 1980, there have been longstanding concerns that the virus that causes smallpox, the variola virus, could be used as a bioweapon.

September 24, 2019: FDA announced the approval of Jynneos Smallpox and Monkeypox Vaccine, Live, Non-Replicating, for the prevention of smallpox and monkeypox disease in adults 18 years of age and older determined to be at high risk for smallpox or monkeypox infection. This is the only currently FDA-approved vaccine for the prevention of monkeypox disease. Jynneos will be available for those determined to be at high risk of either smallpox or monkeypox infection. This vaccine is also part of the Strategic National Stockpile (SNS), the nation’s largest supply of potentially life-saving pharmaceuticals and medical supplies for use in a public health emergency that is severe enough to cause local supplies to be depleted. The availability of this vaccine in the SNS will help ensure that the vaccine is accessible in the U.S. if needed.

July 17, 2018: Drug Trial Snapshot: TPOXX – TPOXX is a drug for the treatment of smallpox disease. Drug Trials Snapshots provide consumers with information about who participated in clinical triabelowls that supported the FDA approval of new drugs.

July 13, 2018: FDA approves the first drug with an indication for the treatment of smallpox – TPOXX was approved under the FDA’s Animal Rule, which allows findings from adequate and well-controlled animal efficacy studies to serve as the basis of an FDA approval when it is not feasible or ethical to conduct efficacy trials in humans.

Yes, sadly there are many indications that this could be the next attack. There are already other threads on this topic in other parts of the forum.

There are some natural (homeopathic) remedies that you can get to be prepared to “heal” (see other posts, plus the traditional liposomal vitamin C, beta glucan etc), but remember that the best defense against any disease is to be healthy. Eat healthy, exercise (walking counts !), get adequate sleep, get sunshine and fresh air, make sure you have adequate levels of minerals etc. I know that under the western paradigm the virus is everything, but in reality, the terrain does most of the work. This is why you can put 100 persons in a room and only 10 will “get” the flu (an experiment reproduced time and again), or why in a same household someone can get Covid and not the others (happened to a lot of people…). Look up Bechamp vs Pasteur. Pasteur won the political war then, sponsored by pharmaceutical companies (already then). But Bechamp was the one who had the right concept…

I read that the new James Bond movie features a smallpox bio weapon. Who knows where Hollywood gets its plot ideas, but it’s another odd coincidence.

To Friedrichs Teeth-  Why smallpox if over 40s vaccinated? I think the answer is to stop reproduction.  Under 40yos are more fertile and likely to have kids. Gotta meet those Georgia Guidestone’s rules of 500million world population.

As f or the cleaners, gardeners, and child sex workers as necessary bodies, they already have trafficked people to be bred for any required purpose. Since these poor souls have been broken into mind controlled slaves, it’s the easy route.

Watch the movie Children of Men.  A true classic that addresses a dystopian world where no children have been born for over 18 years.

How may of us have the tell tale oval scar on one of our shoulders from the pin pricks of the smallpox vax? I def have the scar likely from the 60s.

But the larger question is, is it still valid protection?

The old smallpox vaccine was only good for 3-5 years and was stopped in the 1970’s. No one would have immunity at this point from a previous jab. And, they stopped making that vaccine in the 1970s but now they have a new vaccine approved just last year, big surprise.

The coming small pox epidemic is following the same pattern as the corona virus pandemic: research the pathogen and possible profitable patented cures >>> produce and patent the cure >>>> release the pathogen. And once again Bill Gates is 4ight in the middle of the process. Here’s a good summary that puts all the currently visible threads together.

Nothing makes a man nervous like Kill Gates talking about ANOTHER global pandemic threat that doesn’t exist yet, one that he’s already helpfully funded the ‘solution’ to. I sat down for some serious research.

Let’s start with a timeline. I encourage you to read the full article.

…When Bill Gates is warning about smallpox right before vials of smallpox are discovered, and in the same week a Maryland woman tests positive for monkeypox, we should pay attention.

But that is not even the punch line. Just like with coronavirus, they were already working on a “cure.” On June 4, the CDC randomly approved a smallpox drug, Tembexa (brincidofovir), because “there have been longstanding concerns that the virus that causes smallpox, the variola virus, could be used as a bioweapon.”

It is well known that no pharma company will spend hundreds of millions developing a drug for an eradicated disease, on which there is no way to earn billions in profit. Now, even if this drug was around before and they are repurposing it for smallpox, it still costs millions to go through the process. Why?

And speaking of this history of this drug, it sounds eerily similar to the drugs they have approved for COVID, including remdesivir. It turns out that like Gilead’s remdesivir and Merck’s molnupiravir, brincidofovir was a failed repurposed drug with safety concerns. Its maker, Chimerix, conducted three failed Phase 3 trials for the indication of adenovirus, and it flopped! It also comes with an FDA “black box” warning for use for smallpox, for increased mortality after taking more than just two doses, based on those same failed studies!

None of that was mentioned in the notice of authorization.

So just like remdesivir, the drug they plan to use is an expensive, on-patent drug, although repurposed. But unlike ivermectin, which was extraordinarily safe and effective for its original use – yet is vociferously opposed by the cabal – these drugs failed miserably in their original indications. Just like the other two failed COVID drugs approved by the FDA – baricitinib and tofacitinib – this smallpox drug comes with an FDA black box warning!

Typically, the cure is created after the illness, but in this case perhaps the illness is coming to “cure” what they perceive to be an ailment among we the people. And perhaps the proposed “cures” will look a lot like ailments, just as we have seen with the shots, remdesivir, baricitinib, and tofacitinib…

Fast-forward to Monday night outside Philadelphia, and Yahoo News reported that the CDC is quarantining and the FBI is investigating 15 “questionable vials” that were found in a Merck lab freezer in North Wales, Pa., with 10 labeled as “Vaccinia” and the remaining five labeled as deadly “Smallpox.”

As Yahoo reported: “The frozen vials labeled ‘Smallpox’ were incidentally discovered by a laboratory worker while cleaning out a freezer in a facility that conducts vaccine research in Pennsylvania,” the CDC said in a statement to Yahoo News. “CDC, its Administration partners, and law enforcement are investigating the matter and the vials’ contents appear intact. The laboratory worker who discovered the vials was wearing gloves and a face mask. We will provide further details as they are available.”

“Vaccinia” is related to the pathogen that causes smallpox and was used as the foundation to create the vaccine for smallpox. In fact, the etymology of the word vaccine dates back to the late 18th century when cowpox was used as a precursor to smallpox vaccines. “Cow” in Latin is “vacca.”

It is well known that it’s illegal for Merck to hold such a vial in a freezer. What is Merck’s explanation for having this in its freezer in a random storage locker?
<…>
It’s a huge red flag when a cure for a non-threat appears just before somebody who wants the planet’s population decimated announces the threat is about to become real. 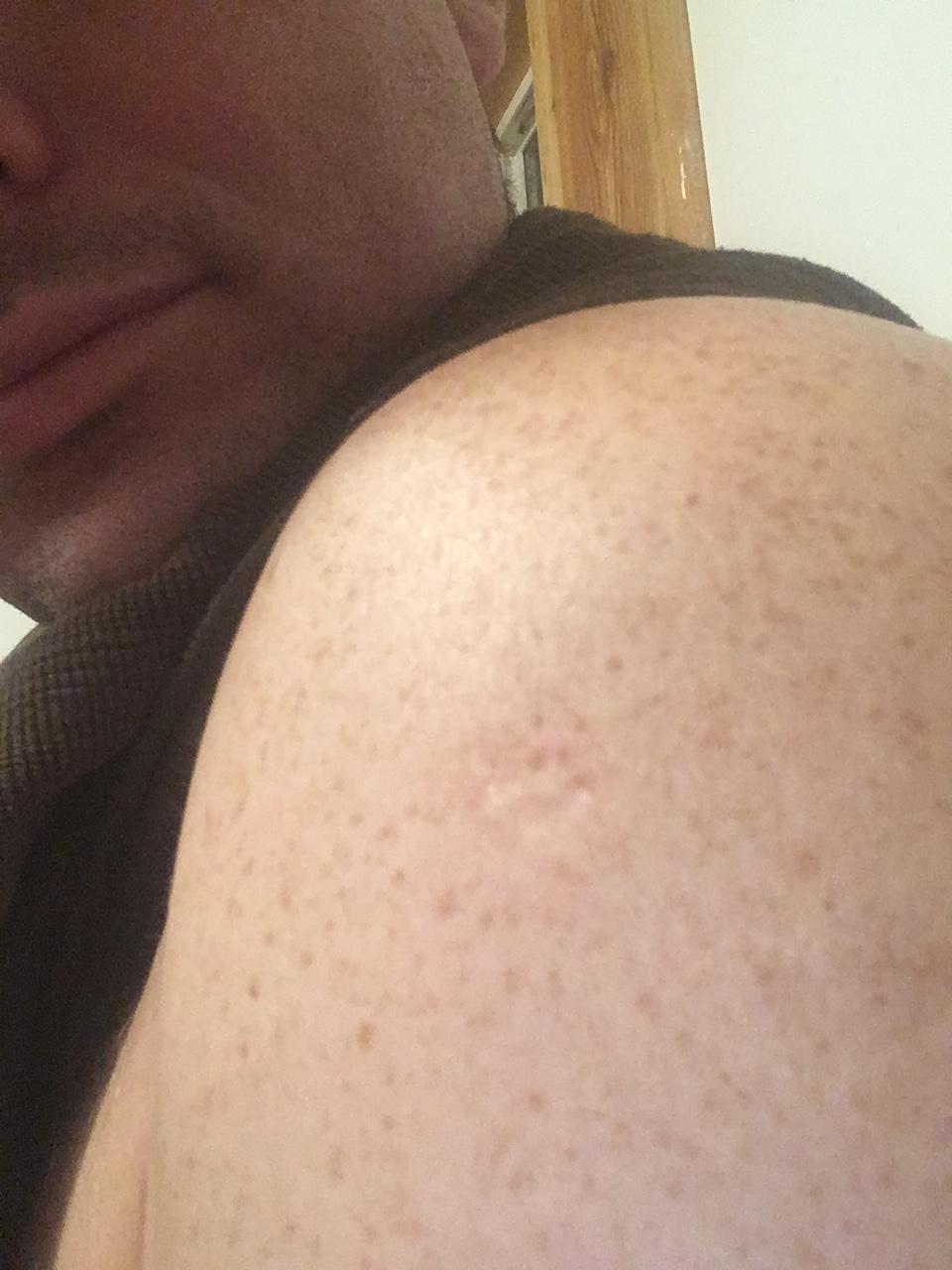 I got two of them Jan!

Sometimes it pays to come from the developing world 🙂

Can someone post the contacts for Sunil in India? I never used him since I could source everything here but I might want to stock up on some other antivirals.