I really appreciate your finding this research. This summer, I had to work closely with a friend who had just gotten the jab a few days earlier. I was sure he was shedding some of his spike proteins and I likely inhaled some. That concerned me, but I needed his help for a project … so I took the risk. I’m not worried about it now. 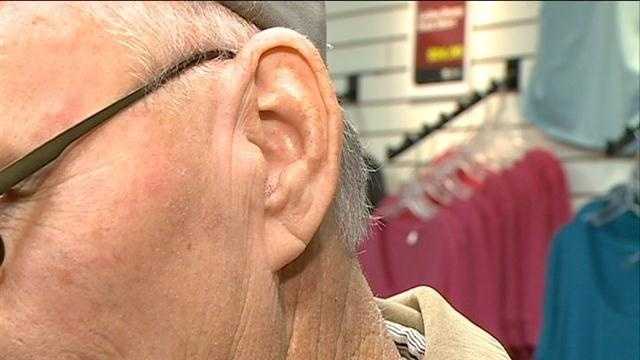 See the crease in the ear lobe? If you’ve got something similar, you likely have cholesterol issues that can lead to heart disease. Fortunately, the nicotinic acid (full flush) version of vitamin B-3 helps to control it. The nicotinamide version of B-3 (no flush) doesn’t help lower cholesterol. Just to add confusion (it seems,) Inositol hexanicotinate is another version of B-3 that doesn’t cause a flush, but does lower cholesterol. I really don’t know how many more formulations there are, nor do I know all the pros and cons of each.

I take 500 mg of nicotinic acid tablets once or twice per day (~10 per week) along with my daily intake of vitamins/minerals. I’ve been doing this for almost 1 year. My ears used to have a faint crease in the lobes but not anymore. This is the full-flush version. I’ve gotten used to the flush. Sometimes I itch for a while and other times I get a runny nose and sneeze. Every time I turn red as a beet for about 10-20 minutes. Since I started this vitamin/mineral regime, I haven’t had so much as a sniffle.

Isn’t it great that we can protect against spike proteins and help to keep cholesterol at bay with a natural substance?

For the anti-aging thing, you can get a test, and you can compare it to “young people” and hope there’s a linkage.  (I mean, I think there probably is.)  I haven’t tested my NAD+ levels.  Maybe someday.

For COVID?  Post-VAX?  Nobody knows.  We’re all just guessing.   I have dosing from various trials.  I can dig those up if you like.  What condition should I pick?

So pretty much any version of B3 will help for NAD+, as far as I’ve seen.

If you don’t want flush niacin (flush niacin = the only word on the bottle is the word “Niacin”; words, even in tiny letters, such as “no flush”, or “sustained release”, or “extended release” means a different effect), then maybe try niacinamide?

I suspect that the “pulse” of niacin (or niacinamide) all at once (vs a slower “extended release”) has a materially different effect for some things, given that the blood concentration of niacin may need to rise above a certain level (EC50) to cause the desired effect.

So “SR niacin” might be ok for Cholesterol, but not for (say) parkinsons.  Theoretically.

Nicotinic Acid – this is straight niacin   It has the most benefits to it, and 100% flush.  I used to not like the flush, then my wife and I started wanting it.  The nice warm feeling helped us get to sleep at night.  Also knowing your histamine stores were empty afterwards is neat.  If you see “Niacin” listed as the only ingredient, it is likely this form

Inositol hexaniacinate. – second most beneficial, and is “less likely” to flush.  Though it is more expensive.

Nicotinamide – this is considered the extended release no flush, had minimal benefits to it compared to the other two.  It is also more expensive.

then, there is one that isn’t mentioned which is tryptophan.  It is the precursor to Niacin.  It also has a slew of benefits, though it isn’t readily converted to niacin, thought it was worth mentioning though.

I would also add that it is important to get capsule or bulk powder over tablets.  Sometimes the tableting types will also mess with the release and that can make your flush less predictable.  Having an hour pass and think “oh, I guess I just won’t flush this time, going out shopping and then having a massive flush in the middle of the store can be interesting.

taking any form with a meal will also decrease the likelihood of a flush. There are lots of recommendations for what dosage to start with and work your way up.  Start low, 50mg per dose, take it 2-3 times a day.  Then after several days I would take 50mg more every 4-5 days until your bottle is gone and then go up to something like 250mg or 500mg depending on your comfort ability level after having a bottle under your belt.

I’ve also found, personally that taking lots of niacin, usually 750mg+ a day I get dehydrated and almost cotton mouth like. That may be limited to me personally though.

For those that take flush niacin you might want to try taking some melatonin ~20m to ~30m before the niacin. The reason you get that exothermic action is likely due to not having enough melatonin in those tissues that flush.

I take 5mg slow release melatonin before 1.5g of niacin (at night) and most of the time there is no flush at all. I also take 500mg of niacin in the morning and probably 50% of the time get a mild flush.

I brought some and was happy, then I saw this video which suggests adding another supplement TMG to prevent depletion of methyl groups.

I’ve been taking 500mg niacin with 3mg melatonin each night for maybe 4 months now and don’t love the flush but love how it’s improved my health in a number of ways. I do have to drink extra water or I get cotton mouth also. I tried one evening just the 500 niacin with no melatonin chaser and found the flush was quite a bit worse.

I’ve got an appointment to work with a naturopath soon and also to have some bloodwork done to consult with the doctor about long term methylation questions. I started the niacin as my father died of Parkinson’s and this was a hail mary but seemed worth trying. (No Parkinson’s symptoms for me yet but I’m only 50 and want to be proactive on this.)

I also got 2 doses of Moderna (at this point I would not do that and will definitely pass on any boosters). I have no idea what to make of the prion thing, if that’s a real effect then God help us all, jabbed or not.

This has been the year that I’ve decided I need to stay the heck away from allopathy generally to the degree possible and start taking responsibility for my own health by eating better (40 mile caribou herd hunting opens Oct. 27! yeah!), researching, getting regular bloodwork done and working with a good naturopath to interpret results.

DF: your posts on niacin are very appreciated!

Am also taking, per Chris Masterjohn’s advice, 500mg TMG with my daily 500mg niacin.  Tempted to bump both to 1gm/daily when I understand the methylation issues better so will be discussing with my naturopath the next time in see her.

If anyone has further insights on the matter would be very interested to hear them.

Thank you DaveFairtex, JimH and others for your input on all of this!

I take just about a gram of powder upon waking and at bed time.  I mix it with an equal amount of TMG (and a few other powder supplements I have including magnesium glycinate) and mix into 8 oz of water.  I generally clean out the glass and my mouth with another couple of gulps of water.  I haven’t been thirsty or dry-mouthed perhaps because of the water I consume with the niacin (10-12 oz).  The flush is mild to nearly nonexistent for me these days.

I was taking melatonin at bed time, but found myself becoming dependent on it, even needing to take a second one half way through the night.  I haven’t taken one in months.  I sleep well all night more than 9 out of 10 nights.  In the others, I’m generally awake/half asleep and thinking/dreaming – but it feels like good creative processing.

I find the most important requirement for me to sleep well is to have a very dark environment all night until it’s time to wake up.

I remember that original study Dave found – 1100 middle aged men with some cardiac issues in each group (treatment and placebo).  Three years of dosing, then another 7 years of follow up.  14% reduction in all cause mortality.  Flush, flush, flush.  It’s my mantra.