Let's see what happens this week.

The whole CONSPIRACY THEORIES vs. The Non-Conspiracy Theories strike me as interesting, yet not VERY revealing in terms of purchasing junior gold/silver mines.  Does your belief system determine your theory?? and your FACTS??   What's a guy to do?  Is EVERYTHING one freaking gamble???  Just "invest/speculate" with money that can be LOST quite quickly?  Maybe it should be CASH 100% right now??

Tom, for what it's worth, your post/query made sense to me and I took it as a "what if" type scenario.  Is it within the realm of possibilities?  I think so.  Why not?  If one assumed this to be the case (you remember what they say about someone that "assumes"), it would seem to me, of your two points, number two would be the more likely outcome.  Eventually the fiat parade will consume all the primary and secondary "stuff", supply will dry up, no one will sell at any price, or sellers decide they are no longer interested in your central bank-issued  "paper du jour" or likely ask for a large discount to deal with it.

Meanwhile, back in the day (circa 1700's), from A History of Money and Banking in the United States, by Murray N. Rothbard, we have:

But Massachusetts found that the increase in the supply of money, coupled with a fall in the demand for paper because of growing lack of confidence in future redemption in specie, led to a rapid depreciation of new money in relation to specie. Indeed, within a year after the initial issue, the new paper pound had depreciated on the market by 40 percent against specie.

Ironically, then, Massachusetts’s and her sister colonies’ issue of paper money created rather than solved any “scarcity of money.” The new paper drove out the old specie. The consequent driving up of prices and depreciation of paper scarcely relieved any alleged money scarcity among the public. But since the paper was issued to finance government expenditures and pay public debts, the government, not the public, benefited from the fiat issue.

But, of course, it's different this time.

You could just as well ask, "what's to keep a Central Bank Chairman from wiring that same 1.5 billion dollars right into his own bank account?  He just has to be very careful no one finds out."  That's always the case with misallocation (theft) of funds.  You need to suborn the accounting system and its guardians and then their overseers for any of it to work.

Fedwire supposedly has trillions of dollars and a million transactions on it every single day.  I'd guess the safeguards on that system are pretty reasonable.  I'd guess there are people that oversee that system, and then another batch of people overseeing them as well.  Fraud liability for such a system is quite serious – I'm sure bad guys take runs at that system routinely, since that's where the money is.

that organic growth is not ahead, Has been happening since 2001. 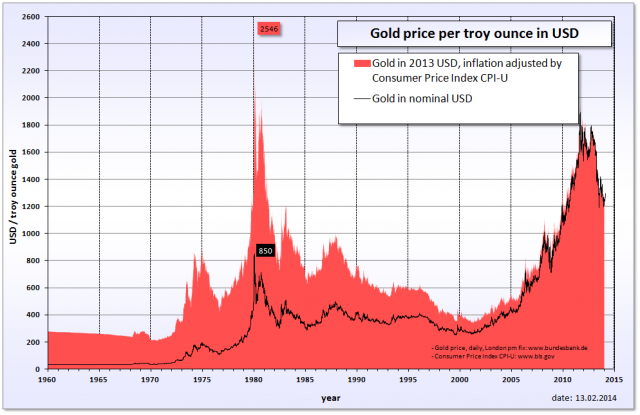 Then, something happened in 2011.  Yes, I know, I know, the government and Fed fixed all our monetary and debt problems in 2011 with QE.   Total Credit Debt Obligations reversed their exponential growth.  Global GDP returned to 6% annual growth.  Real interest rates shot into the positive.  Consumers and corporation deleveraged massively.  Inflation risk collapsed.

That explains the huge correction.