Gold chopped sideways today. The bearish harami pattern was a bearish continuation, and forecaster moved lower into a downtrend. Gold remains in an uptrend in both weekly and monthly timeframes.

Futures are projecting a 67% chance of one rate cut in December, and an 18% chance of two rate cuts. 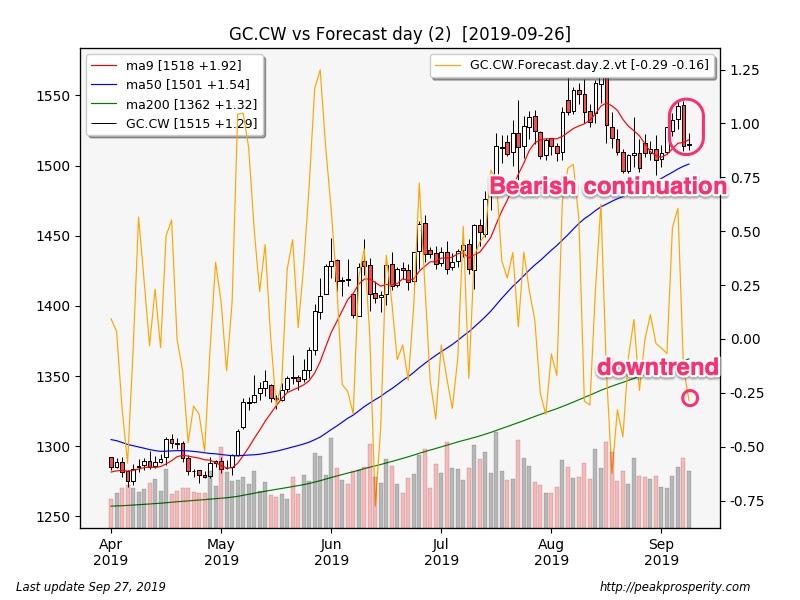 Silver chopped sideways but with a bias lower; the short black candle was a bearish continuation, and forecaster moved lower into a reasonably strong downtrend. Silver remains in an uptrend in both weekly and monthly timeframes. 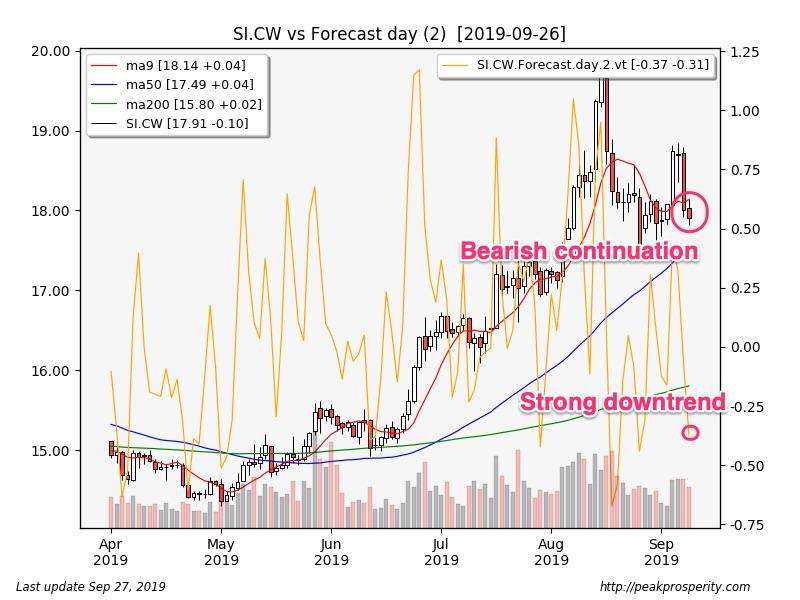 Miners rallied in the morning, then sold off for the rest of the day. GDX fell -1.13% on moderately light volume, while gDXJ dropped -1.59% on heavy volume. XAU fell -1.45%, the long black candle was a bearish continuation, and forecaster dropped into a downtrend. XAU remains in an uptrend in both weekly and monthly timeframes. 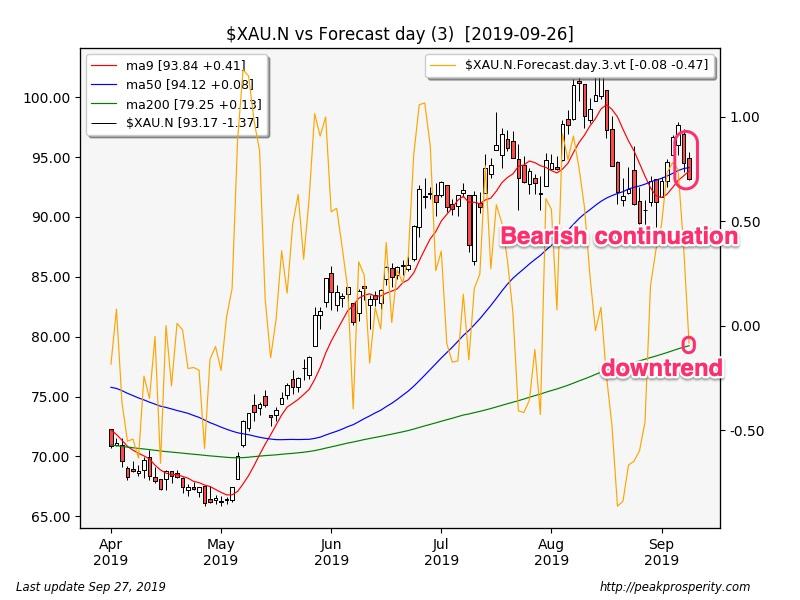 Platinum rose +1.09%, palladium climbed +1.54%, and copper dropped -1.06%. Palladium remains near all time highs, while copper looks as though its about to start descending once more.

The buck rose +0.11 [+0.11%] to 98.70. This was a new 2-year closing high for the buck. The long white candle was a bullish continuation, and forecaster moved higher into an uptrend. The buck remains in an uptrend in both daily and weekly timeframes.

There were no large currency moves today – although the Euro broke down to new multi-year lows.

PM Johnson confirmed that the EU has “reopened” negotiations on the withdrawal agreement – after saying for months this was impossible. Is anyone surprised? Gosh, it turns out that keeping no-deal on the table is a pretty useful negotiation technique.

JNK fell -0.06%, the spinning top candle was a bearish continuation, and forecaster moved lower into its downtrend. BAA.AAA differential fell -2 bp to +88 bp. Still no worries from the low-quality credit market.

So there were happy noises from the US-China trade talks; China has indicated that Chinese companies are making large purchases of US soy and pork products. There were lots of other positive comments from the various participants.  Will this lead to something more than soybeans?  My sense is that yes, some sort of deal will be done.

That’s about it that I could see.