Gold more or less chopped sideways today; it followed the path of the Euro. Candle print was a neutral-looking spinning top. Forecaster rose +0.06 to +0.06…that’s a buy signal for gold. 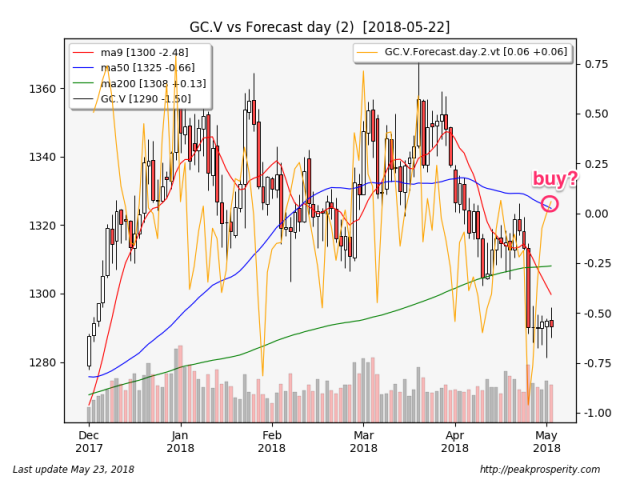 Silver tried rallying, rising to 16.70 but then falling back, barely closing in the green. Candle print was neutral, and forecaster rose +0.15 to +0.07, which is a buy signal for silver. Silver did manage to close above the 50 MA, which is also a good sign. 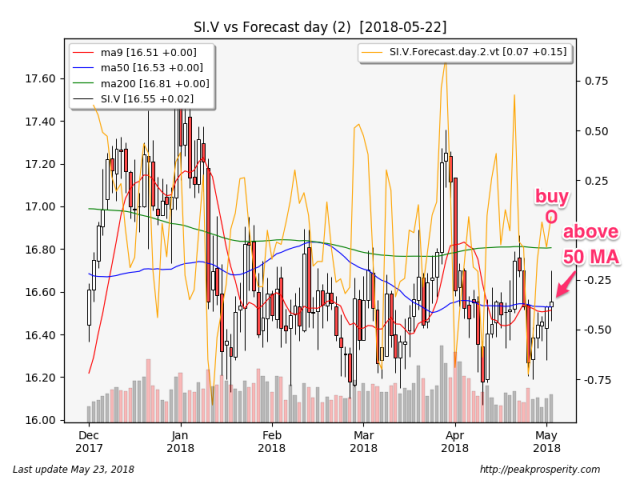 Miners fell today, with GDX down -0.90% on moderate volume, while GDXJ dropped -1.09% on moderate volume also. Both miner ETFs printed bearish engulfing candles, which had a 31-40% chance of marking the top. XAU forecaster moved up +0.01 to +0.02. This doesn’t look so bullish to me. 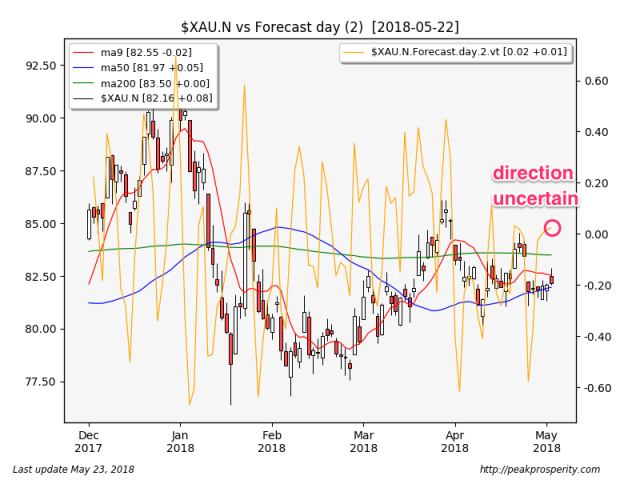 While the metals looked all right today, the only event of note today was the sell signal in SPX.