Gold moved higher during the London session, topping out just before the US opened, but then fell into the close. The spinning top candle was a bullish continuation, and forecaster moved higher, moving back into an uptrend. Today’s slight rally also pulled the weekly into an uptrend too; gold is now in an uptrend in both daily and weekly timeframes, while gold/Euros remains in a downtrend in all 3 timeframes.

Futures are predicting a 2% chance of a rate increase at the Fed’s upcoming meeting this week. 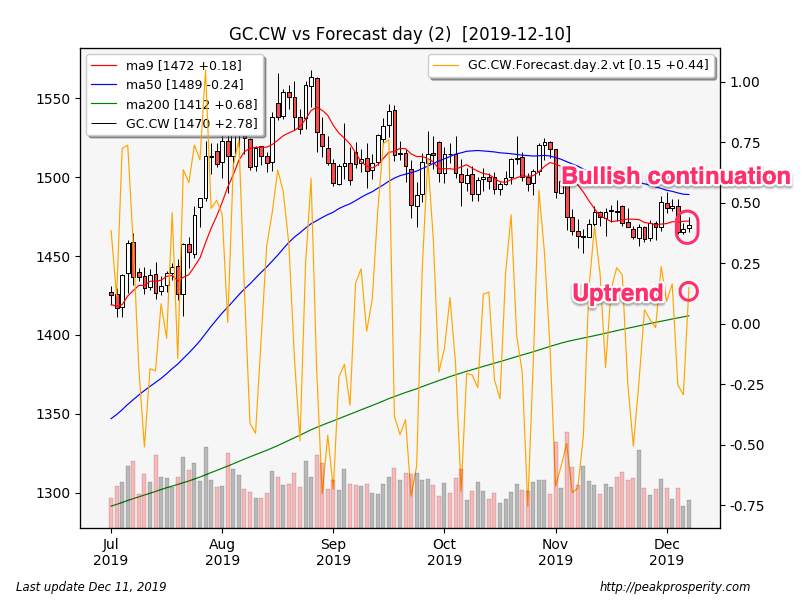 Silver moved higher along with gold, but it managed to retain most of its gains into the close. The short white candle was a bearish continuation, but forecaster moved higher, and silver daily is now back to a no-trend state. Silver is now in a slight downtrend in just the monthly timeframe.  Trends are very weak. 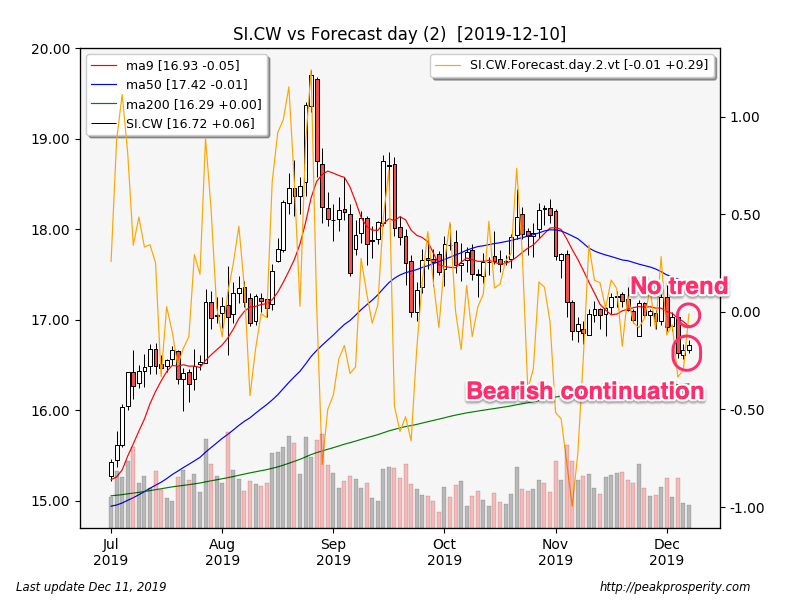 Miners opened up, fell during the morning, then rallied back up in the afternoon.

XAU rallied [+0.98%], the short white/NR7 candle was unrated, and forecaster moved higher but remains in a downtrend. Even so, the weekly and monthly forecasters remain in an uptrend. 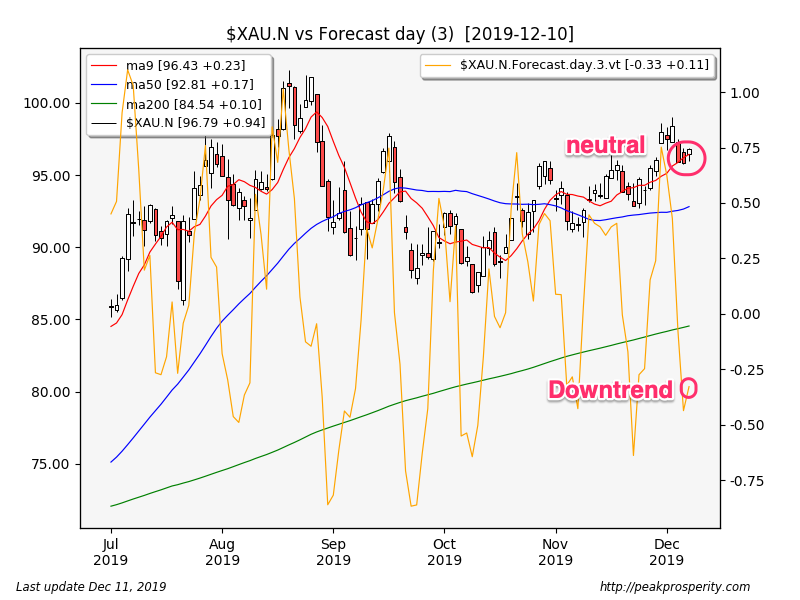 The buck dropped -0.23 [-0.24%] to 96.96 on heavy volume. The long black candle was a bearish continuation, and forecaster edged lower but remains in a slight uptrend. The buck remains mixed; uptrend on the daily, downtrend on the weekly, and neutral on the monthly timeframe.

SPX dropped -3.44 [-0.11%] to 3132.52 on moderate volume. SPX fell perhaps 20 points in the futures markets overnight, but managed to bounce back before market open. The spinning top candle was a bearish continuation, but forecaster moved higher, and remains in a strong uptrend. SPX remains in an uptrend in all 3 timeframes.

JNK climbed [+0.26%], the long white candle was a bullish continuation, and forecaster moved lower but remains in a strong uptrend. BAA.AAA differential remains at +88 bp. No worries about credit according to this indicator.

FOMC meeting is taking place today, with the usual announcement at 2pm, and the press conference at 2:30. Also – CPI report released at 8:30 am.

Gold up $7 before the Fed.  Miners up too.  Setting up for the typical post-Fed reversal.  Kind of expect stocks to catch a bid too, even though I don’t expect anything new from the Fed.

Just in case you care: