Futures are predicting no chance of a rate increase at the Fed’s upcoming meeting this week. 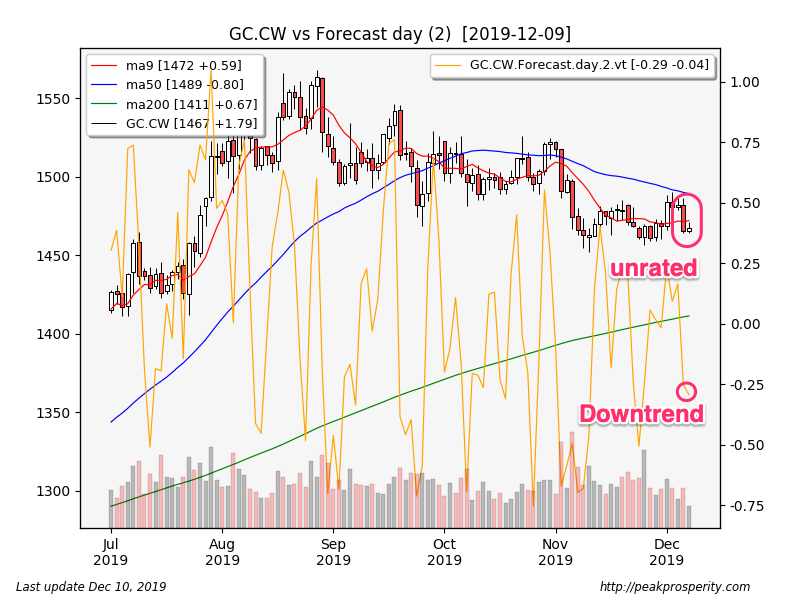 Silver also just chopped sideways in a narrow range. Silver’s short white candle was a bearish continuation, and while forecaster moved slightly higher, silver remains in a downtrend. Silver is in a downtrend in all 3 timeframes. 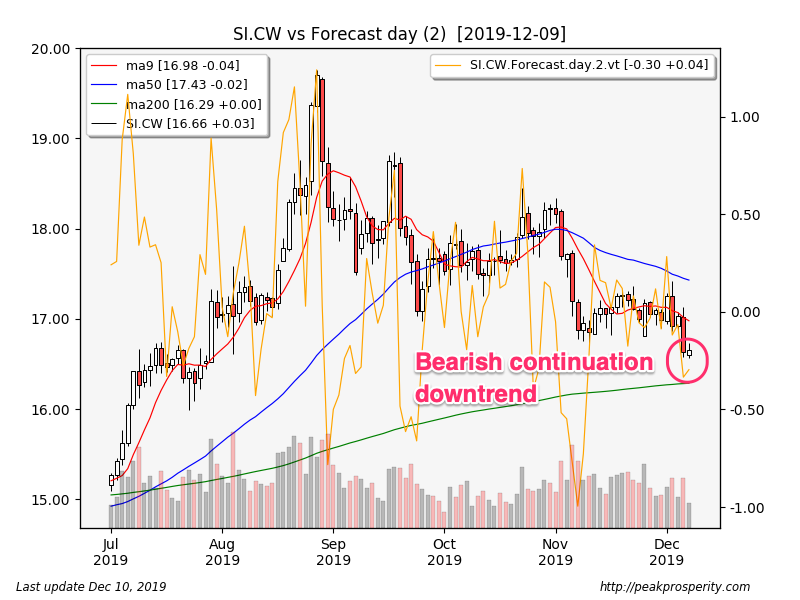 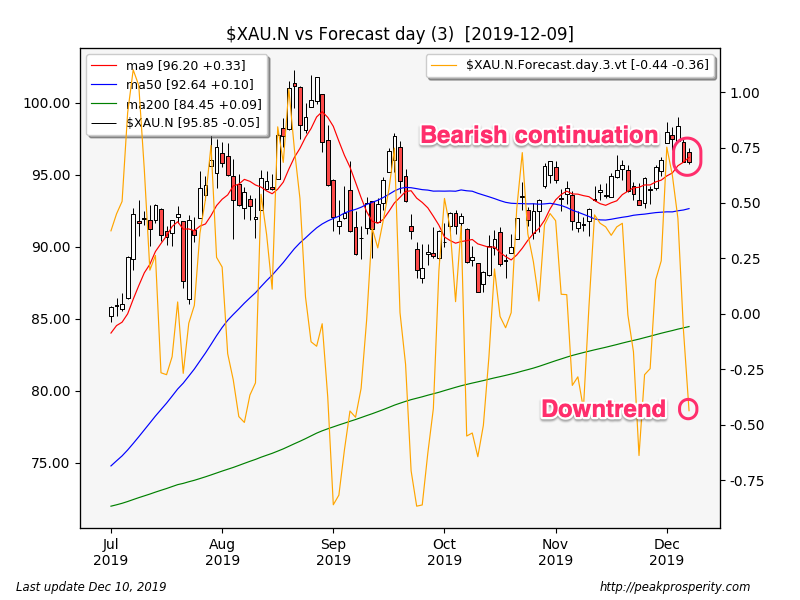 The buck moved down -0.08 [-0.08%] to 97.19 on extremely heavy volume. The bearish harami was mildly bearish (32%), but forecaster jumped into an uptrend. The buck is now in an uptrend in the daily and monthly timeframes, but the trends are quite weak.

SPX dropped -9.95 [-0.32%] to 3135.96 on moderate volume. The bearish harami pattern was actually a bullish continuation, and forecaster fell but remains in an uptrend in all 3 timeframes.  Was today a reversal for SPX?  We might be seeing a “lower high” in formation right now, but so far my technicals aren’t signaling a bearish reversal just yet.

JNK inched up [+0.02%], the short black candle was a bullish continuation, and forecaster moved higher into its strong uptrend.

JNK climbed [+0.09%], and the forecaster moved higher into its uptrend. BAA.AAA differential remains at +88 bp. No worries about credit according to this indicator.

Well, if you get the sense not much happened today…well that’s pretty much what I saw too.  SPX had a relatively rare down day, and it might be forming a reversal pattern – and the VIX sure did scream higher.  Maybe it is a sign – but my code isn’t confirming just yet.

FOMC meeting starts tomorrow, with the announcement at 2pm on Wednesday, and a Powell Press Conference at 2:30 pm.  We could see some excitement following the press conference if the Fed says something surprising.