Gold opened higher, but then spent the day falling, with a large chunk of the move down happening during the US session at 1:35 pm. The long blck candle was a bullish continuation, but forecaster fell, moving gold back into a downtrend. Gold is now in a downtrend in both daily and weekly timeframes.

COMEX GC open interest fell -5,197 contracts. Looks like some cash-register ringing on the decline, which I take to be a good sign.

Futures are projecting a 72% chance of a rate cut in October, an 83% chance of one rate cut in December, and a 38% chance of two rate cuts. That’s a fairly sharp decrease from last Friday. 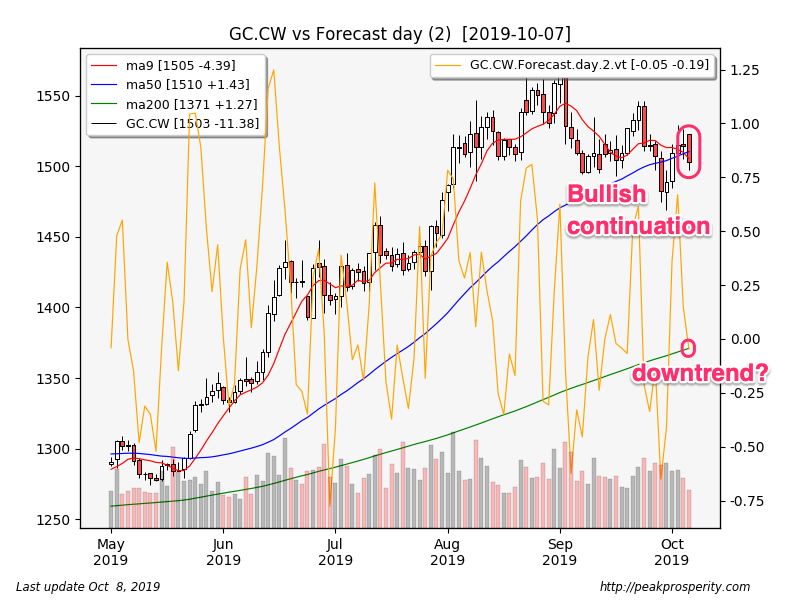 Silver chopped sideways, but ended up closing at the lows of the day. The short black/NR7 was unrated, and forecaster dropped into a downtrend. Today’s decline also pulled the weekly forecaster into a downtrend as well – leaving silver in a downtrend in both daily and weekly timeframes. 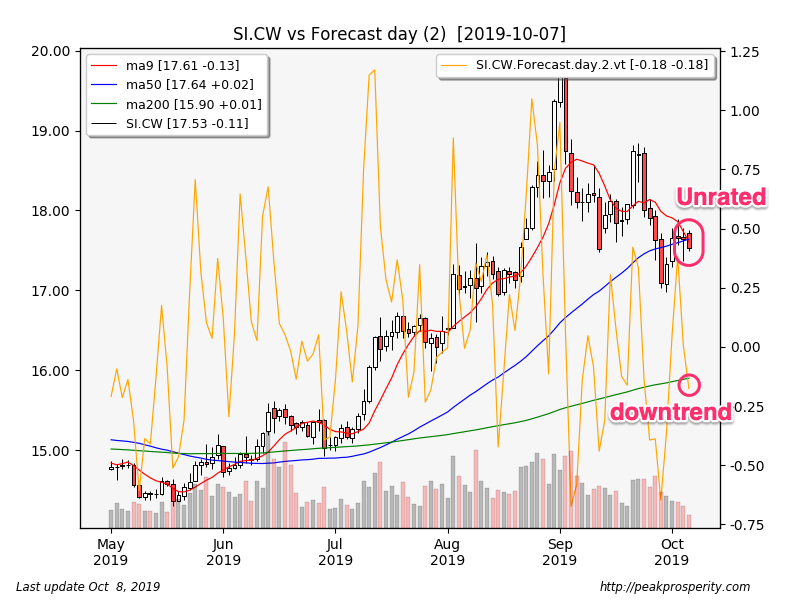 Miners rallied for the first 90 minutes, then sold off through the remainder of the day. GDX fell -1.04% on moderately light volume, and GDXJ dropped -1.46% on light volume. XAU moved down -0.90%, the doji candle was a bullish continuation, and forecaster moved higher into its uptrend. XAU remains in an uptrend in the daily and monthly timeframes. 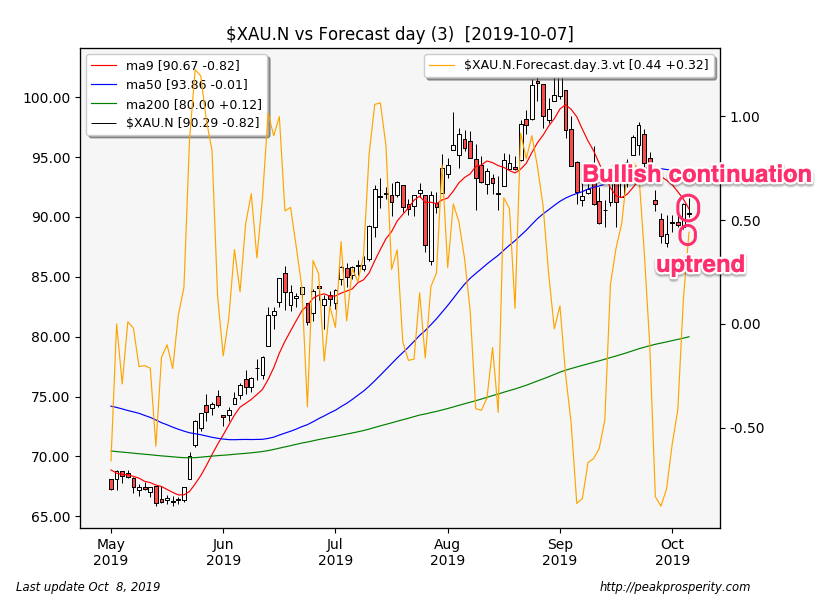 Crude fell -0.19 [-0.36%] to 52.71. Crude staged a strong ($1.40) rally, topping out at around 11 am, and then proceeded to plunge for the remainder of the day. The shooting star candle was actually a bullish contination, and forecaster jumped higher, moving into an uptrend. Crude is now in a downtrend in the weekly and monthly timeframes. Is this the crude reversal we have all been waiting for? It doesn’t feel like it to me. 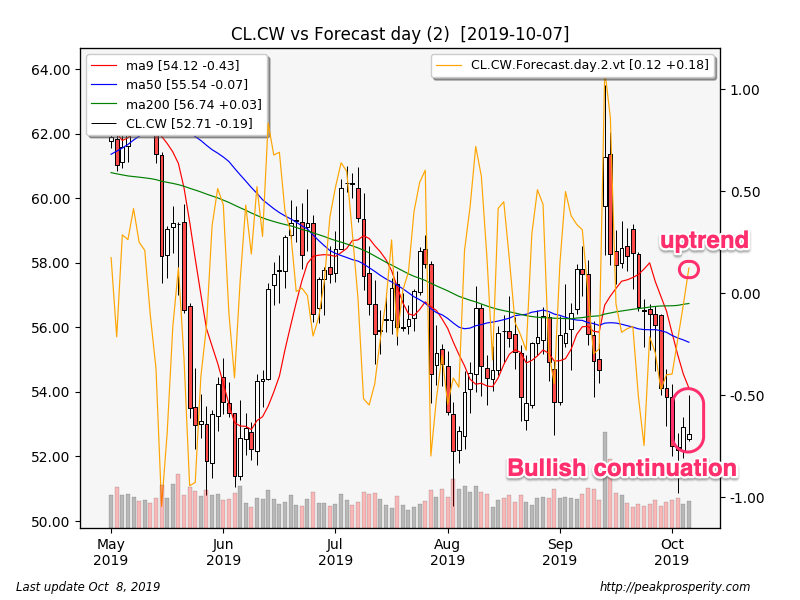 SPX fell -13.22 [-0.45%] to 2938.79. SPX rallied fairly strongly through the early afternoon, but then fell for the remainder of the day – kind of like crude. The shooting star candle was a bullish continuation, but forecaster moved lower, pulling crude into a downtrend. Today’s decline pulled both weekly and monthly forecasters into a downtrend too – SPX is now in a downtrend in all 3 timeframes.

JNK fell -0.05%, the long legged doji was a bullish continuation, and forecaster moved into a slight uptrend. The bounce in JNK doesn’t look very compelling. BAA.AAA differential jumped +5 bp to +93 bp. That came on Friday – it is a large move. Is the credit market starting to get slightly worried about junky debt?

Well, SPX looks as though the 2-day rally may have run its course.  Of course, if the US-China trade talks start to sound positive, SPX probably continues moving higher, but the hints are that China isn’t so prepared to make a deal right now.  Perhaps it is all the talk of impeachment (one US politician said he was concerned that Trump might get re-elected if he isn’t impeached) that is encouraging the Chinese to wait. End of this week should provide some more information.

Same is true with Brexit.  End of this week – Johnson will allegedly be forced to ask for yet another extension to the endless Brexit saga.  Or maybe he won’t.  German automakers sounded a bit upset this past weekend: perhaps the ever flexible Mrs Merkel will be motivated enough to persuade the EU to come to an arrangement at the 11th hour.

Positive news in one, or both areas would probably be gold-negative.