Gold staged a strong rally during the European trading session, managing to move up more than $8, but price topped out just as the US market opened, and then fell for the rest of the day. Gold more or less followed the same track as the Euro, which rallied and then fell at approximately that same time.  Candle print was a high wave – a bearish continuation. Forecaster rallied +0.21 to -0.47; that’s still a downtrend, but its an improvement. Gold did end the day back above its 9 MA, which is a positive sign. 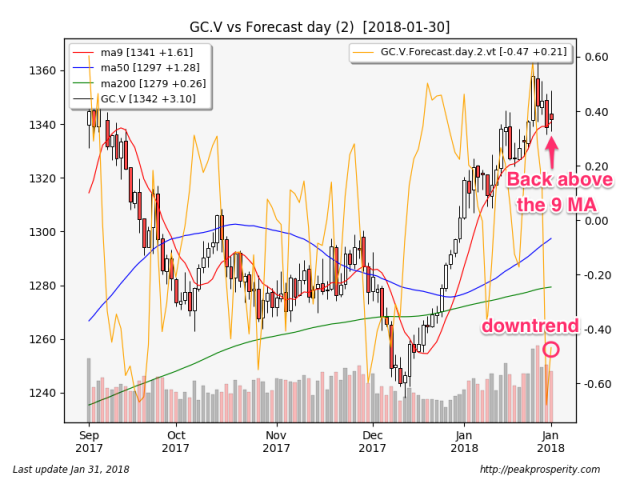 Silver tracked gold but was a bit weaker; it too tried to rally along with gold (and the Euro) but reversed after the Euro’s rally failed.  Silver’s candle print was also a high wave, which had a 42% chance of being a bullish reversal. Silver’s forecaster dropped -0.04 to -0.26. Silver remains below its 9 MA. 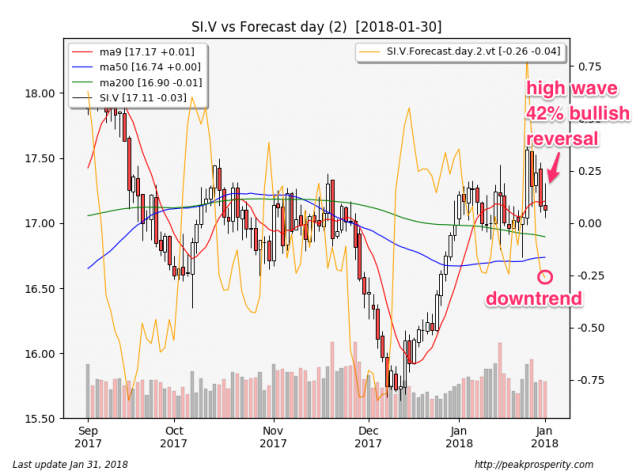 The miners gapped up at the open, but then sold off for most of the day. GDX fell -0.97% on moderately heavy volume, while GDXJ dropped -1.34% on very heavy volume. Both ETFs printed long black candles which were bearish continuations. The XAU forecaster edged down -0.01 to -0.54. That’s still a strong downtrend for the miners.  Then again – it also might be a low too; sometimes the market reverses when the forecasters are at their most bearish. 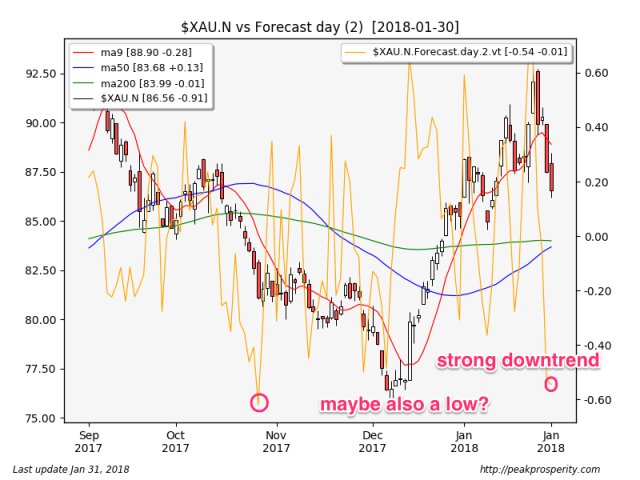 Platinum fell -0.99%, palladium plunged -2.82%, and copper edged down -0.13%. The plunge in palladium today was quite large, and the drop in platinum was fairly substantial also. Gold and silver actually fared fairly well today by comparison. All 3 other metals are in downtrends. 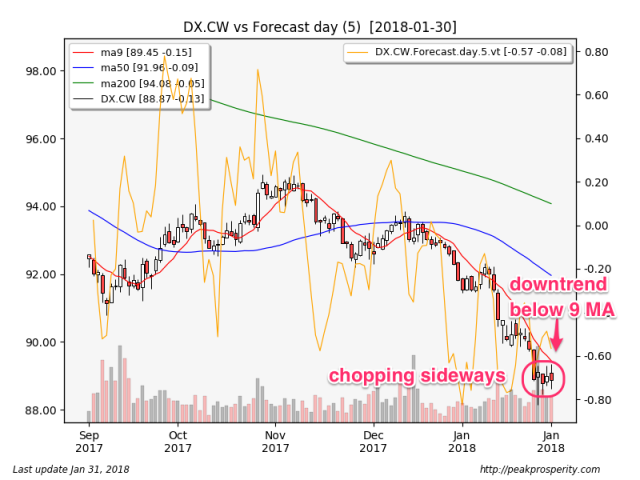 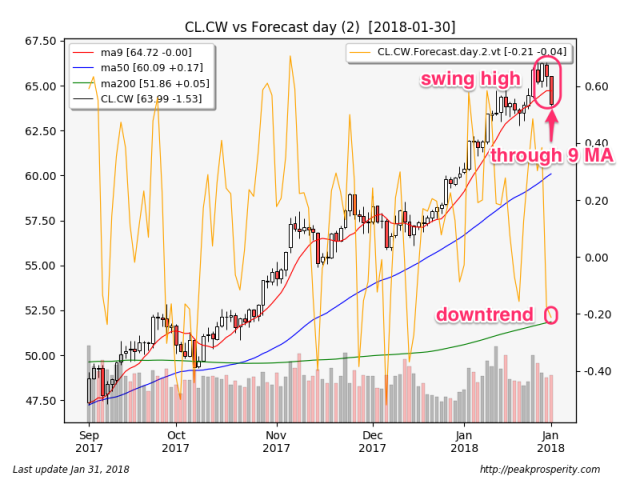 Sector map has sickcare leading the market lower (XLV:-2.10%), with energy (XLE:-2.02%) close behind. Energy fell because of crude’s drop, but sickcare was hit hard because Amazon, Berkshire Hathaway, and JP Morgan got together and announced they would be forming a healthcare initiative for their own employees. Amazon has a history of innovating internally, and then product-izing the result with good success. AWS (Amazon Web Services) started out as an internal IT group for managing Amazon’s own servers, and now it’s an $18 billion dollar profit center that has revolutionized how companies deploy servers. I’ve used the service – it is very well put together, and its not expensive. As we know, at 18% of GDP, there is an incredible amount of fat (a.k.a. its a massive rentier scam) in sickcare. 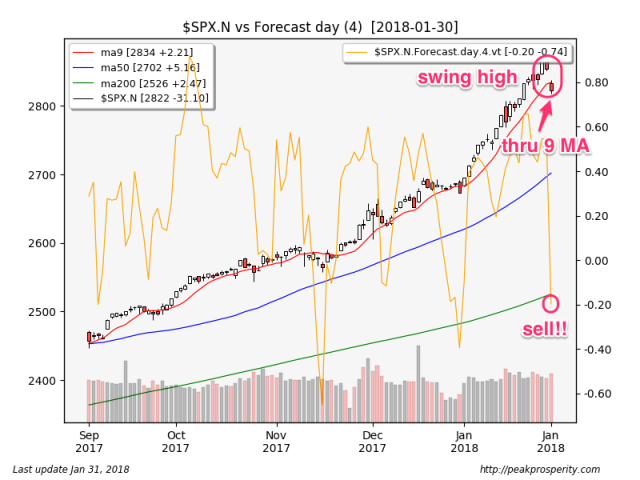 While the plunge in equities was led by sickcare and energy, a number of important groups also fell: both tech and financials dropped fairly substantially, which suggests that today’s move might be more than just a nervous reaction to a potential Amazon Healthcare. JNK’s plunge underscores the overall risk-off mood.

The Fed meeting has started, and the announcement occurs at 2pm today (tomorrow?). No rate increase is expected, but if the Fed changes its statement to hint at increased concern about inflation, that could result in some big price moves. Perhaps the selling in the equity market is related? Its hard to say.

While gold didn’t do all that well, neither is it collapsing. I expect both gold and bonds to rally if this sell-off in the equity market starts to pick up steam. That’s the theory anyway.  We’ll have to see what happens after the Fed announcement at 2pm.

Watch the junior miners for the tell.