He doesn’t seem to stand for anything. I wonder if he will actually keep the stance on no mandate?

One thing he said makes sense. For international travel Canadians will need some kind of proof of vaccination to enter many countries. It would help if there were some standard way to get that documented in Canada. He made no indication that his passport would only be for international travel though, nor that he would rescind the domestic no‐fly order placed on unvaccinated people.

It is clear that no major party will protect us from this tyranny. The only thing we can do is vote for the one party that is clearly pledging to end it: the PPC. They won’t win a majority, but voting for them will voice your opinion and grant them more federal funding in the future.

I am going to vote to send a message.

O’Toole says he would work with provinces to devise a national proof-of-vaccination system, adding such a setup would help Canadians during international travel.

O’Toole says he wants 90 per cent of eligible residents vaccinated against COVID-19, and is pledging to cover the cost of time off for employees to get a shot, free transportation to vaccine clinics and a national booster shot strategy that would initially target seniors and the immunocompromised.

These statements show that O’Toole is basically in favour of vaccine mandates, would continue the aggressive push for the Covid shots.  His platform is not much different from that of the Liberals.  The idea that there should be a national ‘proof of vaccination system’ is nonsense.  Up until now, it has always been the responsibility of the traveller to ensure they have the appropriate vaccines and visas etc. in order to enter other countries.  There is no need for Canada to spend taxpayer money on implementing a national vaccine passport only for international travel, or any other reason.  I don’t believe this narrative.  He seems like he’s trying to sit on the fence the same way Andrew Scheer did.  And it’s interesting that he’s trying to compromise now, after seeing the negative reception Trudeau is getting while campaigning.

I agree that the PPC is the only party that doesn’t have a totalitarian style platform on Covid protocols, as well as being the only party against mass immigration, and having an intention to get control of the finances.

Here’s the result of a poll taken in Windsor (I don’t know how many people it represents).  It’s possible that there may be more support for the PPC’s platform than is generally thought….. 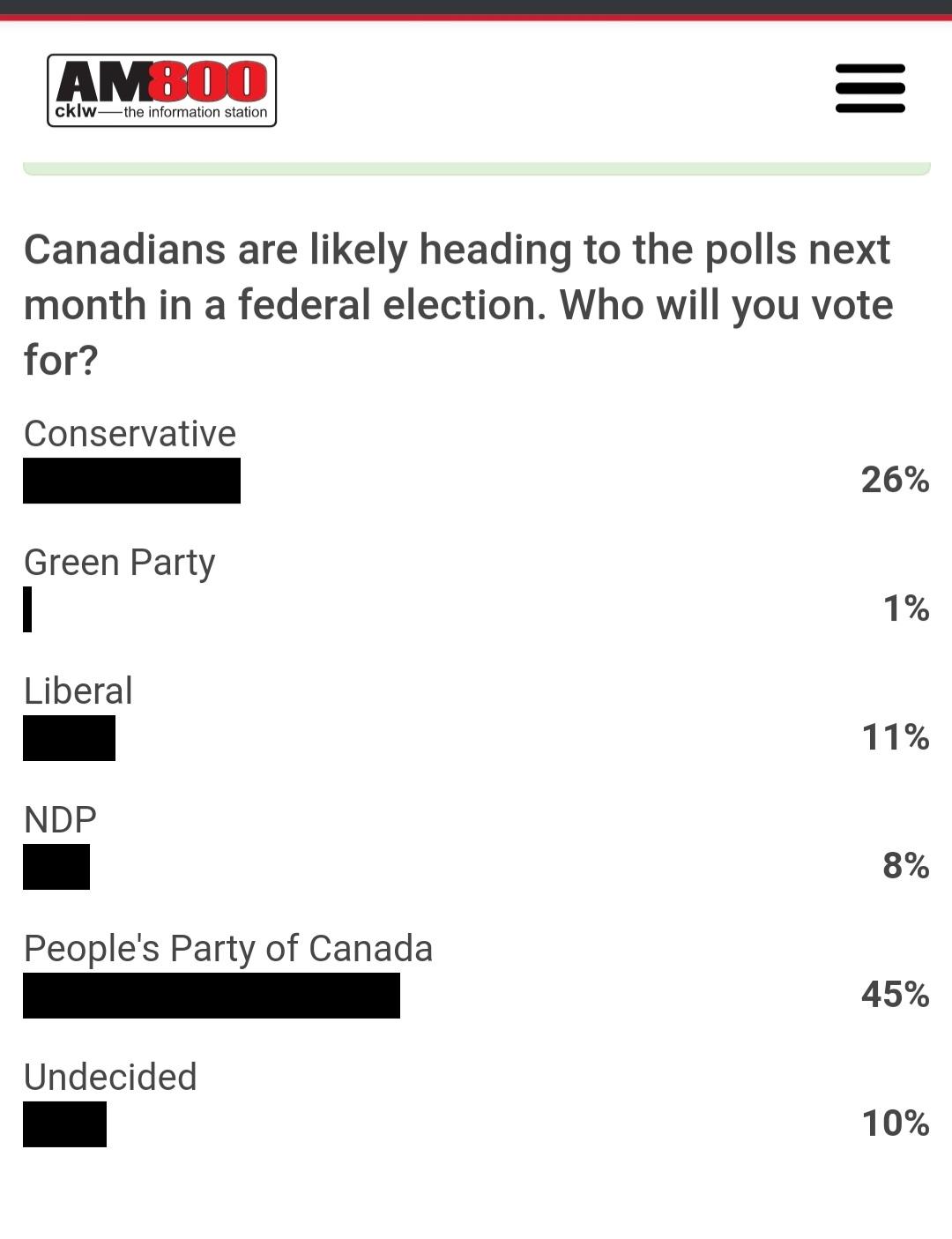