totally agree about the lack of justice on Corzine.. if I remember he traded escrow money to cover margins…. I was/am amazed at the lack of any consequences…

Well, the latest of really dumb stuff you are supposed to not question comes to us courtesy of the many teams of players in the US government and US MSM who wish to both muddy the waters and wait all this out.

Today’s non-news is that the US Justice department has subpoenaed some of the MCC jailers:

Federal investigators have sought subpoenas for employees at the federal jail in New York City where Jeffrey Epstein killed himself, according to two sources familiar with the investigation.

Justice Department officials have said for over a week that some of the employees who were on duty when the financier and convicted sex trafficker died in his cell have retained lawyers and declined investigators’ requests for interviews.

Attorney General William Barr mentioned the impasse Wednesday, saying: “Unfortunately, there have been some delays because a number of the witnesses were not cooperative.” He added that the Justice Department was nonetheless “moving expeditiously,” an apparent reference to the move to seek subpoenas.

Investigators were looking into whether two guards tasked with watching Epstein may have been sleeping when he died, two officials familiar with the investigation told NBC News last week. Investigators had not yet reached any conclusions as of last week, the law enforcement sources said.

Ummmm…call me a nut, but I don’t believe for a second that the jailers both retained lawyers and became uncooperative with federal investigators because they may have been napping on the job.

But you can see the angle ‘they’ are going with here, right?  It’s the “napping” angle.  Investigators are trying to determine if the guards were…napping.  Shouldn’t they be trying to determine if the guards received any money or threats or anything too?  Or if their superiors ordered them to be elsewhere?  Like maybe out west on a simulation of planes flying into buildings or something?

Further, whether they were napping or not is entirely irrelevant as a thing to investigate because the MCC guard room must have cameras in it?  Don’t they all?

Further, further, why do we not yet have any solid information about the status of ANY cameras inside the facility, even if to say they weren’t working?

Is there not one reporter anywhere that can at least say “we’ve asked this question of MCC 30 times and they continue to stonewall us on this simple request.”

Everyone is acting as if this were completely out of the realm of possible.  WTH?

So, I’m not surprised the MCC prison guards are “not cooperating” with the DOJ criminal investigation. If the DOJ is going to charge and convict them of some violation of law they’re going to have to do it without their own possibly incriminating statements. Their attorneys won’t let them do that. There is a departmental investigation going on, but it includes everything BUT the two guards’ statements. Falsifying official police, prison or court records IS a crime, including something as simple as writing on your work log that you took your union-negotiated 15 minute break when you really took 20 minutes. In this case, writing on your log that you made cell checks in person when you were actually sleeping is a criminal matter.

Whatever video surveillance system they have at the MCC does not cover anything close to 100% of the facility, but I too am very curious about what is covered, what was not working that night/morning and was on a repair request, what cameras might have just quit functioning that night which hadn’t been previously reported (very suspicious), and who if anybody was required to be monitoring the cameras live. The employees would know all the areas not covered by cameras and have their favorite sleeping spots if they were in the habit of sleeping on the job. Nothing suspicious about that regarding Epstein’s death. However, the employees would generally know who was in the habit of sleeping on the job, where, and at approximately what times. That knowledge would probably give someone intent on suiciding Epstein a big enough window to get it done assuming they could solve the problem of getting in and out of the facility.

The failure of the MSM to even ask some of the relevant questions and their pushing a narrative that it was clearly a suicide indicates to me they’re in on the coverup. I can vividly imagine how eager the MSM would be to investigate this with as much fanfare as possible if Trump or an important Trump ally could somehow have suspicion cast on him/her in such an investigation. Or if Epstein were black and the investigation could find some way to cast his death as “racism inherent in The System.” The MSM CAN do the job when it fits the political narrative they’re pushing, but for some reason they’re keen to smother this story behind accusations of witchcraft, er, conspiracy theory.

This is how they go after people with inconvenient questions of the Official Narrative:

Today Harris County, Texas, District Attorney Kim Ogg announced that Gerald Goines, the narcotics officer who instigated the disastrous January 28 drug raidthat killed a middle-aged couple, has been charged with two counts of felony murder. The raid, which discovered no evidence of drug dealing, was based on an affidavit by Goines that cited a “controlled buy” of heroin that apparently never happened.

After initially defending the no-knock raid at 7815 Harding Street and describing Goines as a hero, Police Chief Art Acevedo revealed that investigators had been unable to identify the confidential informant who supposedly had bought heroin from Dennis Tuttle, a 59-year-old disabled Navy veteran who was killed by police along with his 58-year-old wife, Rhogena Nicholas. The investigators concluded that Goines, who retired in March after 34 years with the Houston Police Department (HPD), had lied in his search warrant affidavit.

Another narcotics officer involved in the raid, Steven Bryant, has been charged with evidence tampering for “knowingly providing false information” in a police report afterward. Goines claimed that Bryant, who retired three weeks before Goines, had verified that the “brown powder substance” supposedly purchased from Tuttle was black-tar heroin.

“Weingarten cited the defense’s own medical sources. Broken bones were found in Epstein’s neck during an autopsy after he died Aug. 10,” reports CNBC. “Such fractures are somewhat more common in cases of strangulation than in hanging.”

Weingarten explained to the judge that Epstein didn’t at all appear suicidal during discussions and interactions the evening before his apparent early morning hours death. “We did not see a despairing, despondent, suicidal person,” the lawyer said.

To me, the key element here is that “officials” have not released the information that could bring clarity to what happened.  The situation is left murky.  Which bones broken?  How was he discovered?  Why was he taken off suicide precautions?  Who moved the room-mate out?  What was wrong with the “unusable CCTV footage” from the hallway camera?  Why is the single photo of Epstein being taken into the ED not typical of Epstein’s pre-death photographs.  We just don’t know.

The uncertainty leaves the public to either Trust or Doubt—and to fight among themselves about who is crazy, the “conspiracy theorists” or the “gullible believers.”

“We’re skeptical of the certitude” of the finding of suicide by hanging by the New York City medical examiner, the lawyer said.  There are “significant doubts” regarding “the conclusion of suicide,” Weingarten said.

When the MSM narrative funnels you to outcome (A) or (B), reality is probably outcome (C).

Hear there are some nice beaches once the plastic surgery heals up. 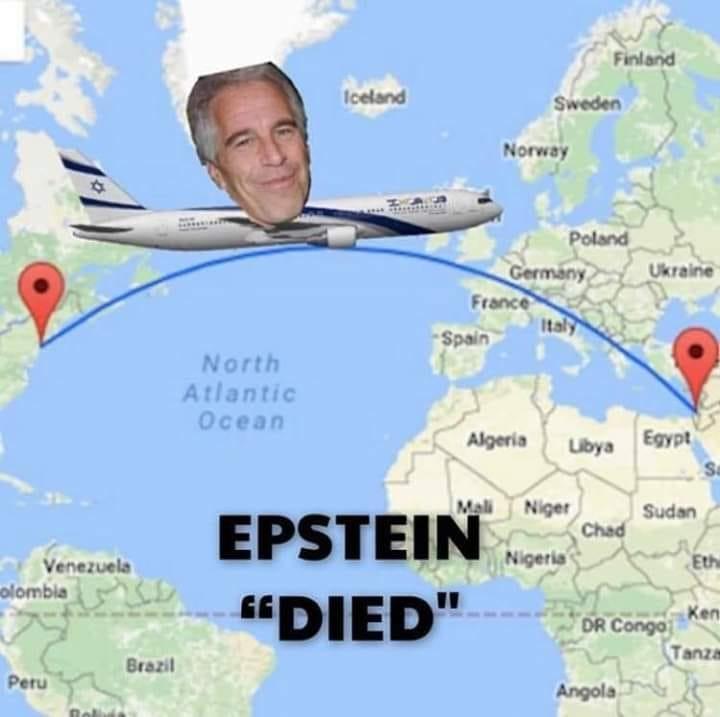 The two cameras that watch the corridor outside Epstein’s cell both malfunctioned.

So the strategy here appears to be to DELAY the release of information, and to offer a chain of plausible, though perhaps unlikely, alternative explanations.

The SUM of the improbable alternative explanations will be the tell.

The reasons will be just enough to give those who WANT to believe the option to continue in their trust of the system.

I reckon I have more chance of falling pregnant by post [I’m male] than the likelihood of the sum of all those elements / explanations being true.

Delay and obfuscation worked really well in the Las Vegas mass shooting. You never hear about that any more and all the loose ends and highly improbabilities caused not even a ripple in The Force. I assume it will work even better this time. But one of these days it’s going to suddenly not work and then nobody’s going to believe anything for a long time.

”Happy Hunger Games. And May the odds be ever in your favor.”

How the CIA, Mossad and “the Epstein Network” are Exploiting Mass Shootings to Create an Orwellian Nightmare (MPN News)

“Following the arrest and subsequent death in prison of alleged child sex trafficker Jeffrey Epstein, a little-known Israeli tech company began to receive increased publicity, but for all the wrong reasons. Not long after Epstein’s arrest, and his relationships and finances came under scrutiny, it was revealed that the Israeli company Carbyne911 had received substantial funding from Jeffrey Epstein as well as Epstein’s close associate and former Prime Minister of Israel Ehud Barak, and Silicon Valley venture capitalist and prominent Trump backer Peter Thiel.

Carbyne911, or simply Carbyne, develops call-handling and identification capabilities for emergency response services in countries around the world, including the United States, where it has already been implemented in several U.S. counties and has partnered with major U.S. tech companies like Google. It specifically markets its product as a way of mitigating mass shootings in the United States without having to change existing U.S. gun laws.