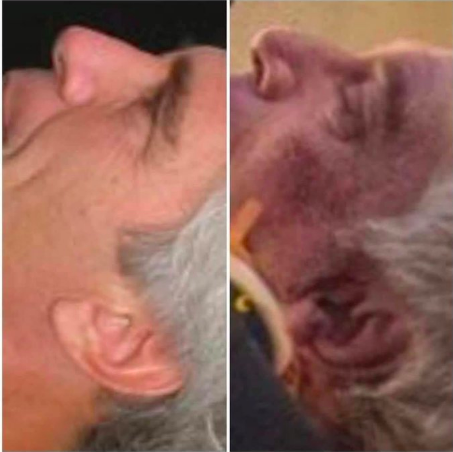 The same or different?

Source of post-mortem picture on the right, above: 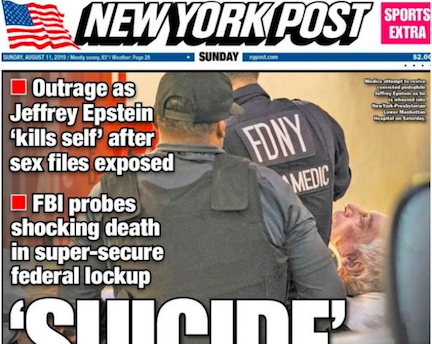 The same or different?

IMO, nowhere near close enough. With one caveat I reckon these are two different but similar appearing men. The noses, the nostrils, the eyebrows, the cheekbones, the relationship of the eyebrows to cheeks, the ears, all too different.

The caveat: that post mortem changes could have caused these differences. Sand_puppy, do you have an opinion here? I have seen one open casket funeral, my wife has seen several, and in every case the deceased looked rather different to when alive. Could the nasal skeleton undergo such deformation post mortem? How long after death was the photo taken? Would rigor mortis have set in by then?

1. the photos are of different men.

2. the photos are of the same man but post mortem facial changes have produced the differences.

3. the photos are of the same man but have been photoshopped to make them look different and confuse the public.

If these are different men, one must of course ask, who is the deceased? and where is Epstein himself? And how?

A plastic surgeon posts before and after pictures of his cosmetic surgery to alter the dorsal hump and drooping or upturned tip of the nose.  (example)

Removing a dorsal hump involves pealing the skin and fatty layer back from the nasal cartilage, then shaving the cartilage flat.  (In addition, the nasal bones themselves can be grasped with a tool and fractured, then pressed posteriorly a mm or two, and allowed to heal in the new depressed position.) 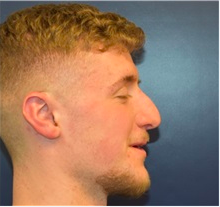 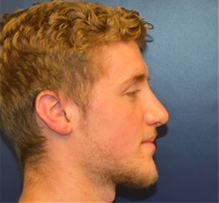 Rhinoplasty | Case Details
A man in his 20s, 1 month post-op rhinoplasty. The patient had a dorsal hump and drooping nasal tip preoperatively. It is important not to elevate the tip too much, but just enough for a natural appearance of the nose. The overall goal is a conservative change to the nose for a natural looking result which still retains a masculine appearance of the nose.

Soft tissue changes after death include color changes (as veins and capillaries leak fluid) and producing edema/swelling.  But bony and cartilaginous structures are NOT changed in the hours after death.  A dorsal hump and an upturned or drooping tip do not change.

Former CIA Officer and whistleblower Kevin Shipp says the Russian hoax and attempted coup of President Trump and the sex trafficking case against Jeffery Epstein are linked together by the same Deep State players. Shipp explains, “The FBI has completely raided his vault, and they have some pretty damning material. I don’t know why it took so long, but they have raided Epstein’s island . . . So, there is a lot of damning information the FBI has now on certain people. At the top of the list, and the one who flew the most, was Bill Clinton. Then he lied about it. They are intertwined in that regard and with the Clinton Foundation that we know is a fraud. It is known around the world, and you’ve got these two intersections with Bill and Hillary Clinton. Of course, Hillary Clinton is tied to the dossier in an attempt to get rid of Donald Trump. So, these webs interlocked with each other, and these people interlock with each other. Welcome to the global elite. Welcome to human trafficking. These things are connected, and with Epstein dead, there are a lot of prominent people breathing a sigh of relief—for now. Is Barr aggressive enough? He says he is going to pursue this case anyway. Is he going to call in the people seen on the CD’s, videos and photographs? That remains to be seen.”

On Epstein’s officially ruled suicide while in prison, Shipp says, “Epstein tries to commit ‘suicide,’ and his cellmate, a four-time convicted murderer, said he didn’t see (or hear) it because he had his headphones on. Attorney General William Barr was in charge of the safety of Jeffery Epstein. There should have been an entire contingent of U.S. Marshals to protect this huge witness, but there were none. Why is that? . . . . It is just unbelievable how they left this huge witness to die in prison. The prison guards were off, as we know. The cameras were not functioning. He was taken off of suicide watch and on and on we go. There are so many things that add up to this not being a suicide that it is remarkable. . . . We are all still hoping that Attorney General Barr will do his job and people are charged, but this is starting to bother me a little bit. A major witness that was connected to high level people in government and finance was left alone to die in prison, and I think he was murdered. This was all left to happen by William Barr. The pieces to this just don’t add up. . . .We’ve got so many strange things going on here that do not add up, and Attorney General Barr is ultimately responsible for this happening.”

And has J.E. left the building?

The pattern is unmistakable. Time after time the people come under threat from a well understood enemy of bourgeois order and time after time the people in charge do nothing about it. Only the most naive think the Epstein affair or the massive corruption in the FBI will be addressed. At this point, everyone knows the plot. The flow of stories will slow to a trickle and then the whole thing will be forgotten. In time, Epstein’s plotters will be partying with the FBI plotters at Lois Lerner’s Vineyard mansion.

Well, I could do without the dramatic music, but her points about Acosta are spot on:

What did he get in return for the sweet  heart deal he gave Epstein and what convinced him to forever protect Epstein’s co-conspirators in perpetuity, a deal never cut before in proprietorial history?

This stinks as much as anything in recent history.  But I suppose after all they’ve gotten away with this century, they’re confident in their ability to sweep this under the rug too.

Mr Barr has a singular chance here.  Either indict Acosta, et al., and let the chips fall where they may, or admit for all to see that there;’s no such thing as justice in the USA.

way back with MFGlobal and Jon Corzine avoiding criminal charges and anything but a portion of their fraudulent and illegal profits being paid to creditors. Just the price of doing business.

The aspect I think that has changed is TPTB don’t seem as concerned as before to make it look good to the sheeple. Only the thinnest shreds of deception are being employed to cover their tracks. It’s almost as if they’re daring “we the people” to do something about it. And “we the people” just keep taking it, preferring our mind-altering chemicals, teevee, and sports ball to the revolution that is way overdue. I mean, really, how many people predicted in public that Epstein would be suicided as soon they saw he had been arrested?! And still they suicided him!! Were they all out of that undetectable drug that causes heart attacks? And now they’re laughing essentially saying, “What are you prepared to do?!”

I feel the same way. I read the NYT article regarding his just-discovered “will.” How convenient.

one cellmate on trial for murder of 4 local dealers. massively muscular former law enforcement . worried now and wants transfer due to fears for personal safety. (correction: not convicted of murder as of yet)