No difference in delta viral load between vaxed and unvaxed

Videos. They have helped me to remain calmer in these times. Even some of them made my head spin do to the technical terms.
I have a question about the testing and the vaccine. I hope there is some info out there that may shed light on it. The vaccines produce a replica of the spike protein which the body learns to fight off through antibodies.
My question would be, if the pcr tests test for that spike protein would it be stretch to say that the tests would pick up on the spike protein the vaccines create? Thus creating more cases.
I may be in way over my head but it was just something that I was curious about.
bill

Pappy’s post got me thinking. What’s the data say about kids getting sick from and spreading the delta variant? Is it worse for kids than original strain?

Thanks Ision,  I did understand that concept.  However, notice how the hypothesis that the vial load can be roughly determined by the number of cycles used in a positive PCR test is never proven.  It is merely assumed to be true.  The only conclusion the study came to is:

We find no difference in viral loads when comparing unvaccinated individuals to those who have vaccine “breakthrough” infections.

I’ve read (not sure where, sorry) that the PCR test looks for two portions of the virus – one on the spike protein and one from the nucleus. So, they assume that if the PCR test only picks up spike protein as positive but not the other and you were vaccinated then you haven’t been covid infected.

However, Dr Fleming in one of his videos mentioned that he found antibodies to both spike and (unexpectedly) to viral nucleus proteins in quite a few recently vaccinated people (presume he did before and after testing). Which should not have been possible based on the very limited public data about what’s in the vaccine. So… who the heck knows?

Well, it depends on exactly what the PCR test is looking for…how it is configured..and putting this into context.   Low cycle positives, which might indicate greater loads, are completely meaningless if the target of the test is basically ubiquitous throughout the body…and not specific.

Dr. Paul Marik describes how different PCR tests will target different SARS-CoV-2 genes depending on which test is chosen.  He starts the discussion of the PCR testing @ 14:00 in this video: 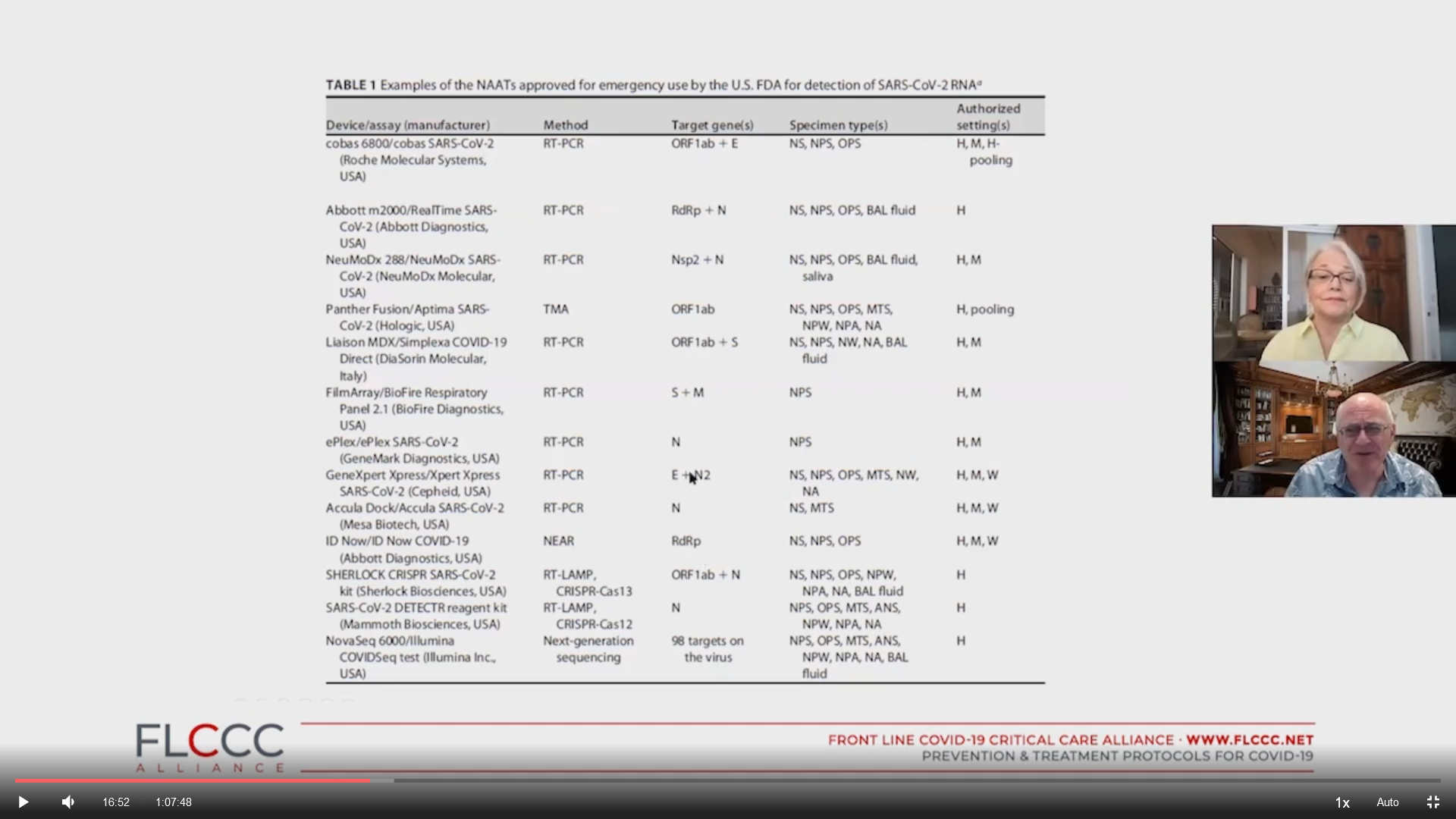 If that screen capture of the video is too small, you can point at it, right click and choose “Open image in new tab.”

If you look at that list you can tell that no test looks only at the spike protein.

Excellent question. I didn’t even think about it from that point of view.

But I think that even though others have given you great insight on what part of the virus is looked for in testing, I guess a real life confirmation is that there are many people with a negative pcr test and the vaccine. And those people that got breakthrough cases were able to be tested after symptoms showed up and verified to have covid.