Would anyone care to comment on the new CDC fatality numbers found here:

They are remarkably low and suggest (at least to me) that anyone under the age of 50 without underlying health problems should not care at all about this virus.  Thoughts?  Why is the death rate so low?

I do not know how they cooked the new numbers.  But, if I were you, I would NOT give them any credence.

Death is one problem.  Another problem is surviving but with material organ damage so die sooner but later.

I don’t give the CDC much credence either. Their early mis-steps, testing bungling, now telling people surfaces aren’t a big deal while the virus still is running rampant, all suggest that they are either one not playing with a full deck, or they are intentionally acting stupid. They do seem to a key part of the Deep State, and as such I would not put it past them to be trying to undermine Trump somehow. More and more the entire pandemic feels a lot like a Plandemic as the viral video suggests. But, in spite of all of that, the low numbers do seem interesting. It seems to me that everything with this virus depends on population density, initial viral load, and nutrition.

It is rather bizarre. They give no data to support their conclusion. Per “scenario  5” they give a total IFR of 0.26%, despite a mountain of credible evidence suggesting a IFR  of 1% or more in the mean.  The Diamond Princess is a wealth of information because we have near perfect knowledge of all aspects of the covid 19 outbreak aboard it.  We can make an interesting observation of DP data vs the CDC scenario 5 . the CDC give a symptomatic IFR for >65 yo are group of 1.13% . In this scenario there are 35% asymptomatics so total IFR for >65 yo is (1-.35)(1.3%)=0.845%.  Now per: https://en.wikipedia.org/wiki/COVID-19_pandemic_on_Diamond_Princess we have 712 infected, 145 crew and 567 passengers. Median age of crew is 36yo and median age of passengers is 69 yo, so the mean age if the infected is approximately

In regards to the pandemic, I have heard it stated that the “true” fatality rate, or rather the better estimate since we now have a fairly large pool of data, is the “number of dead divided by the total out come”. Total outcome is the “deaths” plus those that “recovered”. It is a wait and see what occurs to those that have tested positive for Covid-19. If you do the math, not a pretty picture to say the least.

I think many people are missing the big picture, including Chris Martenson, in regards to the numbers.

The CDC is doing us a favor but many don’t want to take it in the name of fearing the virus: https://www.zerohedge.com/health/cdc-admits-covid-19-antibody-tests-are-wrong-half-time-virus-isnt-deadly

The numbers are clearly inflated as admitted by Dr. Birx, even pressuring for Covid to be the official cause of death in cases where there is mere suspicion (many other countries doing the same). So when the flames of numbers fear-mongering are attenuated, some of us are inclined to buy into the fear programming instead of using their own numbers in our favor “against them”.

Fear-mongering on both sides (pharma cartel/legacy corporate media/deep state AND independent/truth researchers) impedes positive progress, both physically (because inflated numbers place virus threat on a comparable threat level to tyranny imposition / freedom erosion) and metaphysically (because creating from fear / focusing on what you “don’t want” causes/creates more of what you are focusing on, as reality / the universe / your higher self doesn’t understand of like/dislike, only of vibrational likeness).

First, this topic has been discussed quite a bit and is still a dynamic situation.  I’m not seeing there are any easy answers.

It has become exceeding difficult to sort out which info is accurate and which is not.  The CDC paper which has been referred to is based off of models.  It appears to me there are a lot of assumptions that went into these models. There have been very different estimates of death rates, infection rates, etc. between many different entities across the world.  Also, many organizations including the CDC have put out highly questionable to outright wrong information information over the past 5 months…..the WHO has been 100% discredited at this point, there have been studies in both the Lancet and NEJM which have wreaked of outright fraud and fabricated data, the politicians on both sides are using hyperbole for attempts at political gain, etc.   CV-19 testing has been highly variable, not just in number of tests but in the actual types of tests used.  I have yet to see a Gold standard test.  The tests accuracy depends on pre-test probability given signs and symptoms which brings subjectivity in something most people regard as being completely objective…. 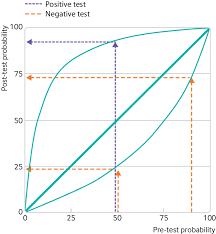 It is clear that there have been a high number of false-negative tests.  I do not have any information on false-positives, but all tests have false-positives.  The bottom line is that it is unknown exactly what the number of false testing is, particularly given many different types of tests being used within the US, and throughout the world.

Lastly, there can be a very long delay from the time of diagnoses to death (up to 2 months) which complicates attempts to estimate case fatality rates, etc.  The infection rate is going up in an exponential fashion (albeit there has been leveling off) in many areas of the U.S. and in many countries).  All of this creates a complicated math situation.  The mortality rate is a differential function consisting of two different exponential functions (nitial infection rate & death rate) spaced out over different time intervals.  Only after a fair amount of time has passed will this differential equation reach a steady-state.  However, medical care and specific CV-19 treatments are dynamic variables.  There is also good evidence there are different strains of CV-19 that inherently cause different severity of illness.  On top of all that, there’s been little data regarding long term medical sequela of CV-19 infection such as rate & severity of pulmonary fibrosis, rate of renal failure, MIs (because of prothrombotic effect), heart failure, etc.

One lingering issue is potential long term effects on the immune system.  CV-19 infects T-cells and there’s evidence it destroys them.  CV-19 infects T-cells via a different mechanism than other cells in the body.  Not enough time has passed to know whether the virus gets completely eradicated from the body when people “recover”, or if there may be some type of long term effect not unlike HIV such that there is a chronic destruction of T-cells.  Several virologists have suggested there are commonalities between the structure of CV-19 & HIV.

It’s a no-brainer that CV-19 is much more severe that the worst yearly flu, and that it has affected all age groups albeit older people more so.  There are plenty of young people who survived but have residual pulmonary fibrosis which undoubtedly will cause impairment in quality of life and ultimately mortality. That’s a very long winded way of saying the jury is still out on quantifying CV-19 severity of disease, at least in my mind.

I too think that the data strongly suggests ” There is also good evidence there are different strains of CV-19 that inherently cause different severity of illness”  this can be clearly seen by constructing a bar graph of CFR’s of countries which have achieved more than 99% or 98% negative test results with say an average ratio of total cases to active cases of less than 25% (or some reasonably low value).  When this data is graphed out in .5% increments  there appears two distinct spectral spikes with an average of about ~1.4%

@dryam2000
It’s a no-brainer that CV-19 is much more severe that the worst yearly flu, and that it has affected all age groups albeit older people more so. There are plenty of young people who survived but have residual pulmonary fibrosis which undoubtedly will cause impairment in quality of life and ultimately mortality. That’s a very long winded way of saying the jury is still out on quantifying CV-19 severity of disease, at least in my mind.