Wish she’d quit talking about it and show the proof.  Short of that, her accusations are meritless.

Edit to add:   I perhaps shouldn’t have said “meritless,” perhaps lacking evidence.  She made her original release of similar information on July 10 and still no hard evidence.  I believe the virus was manipulated and that it’s likely there is also culpability on the part of other countries (including the US) and individuals.  Part of the reason the pandemic has been handled so poorly.

As usual in the power driven, political realm, there will be no true accountability, no justice.  The narrative will be controlled so the masses can be controlled.   Absent Biblical truths, man’s moral and ethical standards are subject to change.   In today’s world, “might makes right,” the truth be damned.  If Dr. Yan has the evidence, she needs to bring it on.

Well, THAT was quick.

Virologists at research labs keep meticulous notes of their procedures so the lab notebooks should be checked at the Wuhan lab. Oh that’s right, all the notes disappeared without a trace. Both Dr Yan and Dr Martenson present strong evidence that the virus was manipulated by man although at this point there is no proof that it came from a particular lab.

Paper was released in the last few days somewhere.

You can read it here: https://www.researchgate.net/publication/344240007_Unusual_Features_of_the_SARS-CoV-2_Genome_Suggesting_Sophisticated_Laboratory_Modification_Rather_Than_Natural_Evolution_and_Delineation_of_Its_Probable_Synthetic_Route

I think it well found at this point this is not a natural virus.   if it was able to cross infect so many different species, we would have seen it long ago.    There is no way to go from nothing, to every species in the world.  Which this seems to have the ability to do.  There is also way to much damage going on inside the body to say this is just nature, at least for this type of respiratory virus.. And then all the genetics done on it also suggest it, though it is difficult to prove.  But I firmly believe without any trace of doubt. ( if sitting on jury , given the evidence i have seen, ) it definitely is lab made.

I’m not an expert, but the evidence is really compelling that this is man-made. The next question is: how did it leave the lab? Was it accidental? Or was it intentional – and hence an act of war?

I’ve been assuming accidental, until evidence proves otherwise. This report is worth follow-up investigations. The claim is shocking. I really want to see a smoking gun, and maybe an intrepid journalist will dig into this.

I would not at all put it past the CCP to do this. Maybe their motivation is to take down much of the global economy, figuring that they can come out the other side relatively stronger geopolitically and economically.

I salut anyone trying to free themselves and the world from the tyranny of the CCP. God help this woman. She is going to need it.

While I don’t agree with all of her conclusions, I think it’s probable this was a lab accident, I agree with her insistence on the right to voice her opinion. In China they would have silenced her and disappeared her, as they tried to do to Dr. Li Wenliang. Never forget the hero who warned the world.

I found it very convenient for the CCP that Dr Li Wen Liang died “from the corona virus” at age 34.

From that lancet chart: per 100k population, for every 34 year old who died from this virus, there were (roughly) 617 people who were older than him who also died from the virus.

I mean, sure.  It could have happened that way.  But it was awfully convenient for the CCP that it did.  Dead heroes are much better than live whistleblowers.  A dead hero will say whatever you want him to say.  A live whistleblower – very difficult to control. 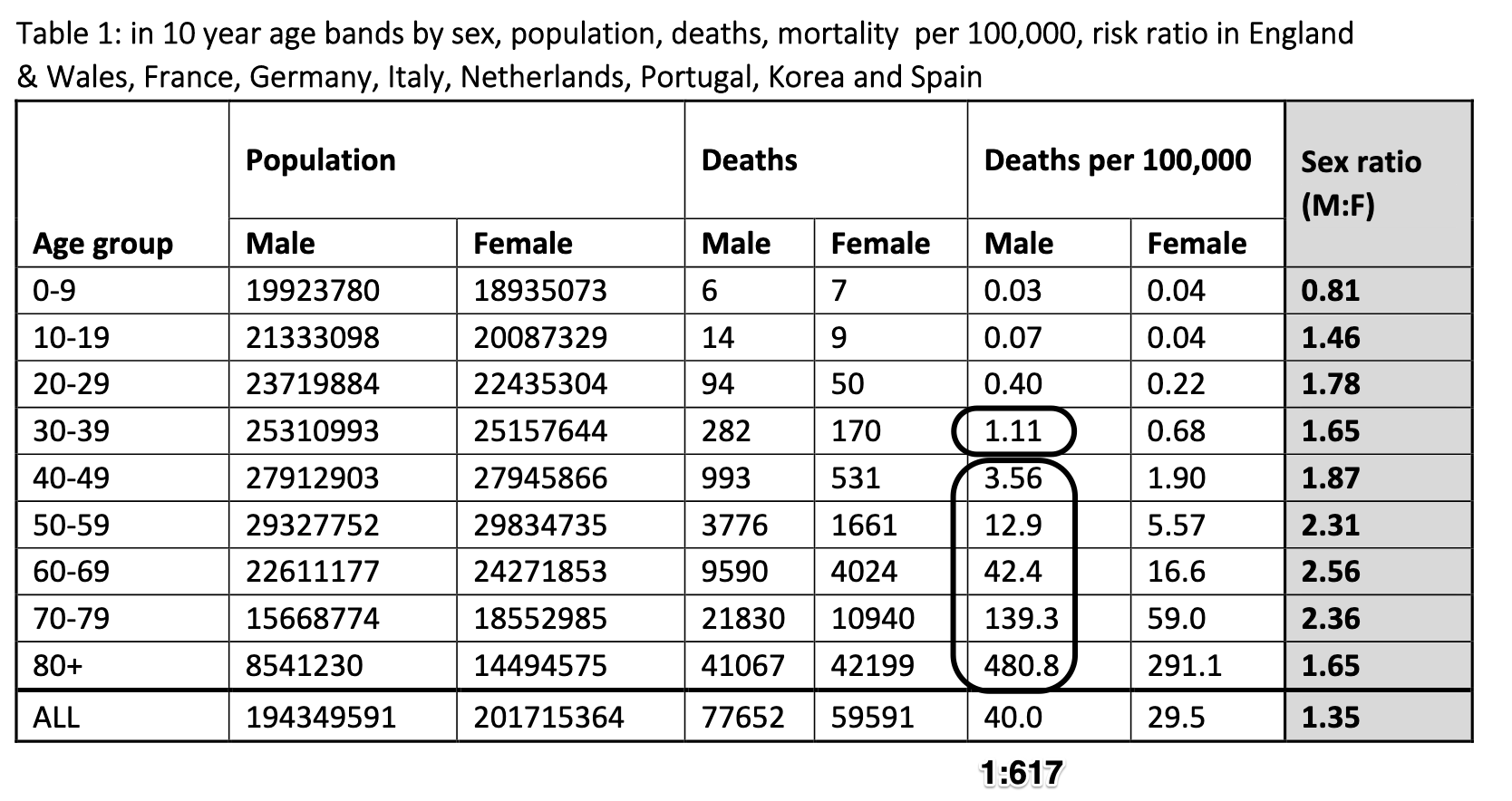 FWIW, I find Li-meng Yan credible.  I’m not so sure about the “deliberate release” claim.  I’ll be interested to read her report.