According to Wolf Richter, the brilliant minds over at the Fed are scratching their heads. Next, I imagine they’ll be throwing their hands up in despair at the persistent incapacity of the average person to do with free money what the central bankers think they should do with it – spend it on “stuff.”

“Total household debt – mortgages, HELOCs, credit cards, auto loans, student loans, and other debt – rose by $85 billion in Q1, to $14.6 trillion, according to the New York Fed’s Household Debt and Credit report Wednesday afternoon, based on data from Equifax.” Yet “serious delinquencies of mortgages & student loans plunge[d] to record lows.”

How can that be, you ask? Simple: the government has put mortgage loans and student loans into forbearance, and “delinquent loans in forbearance don’t count as delinquent.”

Also, people are using their stimulus checks and the free cash flow liberated by the moratoriums on mortgages, student loans and housing rents, plus reduced expenses that come with working from home – or not working at all – to pay off their high-cost revolving credit lines:

I love that word, “confounding.” It means the Fed didn’t expect it, can’t understand the thinking behind it, don’t know what to do about it, and are exasperated by its presence. It’s not what they expected, and not what they want.

Stupid main street debt slaves – we can’t get anything right. No wonder they don’t want us to have so much freedom. I’ll bet a good government-controlled digital dollar could solve all of this undesirable misallocation of economic lubricant! Don’t you?

While true, here’s some context.  First, the drop in consumer credit, which appears at least somewhat significant: 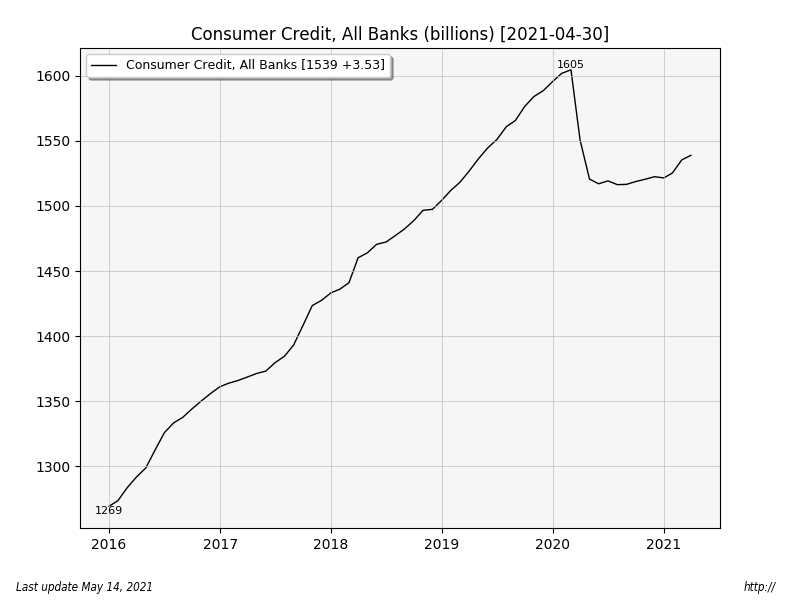 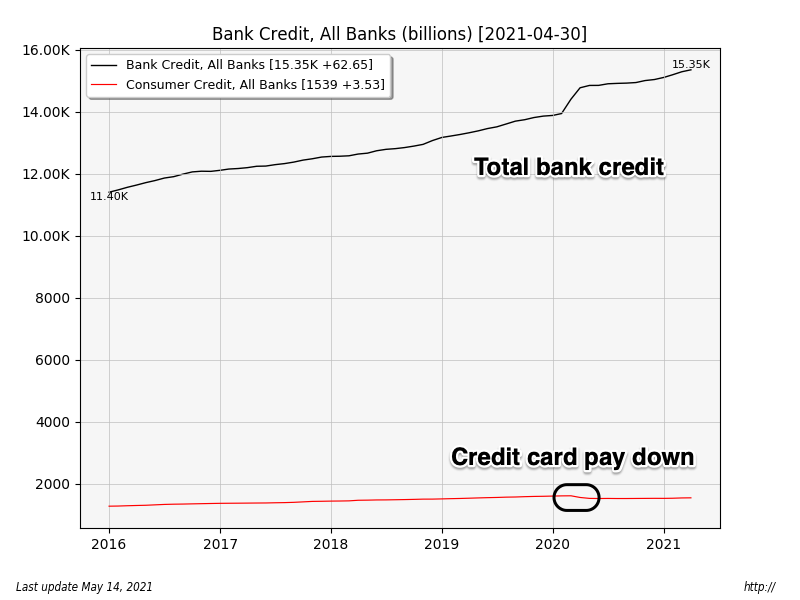