I found a great blog to follow by a doctor who analyses studies and digs into important questions that the mainstream media does not.

He just posted a meta analysis of some Ivermectin studies.

His meta analysis of some properly done Ivermectin trials shows “a 62% reduction in the relative risk of dying among covid patients treated with ivermectin”.

At the start he analyses some poorly run trials, one of which is sponsored by some of the competing drug an vaccine makers. Two of those trials were done on small groups of mostly young, healthy people. They couldn’t possibly have statistically significant results, but the results were interpreted as showing no significant effect of Ivermectin.

The next large study he is watching is one with thousands of people funded by the Bill and Melinda Gates foundation.

It has large enough numbers to get a significant result, but I am almost certain the conclusions will somehow be negative.

Whatever happens in that trial this blog is still a great source to follow. He does a lot of the same work Chris Martenson does in sifting through data and finding answers to important questions.

I’d like a good MMR study, but that one is also funded by the Gates foundation.

The science makes sense that the MMR would offer some cross reactively protection to Covid because measles and rubella have similar spike proteins.  It would also explain why young people don’t get as sick with Covid and why those over 65 are more likely to.  1957 is the cutoff, if you were born before 1957 they figured you got the disease and so those folks never got the MMR.

The clinical trials are in process but they won’t be completed until the end of the year. My personal, wild ass guess (WAG) is that it is about 50% effective if you’ve had an MMR within ten years.

Conversely I have to wonder if a recent MMR would either interfere or cause complications with the existing Covid vaccines.  Hopefully we don’t harm too many kids figuring that out.

Here’s a table posted by Covid19Crusher on the BCG vaccine appearing to confer a modest (but statistically significant) level of protection.  Note that many African and Asian nations give BCG vaccine at birth.   Hmm, interesting.

Maybe there’s something useful in some of those old-timey vaccines that make Pharma no money at all?

The paper from India, here: 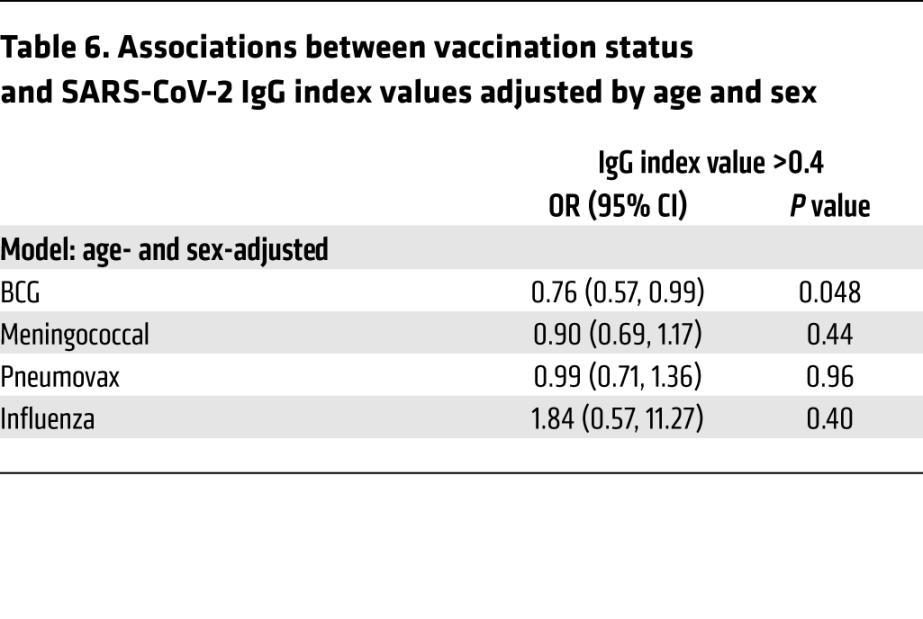 Getting people to pay attention to your BCG vaccine study: Very, Very Difficult.  Do a google search and see how many “debunkings” there are about this evidence.Getting people to pay attention to your brand-new-never-before-tried-in-humans-MRNA-vaccine study: super easy.  Gimme the shot, dude.  Twice!  What could possibly go wrong?

Watch this from Dr. Pierre Kory

That’s a good video Kerry. Dr. Kory does a good job of covering the wider picture and all of the other things going on to protect pharmaceutical company interests. Sebastian Rushworth’s article is a close look at one part of that.

kathy , regarding the MMR vaccine and potential protection from previous vaccines.  I believe there was a report a while back that people that had received the tuberculosis vaccines ( mainly russian ) provided some type of protection as well.

I have no idea about we could obtain such information , but I would love to see vaccine history data on those who have recovered from Covid vs those who have not.   I think this type of fact finding is crucial.  I am not sure why “scientists” are still not asking enough questions about the differences, of who is vulnerable to severe covid and why.    There were a set of twins that both had covid , one had mild form and other had severe.   But the media Dr  proposed that DNA is not identical after time and environment even in twins.  AND suggest that would explain the difference, or that perhaps one may have had previous cold ( which is incorporated into your dna) that would afford some protection.    My opinion is more the converse, that they likely had a sensitizing infection rather than immunizing.    Again, I would like to see the vax history on the two twins.

Dave, i just went through the BCG study you referenced.   It is interesting in theory.  I would generally say that vaxxing seems to have a net negative effect on immune competence.   However, according to the study, the mechanism believed to be responsible is a strong immune response memory ( and a stimulated innate immune response ) It is rather interesting for a vaccine to enable innate immune response , which is in contradiction to the learned memory of the immune system.  I have not heard of any other vaccinations associated with increase innate immunity.  But certainly, it does appear children seem to fair much better than older people with Covid.   I think we need more vaxxing studies.   Again, we have to be careful what we chase.   There is likely a fine line when it comes to enhancing over-all immunity.

Four top researchers resigned from Frontiers in Pharmacology over suppression of information on repurposing of drugs that effectively fight Covid 19:

It is with sincere regret that we write at this time to resign from our roles as founding topic editors for the Frontiers in Pharmacology Research Topic “Treating COVID-19 With Currently Available Drugs” … The recent extraordinary and unprecedented actions by Frontiers in the rejection of the review manuscript “REVIEW OF THE EMERGING EVIDENCE DEMONSTRATING THE EFFICACY OF IVERMECTIN IN THE PROPHYLAXIS AND TREATMENT OF COVID-19” and the original research manuscript “HOSPITALIZED COVID-19 PATIENTS TREATED WITH CELECOXIB AND HIGH DOSE FAMOTIDINE ADJUVANT THERAPY SHOW SIGNIFICANT CLINICAL RESPONSES” after review and acceptance of each manuscript by four/five well qualified peer reviewers (during final validation) is what has prompted our collective resignation.

There was a country-level assessment on BCG vaccine at birth.  Definitely Asia and Africa has generally done a lot better vs COVID than the West.  That’s one thing many Asian and African countries do – BCG vaccine at birth.  It is a super old time vaccine – inactivated virus.  I can’t say why it would work.  I’m not recommending that we all run out and get BCG.  Its just data.

Then again, if I were building a virus in the lab, and I didn’t want to hose my own country too badly, I might make a virus that my countrymen (and the neighbors – don’t want to piss them off too much, right?) had a natural resistance to – one that wasn’t too obvious.  I mean, possible, right?

This was a lab-grown virus.  Literally anything could have happened.

I’m just going to observe that if the CCP had planned this whole thing out to maximize their own CNP, they really couldn’t have done a better job of it.

Awesome find.  I agree 100%.  Only way the systemic sociopathy comes to an end: people of principle resign in protest.