If you thought Oz Was Crazy: NZ Police Arrest Pair with “Large Amount” of KFC

I’m not a New Zealander (Kiwi), but I had to repost this:

The men were arrested after allegedly trying to flee from police near the Auckland border. When their car was searched, police said they found a large quantity of KFC, as well as the cash and a number of empty ounce bags.

The arrest struck a chord with New Zealanders – especially Aucklanders, who have spent a month in a strict level four lockdown that does not allow restaurants to open or residents to order takeaway food.

[…] After the KFC arrest, a police spokesperson said “officers noticed a suspicious looking vehicle traveling on a gravel road, and upon seeing the police car, the vehicle did a U-turn and sped off trying to evade police.

[…] A breach of the Covid-19 Public Health Response Act can result in imprisonment for up to six months; or a fine of up to $4,000.

The men will appear in court for breaching the health order, and police said further charges were likely. 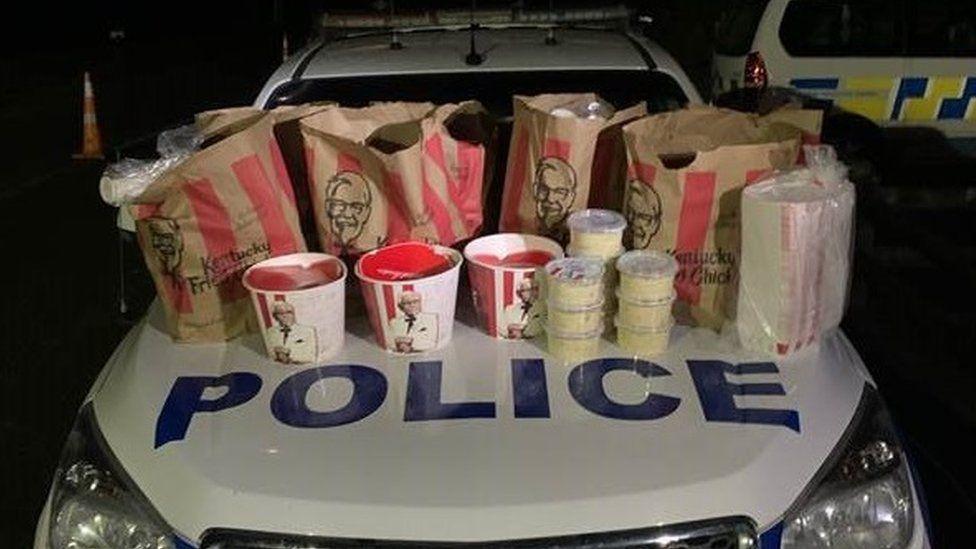 These guys in Australia are certifiable – their level of action is worse than if we were talking ebola and fatality rate of 50% or more.     It just is a joke for a disease like this – Unless of course , there is more to this disease than we know about. or perhaps they are planning on releasing a more lethal strain( which wouldn’t be difficult ) on purpose.   I can think only its a dry run for what is to come.  Which really is possible with the lunatics, fauci and co.