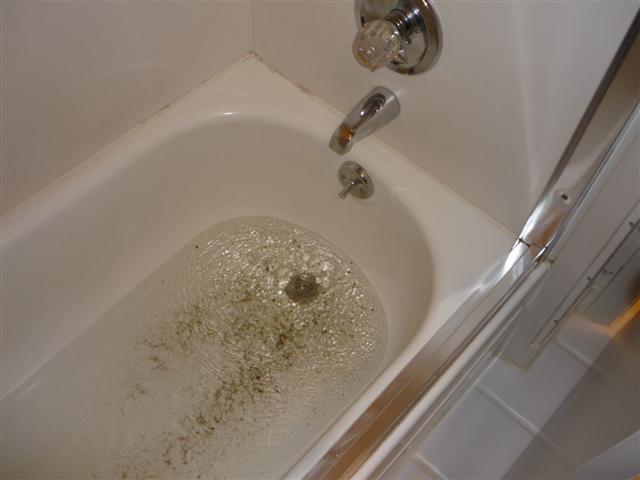 Perhaps this is not the best place to discuss this, but the reason I did not write the planned article (on early plantings and dodging frosts) last week, was that we had a tree root in our main drain line for our house. There were some lessons learned, however, that apply to all of us, so let me share them.

The first hint we had that anything was wrong was years ago, when we’ve had to use a pressure bladder to clean out the sewer line. Three times. In retrospect, we should have assumed there was something growing in that line since we are very careful to not put clog-producing things in our drain.

Let me tell you, there is nothing that can throw you into a near third world situation faster  than a blocked sanitary drain.

Being preppers meant we had a lot of options the average person does not have, though.

Toilets: We had two choices on hand for sanitary facilities: a Luggable Loo… 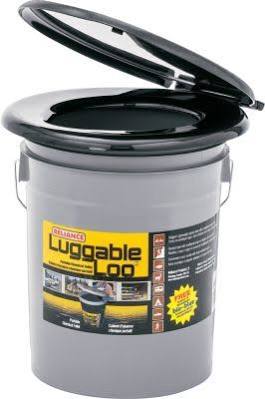 …or something we had left over from my hip replacement: a bedside commode 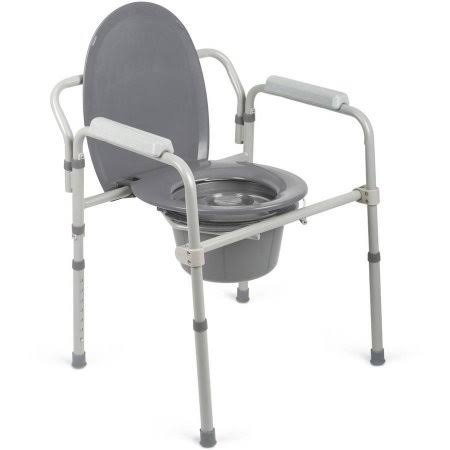 We went with option 2. Recommendation: use pine cleaner (not bleach) and water in your temporary toilet; it really cuts the scent. Then, you’ll have to dump it once a day. Liquids can perhaps be poured somewhere but solids need to be buried. (I know, TMI. But this is a practical post.) I’m sure an outhouse would be a better long term solution, but we only needed to do this for a week.

As for the residue in the actual toilets, when the plumber tried to snake it out there was a little capacity left over even when he failed,so we were able to flush each one once, then scrub them. We put “Do Not Flush” notes on each, and something like a bottle of pine cleaner that had to be moved before opening the lid. The last thing we needed was to forget and use one of them out of habit in the middle of the night!

Bathing. We took sponge baths and shampooed in the kitchen sink, with a basin underneath, then threw the water out the back door. Had it been summer, we have a kiddie pool.

We spit into a trash bin after brushing, and shaving meant another basin of water thrown out the back when you were done.

Dishwashing. We washed them in  basin in the sink, put the washed dishes to the side, tossed the wash water out the back door, and then rinsed them in the basin. Toss the rinse water and you’re done.

Laundry. We pulled the washer away from the wall, and connected a series of hoses and pipes to the washing machine drain. The waste water went into our back yard. A friend of mine in Australia did this during a long drought, and by using mild soap she was able to water her garden this way when it would have been forbidden otherwise. PS- we also have a setup where we could wash our clothes in a 5-gallon bucket out of doors, but that was not necessary. We had water and power.

Being without a working sewer line for a week was a reminder of how fragile our civilization is. The plumber (expensive) could not fix it and diagnosed a root in the line. He suggested a company that could temporarily clear the line with a very high pressure hydro-jet (even more expensive), or we could have someone dig it up and replace the line for a permanent solution (extremely expensive). We decide to dig-and-replace ourselves. When we called for utility mark-outs before we excavated we got a pleasant surprise. The town had recently taken over our sewer service from the water company, and they decided the blockage was in their part of the line. Although we were now in the hands of a bureaucracy, so they needed their own mark-outs, they eventually fixed it for free.

Here’s what they took out of the line. 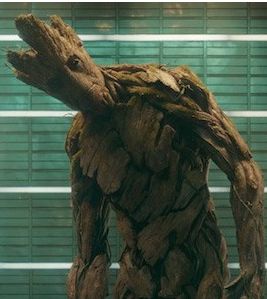 Wait, just kidding. But not by much. Here’s the culprit. 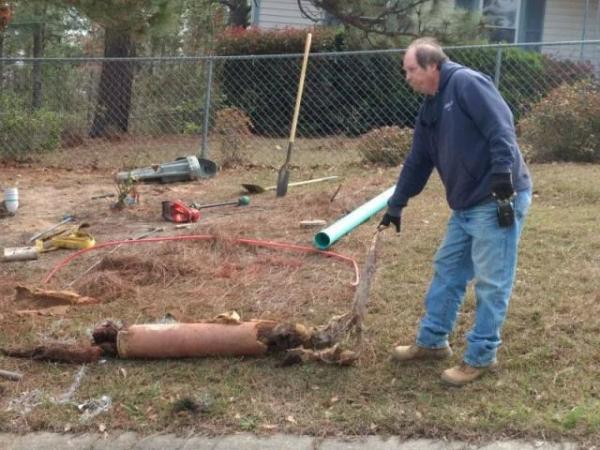