How to make the Death Rate data more useful

OK so I’ve been watching this map for at least 2 months. I’ve always looked at the death percentage first and considered it the most important number. It is still very important, but I believe the way this map (and other sites) calculates the death rate is faulty. And this will seem nearly harmless until I address a more serious issue in the second part of my question.

Let’s use the current US numbers as reported by the map on March 31 2020. The numbers for the US are at the top of the map below the “global numbers”. 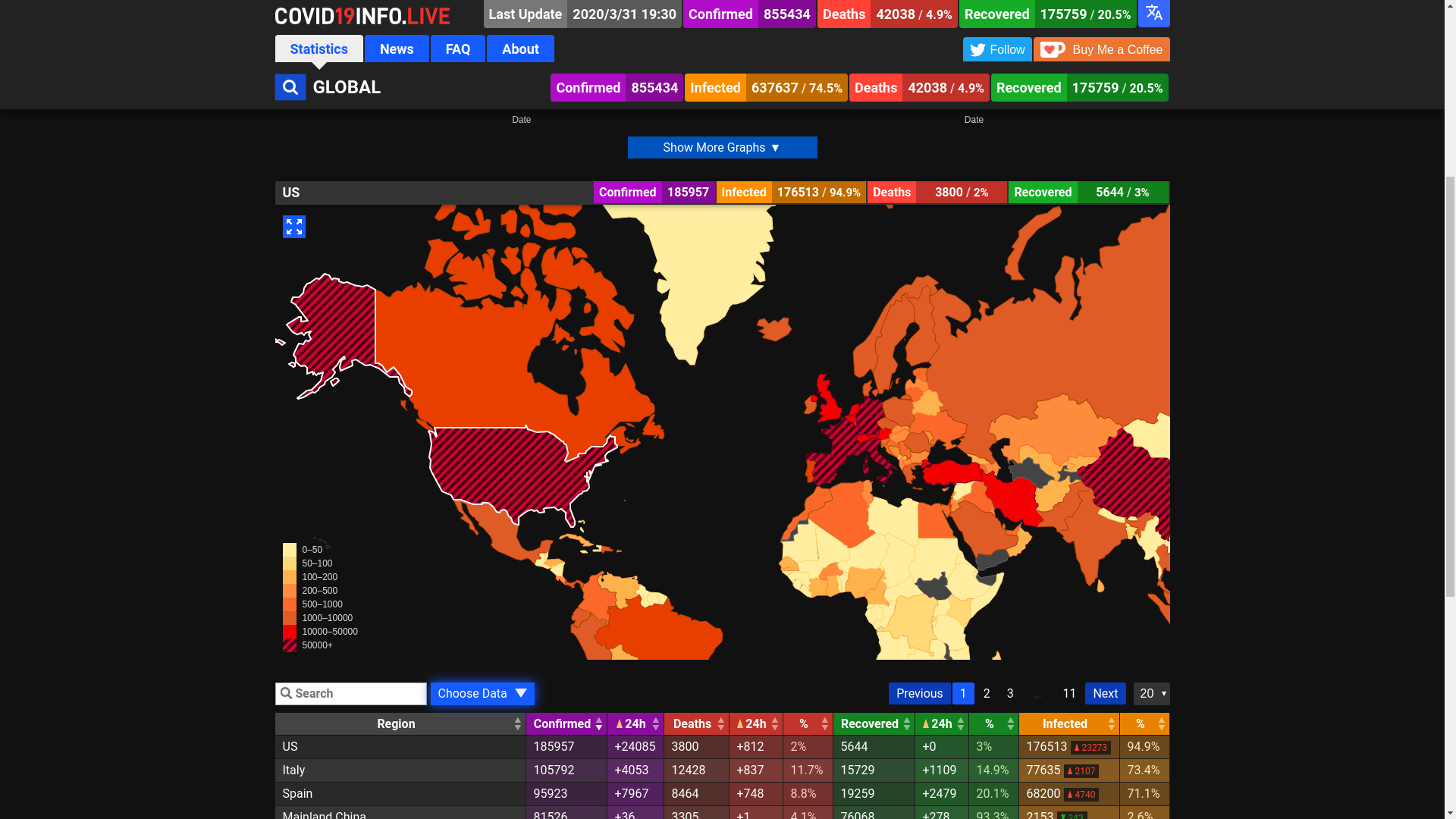 x is important because it eventually tells you how they’re calculating the denominator.

x comes out to a rounded 190000. The closest I could come to this number was by using “total confirmed cases” + “total deaths”.

so they calculate the death rate by using the following equation:

This excludes recoveries from the equation. Using that equation, “total confirmed cases” is effectively counted as recoveries. How could they make such a huge mistake?

If they include total recoveries the equation should be:

Why don’t they instead use this equation to determine the death rate? (This is my second question and I consider it very important)

I was very stressed, tired and still kind of shocked when I wrote this so apologies for any parts i didn’t completely explain. If there are any errors typos or unclear parts, please let me know.

Chris Martenson, I noticed you are now using the formula I came up with to calculate the real death rate. Could you please give me credit? My name is Grant.

I also realized the resolved case numbers will change dramatically when hospitals cant let any more people in . Unfortunately we can’t estimate what the death/recovery will be when hospitals can’t take any more patients, but I think it could be worse than even the Black Plague.