how fast do you think US economy will recover?

I’m curious what you guys think the speed of the economic recovery will be. A study by Bordo and Haubrich called “Deep Recessions, Fast Recoveries and Financial Crises: Evidence from the American Record” Economic Inquiry 55(1), 2007 suggests that the more severe the crisis, the stronger the recovery, with 2008 being one of the outliers in which output did not return pre-crisis during the duration of the recession. I know finding solution to the covid pandemic is key, so for the sake of discussion, let us assume that a vaccine is discovered and distributed by Q1 or Q2 2021, what are your best guesses on when GDP will have recovered to its pre-pandemic level?

It will never recover to pre-pandemic levels.

Think about how people’s mindsets will change.  I will probably never eat from a salad bar again.  Could not pay me to take a cruise and won’t attend any function with copious amounts of people.

Many businesses will never open again or I suspect many will go bankrupt.

The pain and economic struggles are just starting.

Something global should happen again to bump the economy up. Either America will start work hard again (produce something highly-demand) or engage another conflict to rob some country. Dollar export is still functioning, but don’t know how long it will last.

When I lost my job I’ve decided to become a moderate survivalist and learning how to grow popular veggies in my garden. Tilling ground, put in seeds, watering. My family still has some income through my husband’s business, but it’s not in the best state also.

I used to live at the beach, now I live in the mountain’s.

Big swells would hit the beach in sets. So if you were walking near waters edge and a wave rushed up and made you stumble or fall, you were on notice that the next wave of that set would be coming soon. It served as a wake up call that one was walking too close to waters edge.

Your pivot to resiliency is good instict, taking steps away from the edge of dependency, taking responsibility for your own food supply.

The next wave could be weeks from now or in the fall. It could be viral or oil or currency reset or war. But its coming.

Think carefully about what has happened…

A bunch of scientists created a new life form that kills humans. You don’t need to understand the specifics of how it kills, or how many it kills. Simply that these very smart scientists created a brand new organism and it kills people. Especially people that may not be so healthy to begin with. Which is a large number of us.

And so far, no one seems to understand exactly what the organism actually does or how it does it. But it definitely can kill you, or possibly make you sick for the rest of your life.

This brand new life form is invisible. It’s an invisible predator. It is a very stealthy animal. It hides very effectively. And it can go almost anywhere it wants – like a central air conditioning system, or on an airplane, or on a train, or a ship… or an UBER car.

You may not even know you have this life form inside you. But the minute you talk or sneeze, or cough, or yawn, or maybe even fart – it escapes into the air around you! And it floats through the air. And while it’s invisibly floating around, it can easily infect your friends, your neighbors, your children, your spouse, your teammates, your co-workers or strangers that you may pass or sit next to. AND IT CAN KILL THEM.

Now consider that the ODDS of it KILLING them are much higher than the odds of any of them winning the Lottery. And lots of people believe they can win the Lottery, all they have to do is play once or twice a week. But this LOTTERY will kill them or make them sick for the rest of their lives. And all they have to do is act the very same way they’ve been acting their whole life… up until now.

So the question you need to be asking is NOT “how fast do you think the US economy (the world economy) will recover?”

The real questions are:

Do you wanna sit in a movie theater?

Do you wanna go to a concert?

Do you wanna eat out?

Do you wanna go to church?

Do you wanna get a haircut?

Do you wanna go to school?

Do you wanna go to work?

Do you want to get on airplane?

Do you want to share any type of transportation?

DO YOU WANNA PLAY THE NEW SC2 LOTTERY?

Welcome to the game!

And remember… WE CREATED THIS NEW ORGANISM!

In addition to Granny’s comment that the economy won’t recover to pre-pandemic levels, it won’t be able to once we factor in the three E’s, especially when considering energy and the environment.

All of the shale companies are imploding, they were barely surviving at $50 to $60 per barrel, and were only able to through massive borrowing, and now the lenders are realizing it was a big fat Ponzi scheme…

Once demand for oil crashed (because of the virus and quarantining ourselves) and supposedly there isn’t anywhere else to store the oil we aren’t using, and if wells are taken offline that’s a problem. Not only does it take time to bring them back into production, but it can damage oil fields doing that and the pipelines which need constant flow through them, possibly permanently, if we stop production. Quite a quandry.. With nowhere to store the stuff and there are only so many oil tankers globally. Reminds me of Richard Heinberg’s book “Peak Everything”.

We need energy to power the economy, and with our fracking industry biting the bullet right now, we will need to resume importing an even higher amount of the stuff…

(I know some of these links below aren’t recent, but they are still and even more relevant now…)

We, collectively, also seem to want to ignore other aspects, such as the laws of thermodynamics and Energy Returned on Energy Invested.

“In economics, the Jevons paradox (/ˈdʒɛvənz/; sometimes Jevons effect) occurs when technological progress or government policy increases the efficiency with which a resource is used (reducing the amount necessary for any one use), but the rate of consumption of that resource rises due to increasing demand.[1]”

I’m underlining some parts from this link but I didn’t italicize anything, and don’t they sound familiar right now?:

“Most people believe that low oil prices are good for the United States, since the discretionary income of consumers will rise. There is the added benefit that Peak Oil must be far off in the distance, since “Peak Oilers” talked about high oil prices. Thus, low oil prices are viewed as an all around benefit.

In fact, nothing could be further from the truth. The Peak Oil story we have been told is wrong. The collapse in oil production comes from oil prices that are too low, not too high. If oil prices or prices of other commodities are too low, production will slow and eventually stop.

In many ways, Limits to Growth with low oil prices is worse than Peak Oil with high oil prices. Slowing economic growth leads to commodity prices that can never rebound by very much, or for very long. Thus, this economic malaise leads to a fairly fast cutback in commodity production. It can also lead to massive debt defaults.

Part 2. The world economy has been held together by increasing debt at ever-lower interest rates for many years. We are reaching limits on this process.”

It is not because of decreased rig count. It is because cash flow at current oil prices is too low to complete most wells being drilled.”

Besides the Energy side of the equation, the Environment is another super important part most economists don’t factor in. With fewer and fewer physical resources for manufacturing, etc., besides the fact that we were getting a lot more of the physical resources required from other countries it takes fossil fuels to transport goods here…

A Scarcity of Rare Metals Is Hindering Green Technologies

Limits to Growth–At our doorstep, but not recognized

An Update on Mineral Depletion: Do we Need Mining Quotas?

From Chris and Kurt Cobb:

If, like Trump suggested, this virus will disappear like magic, the economy will recover fast. People will forget disaster faster than happyness.

However, if this virus will stay with us forever as the flu, the economy must change dramatacly and will need a long time to recover to any acceptable level.

As usual, the truth will somewhere in between….

Anyway, the real question at this moment is “when will MY economy recover…”

I just didn’t have the guts to take a picture of him… his was red and he had the elastic band around his head. 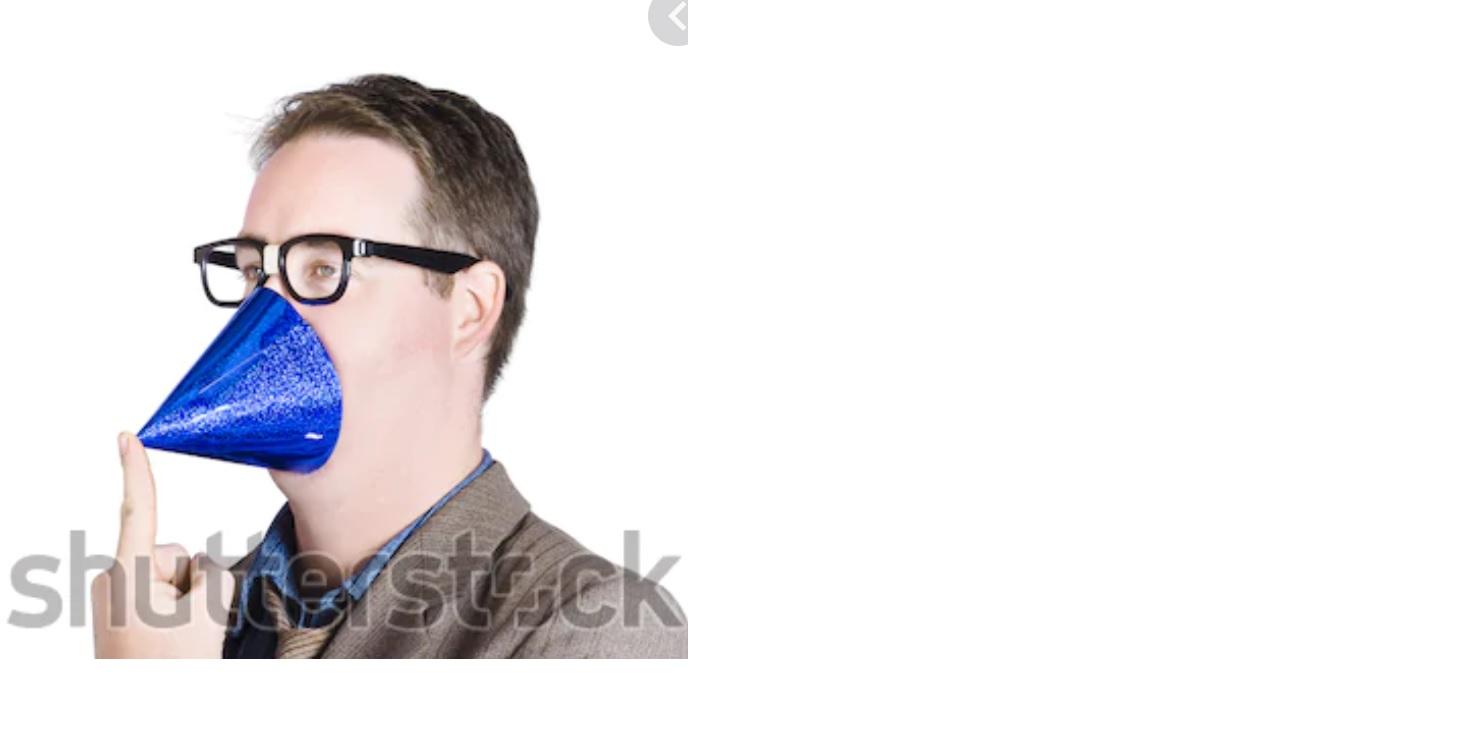 Anyway, the real question at this moment is “when will MY economy recover…”

“Will MY economy recover?”

My wife had to go to the store yesterday. She said there were 3 people in line.

Two had their mask on “Schumer style” (not covering their noses) and the 3rd had an N95 mask with the nose piece covering her cheek because she put the elastic over her ears instead of behind and over her head.

It would be funny, if it were not so dangerous.