How Can you Model the Stock Market, when it breaks from Classic Logical 20th cen

How Can you Model the Stock Market, when it breaks from Classic Logical 20th Century models ?

When I was in my early 20’s my company in Silicon Valley sent me to University of Florida Gainesville for a Business School type training.

We had a good Finance professor that taught the classic stock market valuation model –
A reasonable estimate of the value of a stock is,
the present value of the future earnings stream, of the company.

Of course that was when interest rates were a lot higher, so the calculation of Present Value had a real number for discounting future earnings.

Now it’s kind of hard to do that calculation. You need an interest rate number to help assess the future earnings stream.

I can understand, if interest rates are low, possibly artificially low, then people are simply more willing to accept a lower Dividend in a stock, as a For Example.

Now when you apply those kind of models to companies like Tesla or even Salesforce, it’s a Total Train Wreck. 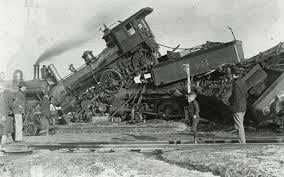 If we call the current print as much as you want, method, “Modern Monetary Theory”, then I am basically asking how an MMT theoretician would value a hypothetical stock, if given real numbers, for revenues, after tax earnings, etc.

I would say in general that, EARNINGS MATTER, so when you see a company like Tesla with a PE ratio of 1680, well the only way that is justified is if it grows in size about 50 fold, and starts returning 10% on revenues.

To use Cynthia McKinney’s term, there is “something else crawling under the carpet”.

related to the Fed’s recent addition of $3 Trillion to their previous $4 Trillion Assets.

The only thing I can come up with is, you would need a model of ALL the money flows, pretty much, in the world.

That is a pretty complicated model.  You would need a Goldman Sachs size budget to hire 10 people to integrate all the geographical and financial data into a 3D model that you could see and get answers from.

So if you were a “financial analyst” working at some company that “manages money for rich people”, when it was your term to present the Powerpoint for valuing Tesla or Salesforce, what would your Powerpoint say ?

My Powerpoint would say, SELL. Be grateful for the Lucre.  But, way more downside than upside.

The 2020/21 Stock Market is like the Dotcom Bubble, on Steroids, 5 hour energy drinks, Viagra, etc.

It just amazes me that people look at the current financial landscape and think they should buy Tesla and Salesforce.

I pick Salesforce because they are a large company with established revenues, whose PE (roughly 120) still indicates that they will grow 4 fold in size.