She said unidentified members of Congress “had groups coming through the Capitol” in “a reconnaissance for the next day.”

Sherrill pledged to see those lawmakers “are held accountable, and if necessary, ensure that they don’t serve in Congress.”

Conservative commentator and former baseball star Curt Schilling says that AIG canceled his insurance policy over his “social media profile,” a new level of deplatforming not yet seen.

“We will be just fine, but wanted to let Americans know that @AIGinsurance canceled our insurance due to my “Social Media profile,” tweeted Schilling.

“The agent told us it was a decision made by and with their PR department in conjunction with management,” he added.

While innumerable Trump supporters have lost their Twitter and Facebook accounts due to social media censorship and cancel culture, cases of individuals being cut off by banks and other financial services are now growing too.

The purge has gone beyond the realm of simply silencing people on major platforms for their opinions, but punishing them for expressing them by trying to make their lives unlivable.

Numerous respondents pointed out the obvious – that without insurance it’s impossible to mortgage a home or register a vehicle.

However, other leftists applauded the move and said that Schilling deserved it for his support of Trump.

“You’ve definitely earned it,” remarked one.

“I mean…. capitalism right? They calculated the risk and decided your premiums weren’t worth the long term exposure?” added another.

What happened to Schilling is yet another chilling example of how Chinese Communist social credit score system is being implemented in America.

Orwell was a fucking optimist

Wasn’t it shown that the pictures from the “reconnaissance tour” were from a visit they had in 2019? Talk about planning ahead. That guy shout play the mega millions because he is psychic!

In a series of videos from the inside of the Capitol prior to the veteran’s shooting, a man emerges from behind the police, walks between them, and goes to the front. He then begins agitating the crowd and breaking windows. The agitator leaves immediately after the shooting, again walking through the police line and behind onto a cleared stairwell,. There he pulls off his wig and gear and stuffs it into a backpack.

One woman in the crowd who saw these events begins shouting at the police and pointing to the man, and no action is taken. He leaves unimpeded down the steps.

Welcome to the Maoist gun confiscation world of the Uniparty.

Please include the link to the video.

There were antifa operatives among the MAGA crowd, leading the calls for storming the building, and even a whole busload of them were deployed at the scene. Some handed out weapons from a bag, some started trying to break windows, to patriot chants of “no antifa” and “antifa breaking the windows”. Democrat Rep. Mikie Sherrill (D-NJ) “has gone public with an extraordinary allegation against some of her colleagues that they conducted secret surveillance in a conspiracy with rioters at the Capitol. If true, those members could be criminally charged and expelled from the House.” She said unidentified members of Congress “had groups coming through the Capitol” in “a reconnaissance for the next day.” BRAVO for her; add her to the list of decent Democrats alongside Tulsi Gabbard. (Days later on the 13th, enraged BLM NPCs who think Biden isn’t far-left enough surrounded the Capitol and threatened police, but that’s of course not “domestic terrorism”.)

[THIS IS RIDICULOUS, THE FORUM IS BECOMING UNUSABLE… TOO MANY LINKS?? (SO WHAT??) – CAN ONLY POST A SINGLE PARAGRAPH, THIS IS BULLSHIT, NEEDS FIXING ASAP]

The protest was called several weeks prior, yet Capitol security was not increased despite an FBI report warning of a potential threat a day prior. Instead, there is video proof of not only a stand-down, but of Capitol security allowing them in and even encouraging them to storm the building by waving their hands in a “come in, let’s go” fashion. And once inside, there’s video of a police officer directing lethargic/reluctant mob leaders to Senate chambers. According to investigative reporter John Solomon, “inside sources leaked maps, internal documents helping to assist rioters enter and navigate the Capitol building”, and “the FBI, NYPD and USCP had prior knowledge of plans for violence at the US Capitol”. Even coup member Washington Compost reported that Pelosi and McConnell didn’t want Capitol Police Chief Steven Sund to increase security.

A as-of-yet unidentified DC cop then shot an unarmed Trump supporter, Ashli Babbitt. Video analysis suggests Antifa’s actions led directly to it (“as soon as the glass was broken”), and at least some of the violent exchanges. But even ignoring that, of course, we have heard not a single call from the information monopolists to hold police accountable, while they ignored BLM/antifa riots for months and blamed “police unaccountability” for them instead of the actual rioters causing massive property damage and dozens of deaths (not surprising given that the very same information monopolists are themselves the instigators and enablers of the riots, as well as the main tool enabling the brazen election theft). The Antifa activists are as usual quickly released without charges (as promised to them) while the Trump supporters remain under arrest… although at least 3 cops/guards were suspended/arrested.

Trump never said anything that could be construed as calling for violence, instead calling for protesters “to peacefully and patriotically make your voices heard.” Only a malicious player would suggest otherwise, but of course that’s what we have come to expect. After the riot/storming of the building, Twitter censored President Trump’s call for peace, while claiming the call for peace represented a “risk of violence”, then banned him permanently (an illegal act), while absurdly claiming his tweets represent a violence incitement threat (and somehow their incessant lies and censorship doesn’t). Compare the Capitol riot to antifa/BLM riots and to previous Trump rallies where not a single window was broken or cop attacked or attendee killed.

Meanwhile, ignoring all evidence/facts/truth as always, the Big Media and Big Tech mafia continue to desperately try to defend their information monopolies. Probably the most clueless of the lot are formerly-decent smaller Big Tech player Mozilla, who a few years ago openly declared that they ditched all notions of “meritocracy” in their SJW/discrimination-based organizational structure, even called for even MORE censorship of “bad actors” (their direct competitors), presumably believing the fake news coup plotters without having done any research whatsoever beyond the propaganda of the false narrative of the supermafia. The people at Mozilla are either extremely Machiavellian or so completely disconnected from reality (zombified/mind-controlled) that at the same time they send out emails pushing their VPN service, without a single mention of the word ‘censorship’.

Just before the 6th, Sidney Powell released a 270-page document that should’ve by itself rendered the Biden contested state electors invalid and the certification process as non-ceremonial. Inventor and data analyst Jovan Pulitzer released on Jan 12th a report showing the evidence of foreign interference in the 2020 election, basically showing Chinese control over the voting system. He says that the true results of the 2020 election can be determined by reviewing the actual paper ballots from the election, which are public property and are mandated to be held for 22 months after the federal election. This all, of course, while the pedocratic elite cover up every aspect of corruption and unfitness of CCP–compromised child-sniffer Dementia Joe.

Now they’re apparently planning a 2nd false flag operation for January 17th, an “armed march on Capitol Hill“, possibly along with another one at Twitter HQ.

They’ve now impeached Trump for the 2nd time, with 10 RINOs pretending to believe the legacy media’s false insurrection narrative. Articles of impeachment against Beijing Biden to be introduced on Jan 21st. How long will the Biden Crime Family last? Aside from the criminals in Big Government, Big Media and Big Tech (and the low-information clueless NPCs who still believe the liars), here’s one list of other corporations to boycott.

… and something has to be done. Their information monopoly cannot continue. If they continue trying to ignite a hot war, at least it’s no secret where the legacy media studios and Big Tech offices are, and one side knows that the real “enemy”/problem isn’t the average NPC/believer in the liars.

And based Rep. Louie Gohmert (R-TX) pointed out their insane hypocrisy with a single phrase:

https://rumb___le.com/embed/va59vz/?pub=4 [iframe embed not allowed? this bullshit is RANDOM AF… Oh apparently RUMBLE ITSELF IS CENSORED BY PEAKPROSPERITY!!!!]

As Google/TheyTube also moved to censor President Trump’s channel, Gab CEO Andrew Torba has restored all of President Trump’s tweets onto Gab (“while traffic was up 700% and under attack from leftists”) – AWESOME. Parler looking to return as well once they find a host that isn’t run by NPCs or cowards.

[THIS IS SICKENING, I’M GONNA HAVE TO SAY BYE TO THIS FORUM IF THE CENSORSHIP/MALFUNCTIONING-ANTISPAM PROBLEM IS NOT AT LEAST ATTEMPTED TO BE FIXED] 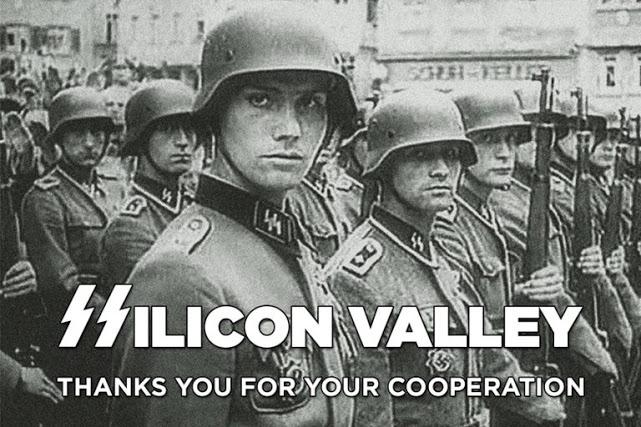