Who wants to help me understand American politics? I am Dutch and live in Belgium and I am a member of PP because the book Prosper really appealed to me and I wanted to know more about a resilient way of life. So when it comes to politics in the US, I am an impartial observer.
In Europe, Trump is portrayed by the media as a charlatan, as an idiot. Partly because of what I read here, I have come to understand better why so many people vote for him. I then try to explain to my conversation partners that you cannot say that half of all Americans are idiots and that they see Trump above all as a protector. However, when I read here about the FED, Fauci, unfair media, Big Pharma, fraud and deception, it is mainly blamed on the left and that Trump could offer protection against it. Now I know that the Democrats have a majority in the House of Representatives and that the president’s power is limited.
But then I am asked the question: “But all those things that you mention, they also happened in the past 4 years while Trump was president. How could they happen if Trump can protect against them?” I have no answer to that question. Who can help me? How do Americans view this?

I honestly don’t put the blame on “the left.”  The blame is bipartisan.  Both sides of the aisle are owned by Pharma, by Tobacco (in the past), by Oil, by Defense, by Finance, and most likely, by Tech, through campaign contributions while in office, and afterwards, by “board of directors” slots that pay big bucks, “speaking engagements” (HRC would routinely get $400k from the banksters for a 30 minute talk, never mind the “Foundation” that got tens of millions of dollars from nations around the world), and “book deals” (Obama – for whom I voted – got $65 million for his “book”).

One sample proposed law – “Cheap Drugs from Canada” – sponsored by Sen. Bernie Sanders, was voted down by all Republicans, and 10 Democrats.  All of whom, no doubt, got campaign contributions from Pharma – which had no interest in cheap drugs entering the US from anywhere.  Pharma always wins.  We’ve seen that during the pandemic in spades.  Even if hundreds of thousands of Americans need to die, Pharma must prevail.

Bush and his war in Iraq was another case in point – a Republican disaster.  Which was then continued by Obama, who proceeded to destroy another three Arab countries for no reason that I could see.

The problem is bipartisan.

Then comes Trump, who doesn’t need “book deals” when he leaves office to get rich.  He is (probably) a narcissist, but he’s in this to win his own game.  He’s already rich.  He won that game already.  This is his next big thing.  He can’t be controlled by “book deals.”

This kind of person is a huge threat to the “book deal” axis-of-control artists in Washington.  This strategy has worked perfectly on all the rest of the politicians (Jimmy Carter the sole exception) but it won’t work on Trump.

Decoupling from China to bring back manufacturing jobs into the US, reducing immigration (to boost US worker’s wages – what used to be a time-honored Democratic thing), an “MFN” for drugs (roughly similar to Bernie’s legislation), and a vow to engage in no more wars of choice – unlike Clinton I, Bush I and Bush II, and Obama.  And maybe to bring our troops home too.  And peace in the middle east for good measure.

These plans are a) popular with normal Americans, and b) a massive threat to the power structure in Washington. In 2016, Trump absolutely crushed the Republican “tools” he faced because his message resonated so strongly with normal America.  In fact, his message does cut across party lines.  Anti-war, jobs for Americans, and immigration restrictions are ALL formerly Democratic party (some pro-union) positions from the 70s and 80s.

Trump can’t be controlled with book deals.  So he must be stopped by any means necessary.  “The left” is the current tool to do so – they can’t talk policy, so they make it about “racism.”  If Trump were liberal, then “the right” would be the tool employed by the power structure, and they’d make it about him being a communist or something.

This is all about money in politics, controlling those who are supposedly in power, for the benefit of the cartels.  It has nothing to do with ostensible left or right.

My opinion of course.

Thank you for this clear explenation! It makes sence. 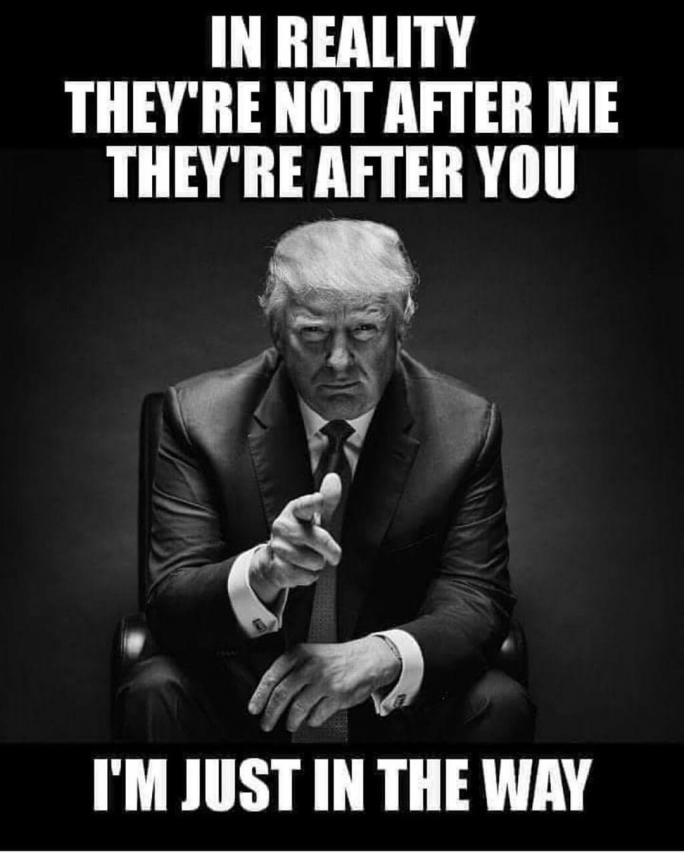 Hans….You said….“But all those things that you mention, they also happened in the past 4 years while Trump was president. How could they happen if Trump can protect against them?” I have no answer to that question. Who can help me? How do Americans view this?

I think the unique circumstance in the Trump presidency for the last four years is that there has been an organized “soft coup” from day one when he took office. The hard evidence is finally being revealed. (Brennan Notes). Trump has been fighting for his life …his political existence….against HRC and all her minions which includes 96% of the media. No president, in my understanding, has ever been attacked by such a unified force, including people from both sides of the aisle. And yet he has accomplished a great deal. He is the guy standing at the podium giving a speech, while knowing that an assassin has him in their sights. If you can’t acknowledge any other good qualities about Trump….you have to admit that he is courageous.

To all: first of all, thank you for your comments; they are very interesting.

Second; I have nothing for or against Trump. I just want to understand.

What I understand from your remarks is that Trump is in fact on his own.

The best advice I can give you is to watch the lecture “The Quigley Formula” by G. Edward Griffin. It truly blew me away several ago:

“An excellent lecture by G. Edward Griffin entitled “The Quigley Formula: A conspiratorial view of history as taught by the conspirators themselves”

“Quigley” is the late professor Carroll Quigley, a Council on Foreign Relations member and historian, as well as mentor to CFR & Trilateral Commission member Bill Clinton. The lecture is based around the following quote from his book Tragedy & Hope, pp. 1247-1248: “The National parties and their presidential candidates, with the Eastern Establishment assiduously fostering the process behind the scenes, moved closer together and nearly met in the center with almost identical candidates and platforms, although the process was concealed as much as possible, by the revival of obsolescent or meaningless war cries and slogans (often going back to the Civil War)….The argument that the two parties should represent opposed ideals and policies, one, perhaps, of the Right and the other of the Left, is a foolish idea acceptable only to the doctrinaire and academic thinkers. Instead, the two parties should be almost identical, so that the American people can “throw the rascals out” at any election without leading to any profound or extreme shifts in policy. … Either party in office becomes in time corrupt, tired, unenterprising, and vigorless. Then it should be possible to replace it, every four years if necessary, by the other party, which will be none of these things but will still pursue, with new vigor, approximately the same basic policies.”

1) Focus on the lecture and ignore the audience.

2) After you’ve seen this lecture, you will want to go to a guide or a source that is cognizant of this crucial piece information. I recommend ‘The Corbett Report’.

In response to the linked burning platform piece in your post, I find myself wondering just how much legislation Trump has promoted or signed into law that is favorable to some business interests.  There must be at least some.  For example, tariffs that favor American producers who were unable or unwilling to move production offshore, tax reform favorable to real estate interests or military spending.  It would be an interesting research project to compare this to the rate that recent presidents have promoted or signed such legislation.

OPCW Syria whistleblower and ex-OPCW chief attacked by US, UK, France at UN

I’m 100% sure he’s given stuff away to special interests.  That’s the essence of how things get done in Washington.  Those “tax cuts” were almost certainly full of stuff like that.  Nothing gets done anywhere without giving stuff away to the key supporters.  The Donor Class has to be bribed to get stuff done.  Otherwise the House and Senate don’t pass anything.

But on the big issues – not destroying any new Arab countries, trying to bring the troops back home, reducing immigration to reduce wage pressures on US workers, bringing manufacturing jobs back from China – he’s been pretty consistent about those things.

And he did have this Obama-land plot against him since day #1.  The details of which continue to unfold.  Fascinating stuff.  Using the FBI to surveil an opponent’s campaign would seem to be…untoward behavior that everyone should care about.

Nixon got into trouble over a single wiretap.  Obama’s FBI used the fraudulent FISA warrant (renewed 3 times) together with the two-hop-rule to hoover up literally everything from everyone inside the Trump campaign using the NSA data feeds.  Not saying Nixon was right – he was wrong – but Obama’s FBI was 5000 times more wrong than Nixon.

We really have to put an end that surveillance.  It will destroy the Republic.  If it hasn’t already.