Greetings from the Wuhan of the USA – Sacramento, CA

Just want to start out by saying how thankful I am to have found this online community. It has a wealth of prudent information, which I have been using over the last month to prepare myself. It could not have come at a better time.

I’m 30 years old and work in an office setting in downtown Sacramento a stones throw from the capital. I also operate a small business which imports private label products manufactured in Taiwan.

I generally reorder my products after the new year but was shocked when I received an email from my manufacturer alerting me to the virus. They stated they were checking temps twice a day and had a quarantine section on site. This was their attempt at quelling fears. I began following it closely, which led me to this site in January. I’ve attached the email if you’re interested in reading it. Needless to say that is permanently on hold.

Business as usual for the most part. I believe the virus has been active in the area for at least a couple weeks given the one person at UC Davis Med Center was infected from an unknown source. A nurse friend of mine is under home quarantine having been been possible exposed to them. She is angry to say the least as they were pushing for testing earlier than the four days it took.

There are a number of people sick at my office right now. It’s a bad cold and flu season plus the unseasonably warm weather has started the allergy season early. A real cluster f*** for figuring out who may actually have the Coronavirus. I asked my HR contact if there was any plan for the virus and received no response at all.

One disconcerting thing that just happened a few days ago was an email from a coworker saying an employees wife in a state agency nearby was diagnosed with the Coronavirus. This unconfirmed and not the same person at UC Davis. It is a strong possibility there are more infections in the area that haven’t hit the news.

I have pretty much accepted that I will have this at some point in the near future. I have prepped for about 2+ months for my fiancee and I to ride it past any panic hopefully. I had a full bug out plan to bug out to my parents ranch in Nevada but my father has a compromised immune system from cancer treatment. Since I may have been already exposed to the virus, plans have changed.

This site has really helped out. I did not expect to have the first community transmission in my town but such is life.

I’ll update this thread if I hear any news through the grapevine here. 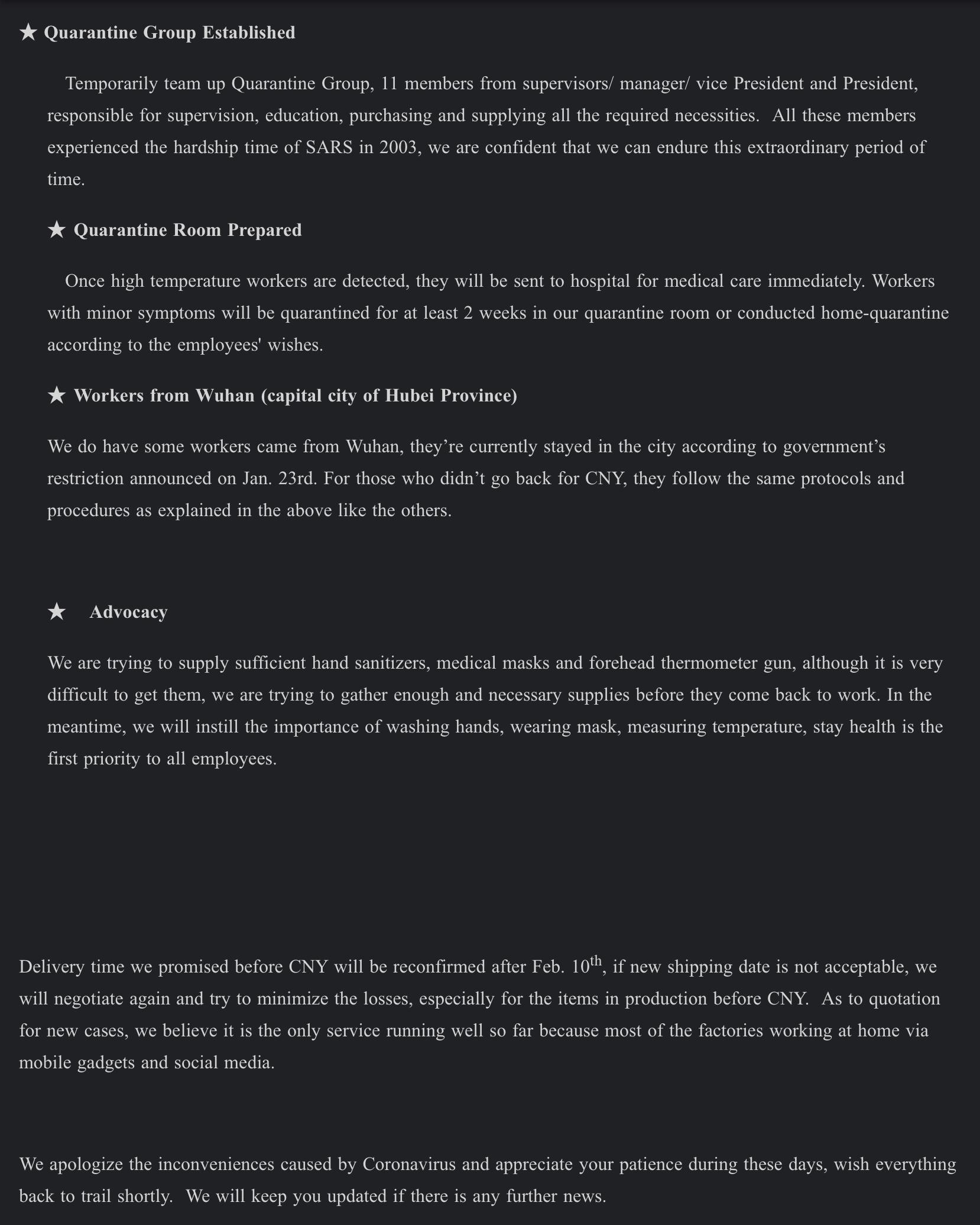 Thank you for sharing and hoping you and your friend stay well.  Cali is a predictably high risk spot since, along with Hawaii, as it is a favorite stopover for airlines. Stay well and I hope you keep up your posting.  Your friend has every right to be upset-she stayed at her station to help in a potentially dangerous situation and was left vulnerable.  The lack of regard for front line workers is  upsetting.

You must feel encircled…what a weight to carry. Yes, please keep posting here and tell us how you are doing and what is happening.