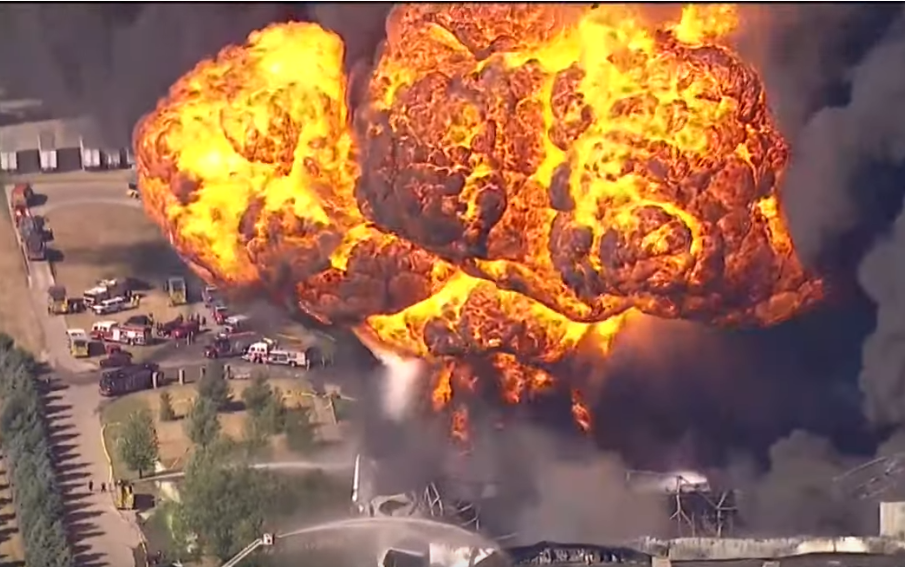 Rumor has it this is the largest lubricant factory in the US. At least it was yesterday.

Just one more shortage to slow down the world of happy motoring.

There is always a silver lining…and as a 40 year exp RN…I immediately saw your title  and went ” OH NOOOOOO ”  I need sterile lubricant for pts and also for my own daily medical procedures.   Then I saw the comment about “slow down the world of happy motoring” ..and realize it probably won’t be affecting water based procedural lube. LOL

As the already hurting manufacturing sector grinds to a halt. Good thing the personal lubricant supply is not affected because we are all about to be seriously screwed.

Talking to my father today, turns out he was the facilities maintenance manager for Chemtool before it was sold to Lubrisol about 20 years ago.  He held that position for about 8 months before leaving due to it being a complete clusterfuck. I had forgotten about his time working there until today.

Just the 20 minutes of stories he told me this evening made my head spin, although I’m not surprised.  Big companies have been skirting regulations and safety measures as long as they’ve existed. I’ve witnessed it multiple times over the last decade in my previous career.

But watching the complete ineptitude and lack of proper equipment to battle such a blaze by the emergency responders in Rockton, IL over the last two days reminded me how much grifting goes on in municipalities and regulatory agencies.

Tie that into the stories my dad just told me of how quickly and greedily they put that facility up and it’s just plain apparent that corruption, greed and different rules for the big boys will be this society’s undoing.