In an economy obsessed with measuring money, economists focus on pay and benefits, as if those metrics are all that matters. What about being valued, having some say about one’s work, being respected for one’s efforts and earning dignity, not just rapidly depreciating dollars? None of those realities ever enter mainstream economics, but that doesn’t mean they don’t exist.

It’s not just low pay that makes work wretched, it’s being treated as an object owned by the employer.

Take This System and Shove It

We live in a very materialistic culture and these ideas that you speak of are spiritual in nature. Not metaphysical or magical, they are about he quality of being. Being loved, having a game you want to play and are playing by your own choosing. The measurement of wealth by what you own, buy what you can pocket, how many shiny rocks you have is materialism at is most basic.

Human rights, dignity, pride of work, exchange, a strong sense of your own value and ability to contribute, being able to assist another to help another. These are about being and are spiritual.

An irony that I have observed firsthand, is that the lower the pay, the worse someone is treated. I have over the years had many various jobs, of course as a teenager working at Wendy’s for minimum wage, $3.10 an hour, up to what I do now as a Sr Cyber Security Engineer. (Won’t say what I make, but it’s well into the six figures.) When I was the IT manager of a call center, they were being paid $12 an hour, in 2011, after they graduated from the on-site school. Being a call center had something to do with it, but they were stuck with two 10 minute breaks and a half-hour lunch in an eight-hour day. I on the other hand did what I wanted when I wanted. Now, I have very little supervision, and if I goof off for half an hour, (like now) that can be equivalent to half a day’s pay for my niece who works at Starbucks, who couldn’t get away with that at all. On the other hand, I had an 11 hour day just recently and I don’t get any more money per day, which is fine by me.

Thanks for the link, @Mike from Jersey; CH Smith keeps cranking it out.

A couple of other paragraphs in his piece worth highlighting:

Labor’s quiet rebellion is feeding a self-reinforcing feedback loop of collapse: Corporate America, so accustomed to treating its workforce like donkeys–just load on more work–has responded to labor shortages by increasing the workload of those still on the job, burning out the remaining employees in the process.

This Darwinian feedback–those willing to stay on the job are soon crushed by overwork and screaming customers– increases the pressure on managers to cut services and load more work on whomever is left as the sole means of meeting management’s relentless demands for more sales and profits as the means to do so fall off a cliff.

And to this profit-driven destruction cited by CHS, we can add the destruction from vaccine mandates, as demonstrated by the jab-or-job attacks on active military and the expected closure of 20 FDNY fire companies as firemen are (umm) fired for refusing the jabs. These losses of fire protection will compound the losses to the police department, with up to about 6000 NYC cops with their jobs on the line.

As of Wednesday, the NYPD was still developing contingency plans, sources said, with one saying that cops and detectives would have to be shifted around and assigned to radio cars “just to answer 911 calls.”

“A possible scenario for Sunday night is [unvaccinated] cops at the Halloween detail will turn into pumpkins at midnight and have to walk away from their assignments,” another source said.

But the FDNY has ordered all its members to work “straight tours” as scheduled beginning at 9 a.m. Saturday, meaning firefighters can no longer exchange shifts among themselves, and they will also be scheduled to work overtime to guarantee staffing, sources said.

“They’re forcing us to work overtime,” one firefighter said.

“That means we’ll lose another 10 percent who get injured or sick from 80-hour work weeks.”

A big tell in the Post article is the quote by the Fire Commissioner:

“The Department must manage the unfortunate fact that a portion of our workforce has refused to comply with a vaccine mandate for all city employees,” Fire Commissioner Daniel Nigro said in a statement later Wednesday. (italics mine)

Why “unfortunate”? Why does the commissioner say that it is unfortunate that many firemen (and police) have refused to comply with the mandate? Why does he not say that it is unfortunate that the dictatorial mayor (and state governors, and POTUS) are mandating experimental vaccines that are risky, leaky, and unable to prevent both spreading and contracting the disease? Why is it not unfortunate that men and women are forced to lose their jobs–often dangerous, socially-valuable ones that they love–to comply with the illogical, illegal, and immoral dictates of tyrants? 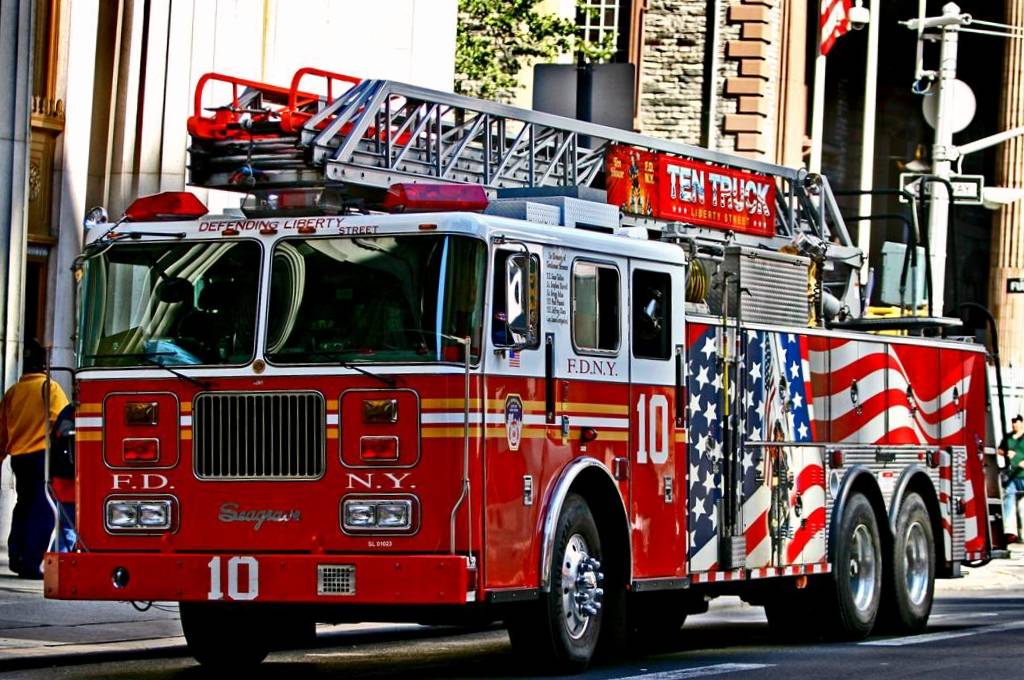 The aftermath of the purge?  (1) Many dead people, shot, burned, or overwhelmed by smoke; (2) continued demonizing of the obtuse “resisters” — “See what you did! Blood on your hands!” (e.g., Rep. Omar recently blaming the defunded and thinned-out police for the crime spike in Minneapolis); and then (3) repopulating the ranks with unquestioning, ideologically orthodox recruits who will make their rookie mistakes on the bent backs of their public–while also deciding perhaps that some citizens are more equal than others.

If the new Establishment paradigm is indeed the WEF globalist one of tearing down long-standing institutions and “building back better,” then the military, firemen, and police appear to be a strategic places to hit. The media and Academe were converted long ago. The long march through the institutions continues.