Forbidden words and symbols in “The Land of the Free”

I'm in the process of unf***ing the number that was done on me. Not sure of the source.

Consider reading up on this. Just as something to be aware of. It's a lot less effective if you are expecting it. I wasn't.

It targets parts of your belief system.

Again, not sure of the source, and not exactly sure why I was "picked on".

Time2 Help: Occam’s Razor: think who you already know, that knows you do Peak Prosperity, that would do such a thing:
Someone who is local to you, and wants to drive you wild, is more likely to be doing this than someone far away.

I am reminded about a week-long run of Calvin and Hobbes “secret detractor”.

…Of course, censorship may not come in the form of burning books at all, since political correctness has already taken its toll on public discourse in America. Between the privilege checking and the trigger warnings, we’re raising an entire generation of adults who can’t handle any idea that challenges their world view.

So America’s future won’t be teaming with book pyres for as far as the eye can see. Instead, books that are worth burning won’t be written in the first place, because nobody will even know what it means to be controversial.

Montag lives, eh?  That is a shame, and sadly, I'm afraid we will see more of that in our future.

coincidentally, I'm about halfway through Steinbeck's The Grapes of Wrath.  I'm trying to catch the "classics" that I either missed when I was younger or don't remember. It's in the top 10 of every list of best American novels I could find and I thought it would make a nice complement to the other drought-related novel I just finished, The Water Knife.  Despite TGoW being an acknowledged masterpiece, I'm pretty certain it will be on the pile when then PC police here start their literary bonfires.

…Of course, censorship may not come in the form of burning books at all, since political correctness has already taken its toll on public discourse in America. Between the privilege checking and the trigger warnings, we’re raising an entire generation of adults who can’t handle any idea that challenges their world view.

So America’s future won’t be teaming with book pyres for as far as the eye can see. Instead, books that are worth burning won’t be written in the first place, because nobody will even know what it means to be controversial.

I found a book that was quietly removed from the library shelves. It depicted Afrikaaners as the victims of British imperialism and true heroes.

This was not PC when the rest of the world was trying to paint them as evil monsters.

This sort of quite filtering goes on all the time by Intellectual Cowards. They are cowards because they censor in the dark and in secret. What do you possess if you do not possess your own mind? And in any event who conferred upon them the right to tell Me my what my world view must be?

Am I to be so tame so maak, as the Afrikaaners say, that I must take this weapon and go and kill that neighbour over there just because some stuffed shirt says so?

Oh yes. We British colonials did that to our neighbours the Afrikaaners.  I wear this shame to this day. I cannot go fishing with an Afrikaaner friend because we both know what happened.

We could not beat their menfolk, so we killed off their women and children in concentration camps. This is what happens when you have blind obedience to Group Think. 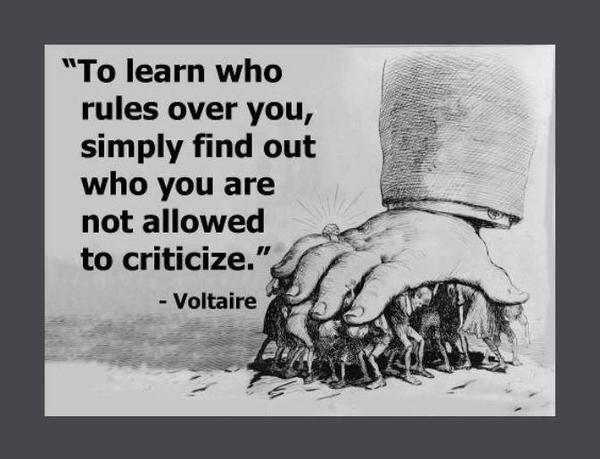 If its any comfort I recall reading a book very much like what you describe on the Boer War; not a period I've studied seriously, but the particular treatment I read definitely aligns with your thumbnail description: "we couldn't beat their men, so we took their women and children and treated them terribly."

It didn't seem like it was the British Empire's finest hour.

There is no requirement for you to bear the sins of your grandfathers, however.  How could I possibly be friends with anyone from Japan if I constantly had to think about whose grandfather bombed who, who got tortured in what prison camp, or lit on fire with napalm, or whose house got burned in what firebombing raid, or finally blown to bits in an atomic explosion?

Perhaps that's why humans have finite lifespans – so there can be forgiveness.  It is often too challenging to accomplish in the current generation, but if a few generations pass, it has the potential to make things much easier.

I see no merit in forgetting how we find ourselves into these moral compromises Dave.

Here is the take away.

If everyone is putting their heads in the fire, are you going to put your head in the fire too?

I cannot make it any clearer than that.

(Bearing in mind that it is Impossible to say something in a way that cannot be misunderstood.)

Not the US, but still!

A crucially important piece of legislation, Bill 59, is currently being considered by the provincial Assembly in Quebec. It isn’t getting much attention outside of Canada, but if it passes, it will effectively empower the Quebec Human Rights Commission to implement UN Resolution 16/18 in the province. At that point Quebec will fall into line with a number of Western European countries, who have already passed laws that enforce sharia rules against Islamic blasphemy.

For the past couple of days, a Quebec law professor and former director of a George Soros funded ‘progressive-leftist’ group called Open Society Foundations, has been arguing in the Quebec legislature that criticism of islam should not just be illegal but punishable by massive fines for a first offense and life-destroying ones for a second.

Strong stuff for a national newspaper. But potentially an understatement.

As this site has argued since its inception, the most problematic aspect of any lever of power like Bill 59 is the fact that it will be selectively enforced. In this case it would be a safe wager that it will be enforced using the guidelines of UN Resolution 16/18 making it a criminal act to criticize Islam, but not stopping Islam from calling for the genocide of non-believers under their right to religious freedom.

Bill 59 assigns new powers to the Quebec Human Rights Commission (QHRC) to combat hate speech, as well as a variety of other provisions meant to protect against extremism, by censoring speech that promotes “fear of the other.” Ominously, the bill would allow the QHRC to pursue websites that in its estimation describe and denounce Islamism.

The bill takes its inspiration from recommendations made public by the QHRC in November 2014. Jacques Frémont, the commission’s president, explained that he planned to use the requested powers to sue those critical of certain ideas, “people who would write against … the Islamic religion … on a website or on a Facebook page.”

Strong stuff for a national newspaper. But potentially an understatement. 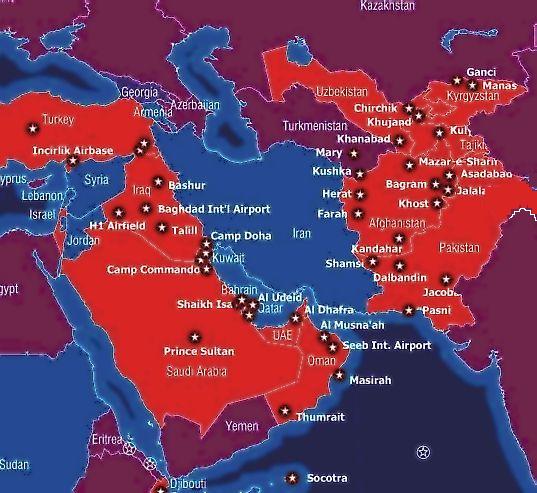 The Gates of Vienna – the name of the website sourced –  is a laughable meme.  To suggest that somehow Europe is besieged by invading Muslims conveniently ignores the fact that the United States has dozens of military bases in the Muslim world (see image on right).  How many military bases does Iraq, Saudi Arabia, or Pakistan have in the West?

The National Post is a right-wing newspaper started by warmonger and convicted felon Conrad Black.  The paper has consistently spread fear about Islam, which has lent power to those in Canada who seek to support US/Western military intervention – such as the Iraq War – in the Middle East. Sites like the Gates of Vienna just spread fear, making it easier for politicians to lead us to war in the Middle East.

Quebec's Bill 59, which I oppose as a violation of free speech and generally a bad idea, does not target anti-Muslim comments specifically.  It seeks to control what it calls hate speech against any group. Here's a more balanced article on the law and its problems, from the Montreal Gazette.

A stupid law? Yes.  One of the larger threats we face as a civilization?  Hardly.

Muslims are not on the cusp of taking over the West.  They're just not, and anyone who has taken the time to look at the last century of history in the Middle East knows that, in contrast, the West has colonized, occupied, and intervened in Iran, Iraq, Egypt, Israel/Palestine, Syria, Sudan, and beyond repeatedly.  I don't seek to encourage guilt about this history, but rather to put the unjustified claim that Muslims are taking over our culture and institutions into context.

Spreading this type of paranoia helps right-wing parties get the votes of the fearful and also makes it easier to justify going to war in the Islamic world, which, very conveniently, has a whole bunch of oil. Focus on an internal enemy (the other) has been a ploy of oppressive states to justify granting themselves more power throughout history. For the French Revolutionaries, it was the monarchists, for the Nazis it was the Jews, for Stalin it was the middle class farmers. For us, it's the Muslims. Don't give power to the state by spreading fear.

Left-right false dichotomies are still just distractions from the deep and complex Three E-related problems and predicaments that we all share, no matter our color or religion.  Break out of the matrix.