1. We need a lot more information.

2. This is highly suspicious.

That police scanner video, as the author said, was cleaned up so it could be presented in an understandable way in a relatively short format. If you've never listened to police radio traffic during a large critical incident like this, it would be impossible for me to convey to you how chaotic it is and how many things are said turn out not to have been accurate (eg. number of suspects, where the suspects are, where the suspects went, etc.).  Keep that in mind when listening.  There are always erroneous reports, even from police on the scene.  Chaos, emotion and adrenaline (not to mention echoes, poor lighting, mistaken identities, human fallibility, etc.) cause those dynamics.  Sorting through it all afterwards is a huge task and there are always loose ends that never get tracked down.

Regarding the issue of multiple shooters in various places in Mandalay Bay (besides where the one dead shooter was) have to include evidence that other windows were broken/shot through, or could be opened and fired out of without breaking the glass.  I don't think the windows in the building could be opened without being disassembled and removed.

The surprising thing to me is that it all seems so ineptly laid out.  Either the people who planned this did a very amateurish job, or they have a blazing contempt for the intelligence level of the general population.

If the ramshackle nature of this event is deliberate, what is that supposed to accomplish?  Further erosion of respect for TPTB and the MSM?  If more and more of the population openly disbelieves/jeers at the manufactured narrative, what's the upside for TPTB?

Or, are there competing factions amongst TPTB?  Could this be an example of such a conflict?  Somebody resorted to less-than-smooth operators because they don't have official access to top-level craft practitioners?

I'm not the world's most paranoid guy, but I'm no ostrich either.  This story has so many angles that don't add up.  I'm wondering if we're not seeing conflict between elite factions breaking out (with a clumsily-arranged patsy and a mass murder intended to advance somebody's agenda).

(NB:  I don't see the gun control people getting too much traction here.  Just wait for a whole phalanx of family and friends of victims to step forward and demand this event not be used as a pretext to weaken or destroy the 2nd Amendment.  I'm fully expecting such in the next 48 hours or so.)

What a world.  VIVA — Sager

[quote]As predicted by, well, anyone with any knowledge of gun politics and the Congressional sausage making process, House Speaker Paul Ryan announced that he’s pulled the SHARE Act — a measure that would have greatly de-regulated suppressors — off the table.

House Speaker Paul Ryan on Tuesday said Republicans have no scheduled plan to vote on a bill that would ease rules on gun silencers, in the wake of the deadliest shooting in modern U.S. history.

Reports had suggested the House could vote on the National Rifle Association-backed legislation, known as the SHARE Act, soon.

“That bill is not scheduled now,” Ryan told reporters. “I don’t know when it’s going to be scheduled.”[/quote]

[quote]…the Hearing Protection Act was scheduled come before a House committee on June 15. However, on the 14th, James Hodgkinson opened fire on a group of GOP legislators practicing for the annual Congressional baseball game. The HPA was then shelved….[/quote]

Your speculation is that gun control advocates would commit mass murder to delay legislation that has little chance of passing anyway?  Isn't that a bit far-fetched?

It's a constant, blinking light….

The reason it looks like the flashing light stops in a previous video posted is because the camera is refocusing.

Here is the strobe light mentioned in an interview…

that Need to be Addressed

There is a fine line to walk, however, between questioning everything and automatically assuming everything is a government conspiracy or false flag. …

Every time an event happens it is important to keep an open mind, look for inconsistencies, try to find contradictions or impossibilities made to look possible, and always avoid jumping to conclusions.

1. Stephen Paddock did not fit the bill for a mass murderer.

This is perhaps the most glaring of all the inconsistencies as most of the recent psychopath mass murderers in recent history made moves prior to killing that were consistent with being a psychopathic killer. Paddock did not. Most odd was the fact that Paddock was rich. He was an accountant, lived in a half million dollar home in a retirement community and had no criminal record.

Paddock’s brother, Eric Paddock was equally stunned to hear about what his brother had done as he had just talked to him. “We’re still just completely befuddled. Dumbstruck,” he said.   He described his brother as having “no history of violence. No history of anything couldn’t give a s*** less about politics, religion, pointy hatted people etc, etc. He just wanted to get a freaking royal flush.”

Eric said he had last talked to his brother when he called down to Florida to see how his mother was making out after losing power from hurricane Irma. How many mass murderers call to check on their mother before going on to slaughter dozens of innocent people?

2. Paddock was still playing with his girlfriend’s casino card trying to rack up points the night of the shooting.

Eric Paddock said how his brother “loved to gamble. He loved — when I say loved — it was a job. It was fun because people were nice to him.”   Paddock was a regular in Vegas. He’d even been captured on surveillance footage in the Cosmopolitan Casino in 2011 in which he was seen falling. He later tried to sue the hotel for getting hurt and even then everyone remained cordial and nice to him.

Prior to the shooting, Paddock had been at the Mandalay Bay casino for four days and had not done anything out of the ordinary to garner the attention of hotel security.   He had simply been gambling. While it is possible that he was simply blending in to maintain his cover and wait for the moment to strike, the fact that he used his girlfriend’s slot machine card seems completely out of the ordinary.

For those that don’t know, slot cards or gambling cards are ways casinos track loyal customers. When you rack up enough points, they will comp a room or a meal for you. Paddock was playing with this card—essentially planning for future comps—on the very night he opened fire on a crowd of 22,000 people.

Blending in is one thing, but racking up points to plan for future benefits on the night you are going to commit mass murder seems glaringly inconsistent.

3. Surveillance footage of Paddock inside the hotel has yet to be released.

In most mass shootings, within 24-hours, we usually see at least a still image of the perpetrator as captured by the building’s surveillance cameras. In Paddock’s case, as of the time this article was published, none of this footage has been released.

Why not release at least a single shot of Paddock walking into the hotel lobby?

4. Neither room service, house cleaning, surveillance footage, nor security saw him bring hundreds of pounds of guns and ammo into the room.

Original reports noted that Paddock had somewhere around ten firearms in his hotel room after it was breached by SWAT. However, reports as of Tuesday morning now say authorities recovered a whopping 23 weapons.

Police noted that only one of these weapons was a handgun, meaning that 22 of them were long-form rifles or shotguns.

Just to put the sheer logistics of bringing in these guns into perspective, here is an image of 23 rifles. [Though NOT the guns Paddock had, just a collection of 23 guns.]

This image shows just the guns, not the hundreds of rounds of ammo to fill them. [I would estimate more like 2,000+ rounds of ammo based on the number of people hit.]

He had brought “in excess of 10” suitcases to the suite over several days, Sheriff Joe Lombardo said. Yet no one thought this to be suspicious?  Housekeepers said they “saw no signs of anything” suspicious, Nevada Rep. Dina Titus told CNN.

Paddock had a “pretty well hidden” arsenal, she said.  Authorities believe Paddock brought the weapons into the hotel by himself but did not provide specifics.

5. If Paddock acted alone, who was this mystery woman who warned everyone they were going to die 45 minutes before the shooting?

Caught on video after the shooting was an eyewitness report given to a local NBC affiliate in which a woman was described to have warned of the attack. The eyewitness claims to have seen a woman push her way to the first row of the concert roughly 45 minutes before the shooting began and levy threats indicating that everyone would soon be dead.

“So there was a lady who pushed her way forward into the first row and she started messing with another lady. She told us we were all going to die tonight – it was about forty-five minutes before the shots were fired,” the witness states.

Around 1:20 the CNN footage of interest starts.

What is the typical frame capture rate of a modern cell phone camera?

SP, suppose the guy had debts to the level that he was going to get killed, and he blamed the whole Vegas culture. So he sends his GF away, and gambles, hoping to win enough to pay off his debts.
He fails, and the girl he has on his arm hears him say “they’re all going to die”. She tries to attract attention and help, but meanwhile he slips away and loses her, heading up to his room. So then she puts two and two together, and tries to call the whole concert off with a warning…

Do I think that happened?

Maybe it was a maid who HAD had suspicions, and satisfied herself that something untoward was happening. But she’s an illegal alien, and disappeared before she could be arrested…

There’s millions of possibilities. I don’t think I have the answer.

And COULD it be conspiracy? Certainly. But I don’t presume it. I guess someone should.

Aloha! It is predictable that Congress and mostly liberals go into a frenzy of "gun control" debate and grandstanding. They at least waited until the shooter was dead!

My position is how can we have serious "gun control" debates when we are the world's largest arms dealer? 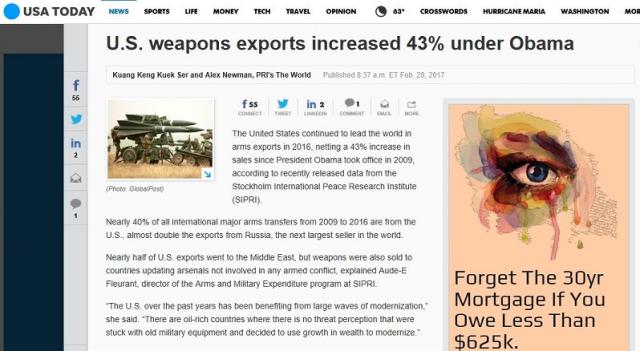 Why kill 59 when we can kill millions? 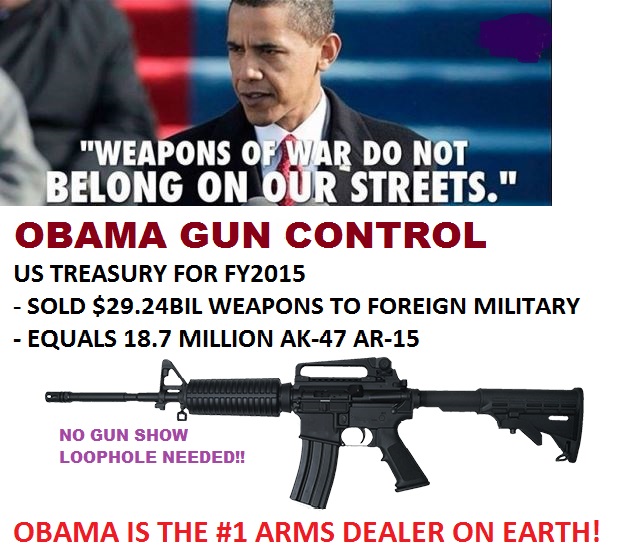 The hypocrisy is clearly noteworthy! When politicians quit exporting gun violence to other nations then maybe they can lecture us about our morals!

Lest we forget the victims of government overreach here and the world.

I have friends in Las Vegas but none were injured. One was at the concert but did not get shot but he saw numerous bodies on the ground. VEGAS STRONG!