The planets successfully aligned this weekend to bring Mike "Mish" Shedlock, Steve Keen, Chis and myself together around the same pizza table in Chicago.

Here's a shot from the evening: 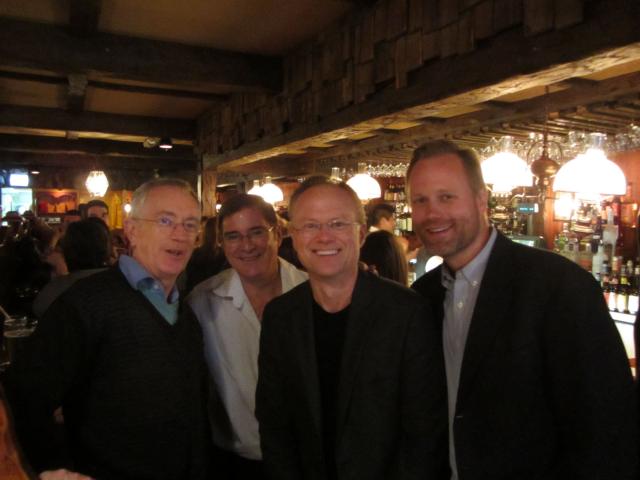 So, what was the outcome of the epic inflation/deflation match-up? Given that Mish and Steve somehow escaped pitching in for the bill, I'd have to say deflation won this round. Invest accordingly…

In seriousness, though, this was a great night. Every bit as enjoyable to witness as you would expect it to be (neither Chris, nor Mish, nor Steve had ever met each other in person before). We tried to record the conversation, but the restaurant was just too loud. All agree there will be a next time, so we'll make sure to pick a quieter location.

But I still have no idea what Steve Keen is really trying to teach us.  What are his actionable teachings?  Anybody?

I subscribe to SK’s website. Operation Twist does not print money. It has the effect of flattening the yield on bonds. I guess it makes the holding of long bonds less appealing. What that achieves, I don’t know.

Be advised. I am not strong on economics. My interests lie more in the Pizza.

Sure..operation twist is (CB) balance sheet neutral… whereas QE3 is back to good old printing of money.  If I recall correctly… SB once set up some kind of complex flow model that was managing to prove that somehow debt-based fiat money can operate in some kind of homeostasis that does not need to grow exponentially.  I am not sure in what kind of non-crony, non-CB controlled universe this applies, but it didn’t help me much.  He is an Aussie though… so you gotta like that

In his first lecture SK said that he is not allowed, by Law, to give financial advice. I guess this means that the Powers that Be do not want the Great Unwashed to have access to the finest minds. The message here is tightly controlled. My policy is to wrest back control of what is left of my mind.

Patriotism is for idiots. I am Patriotic to civilization, not to some putative “Great Leader.”  The game is a lot more ferocious that I had imagined. And a lot more interesting than the “Footie.” 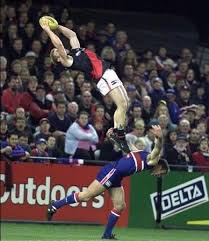 Here’s a shot from the evening:

That looks like Chicago Pizza and Oven Grinder.  One of my favs.

Do I get anything other than bragging rights if I am correct?

ps.  Just and FYI.  That is not really considered Chicago pizza but it is still great stuff.  Hope you also did try the Mediterranean bread which is also outstanding.

Judging by the detail in many of your posts Jim, you are a really educated investor. I am not. But for what it’s worth, I’ll give you my simple take on SK. I have been following his blog for years (although since it turned subscription only I opted out – more and more commentators these days need money to keep their blogs running and I can’t subsribe to them all).

He was the first person I came across who could explain the role of debt in growth. The simple formula Aggregate Demand = Incomce + change in Debt gave me a bit of clarity. The simple personal strategy I took from him was to get out of debt. That’s it. And I have.

As Arthur says below, you wont find SK recommending any stocks, bonds, real estate, pm’s or derivatives. Maybe he is not allowed to. But I suspect (speculating here) he may just not be interested in promoting the pursuit of income that is not derived from work. Income derived from other peoples debt is in large part what caused the mess we are in.

His actionable teaching is at the personal level – get out of debt. At the highest level he has proposed some pretty radical ideas like the debt jubilee. But one way or another his “actionable teachings” seem to me to be about debt elimination.

This probably isnt helpful Jim, but you asked “anybody”. I always enjoy your posts by the way.

FYI.. you said that out loud Rector.

Bowskill, Thank you for the comment, and the kind words.  I have been on a decade + journey to educate myself as an investor, spurned on by my employer’s decision to cut me out of a traditional pension 12 years ago, putting me on the lump sum/401K plan.  Please don’t tell my boss, but I am much more passionate about economics and monetary policy these days than I am about my technology job.

I had to read it twice before I started to grasp the points being made… that the FED reflation is being targeted at the place where the real deleveraging is happening; the shadow banking arena.. and that by reflating the system (total debt) on the traditional banking arena side… for the same nominal total debt, they are creating a situation with dramatically more inflationary tinder (since this new debt can be lent, and relent, via the traditional banking fractional reserve route eventually).  Anyway, another lens through which to view the coming catastrophe and the FED’s motivations.

Certainly SK was one of the early predictors of the global financial crisis… and it is debt that got us there.  Oddly enough though, if there is inflation ahead, and money is cheap.. then I am not sure getting all the way out of debt is the best idea for all going forward.. for instance, I would sure not want to have all of my net worth tied up in a house and have no PM’s or other liquid assets to speak of.  Similarly, one might take advantage of a loan against their 401K in order to diversify their savings with PM’s.  Debt is quite the double-edged sword.