With the recent declassification of all the FBI documents, there was an interview on Fox where – first – retired Congressman Trey Gowdy (who “never lost a case” as a prosecutor) was asked to comment on the newly-released interview transcripts.

The focus was on whether or not the “Steele Dossier”, which was used as the primary basis for the FISA warrant, renewed 3 times, was ever actually verified, as they claimed in the FISA court filing.

A transcript snippet of the testimony of Andy McCabe:
Gowdy: At what point did the Bureau ask Steele: Why did you do this research? For who are you doing it? Is anyone paying you to do it? When did those questions come up?
McCabe: I don’t know the answer to that.

So after planting this stake in the ground – no attempt to verify, even after it was used in a pleading – Gowdy went on:

“…it wasn’t just that we asked Susan Rice, and Samantha Power, and Ben Rhodes, and Sally Yates, we didn’t just say ‘give us all the evidence of collusion, coordination, and conspiracy.’ I asked every one of them:
‘even if its hearsay, even if its something you heard but didn’t believe, even if its inadmissible in court, tell me everything you’ve ever heard about Trump, his campaign, or even the groupies and hangers-on in his campaign conspiring with Russia’…there was nothing!”

Definitely, some great questions, dead on point. Trey Gowdy is good, no doubt about it. Photogenic, articulate, Gowdy was, at the time of this questioning, the Chairman of the House Oversight Committee, a very powerful position in Congress, and he asked the right questions, of the right people. In secret.

Then, in a later segment on the same show, fellow Republican Congressman Matt Gates was asked to take his own victory lap. But, surprisingly, Gates chose a different tack:

“I’m glad you went through Trey Gowdy’s exquisite questions in 2017 to these corrupt officials. I guess my question is: why was it that then in late May of 2018, that Trey Gowdy went on Martha McCallum’s show and said that ‘the FBI did exactly what our fellow Americans would have wanted them to do, and that it had nothing to do with Donald Trump.’ Both of those things have now been proven to be not true and it seems that Gowdy’s brilliant lawyering back in 2017 – that we are only able to to see now – proves those two statements untrue.”

[So instead of taking a victory lap, Gates sacrificed his 2 minutes of air time to point out that Gowdy – who asked all these great questions of these witnesses in secret – but then Gowdy incomprehensibly covered up for the coup plotters in public!! Gates goes on:]

“The number one question I get asked from Americans, is, why no-one has gone to jail and been held accountable? Unfortunately, when Nunes and Meadows and Jordan and I wanted subpoena power it was Paul Ryan and Trey Gowdy that wouldn’t give us that subpoena power! Democrats sent out hundreds of subpoenas. When we had control, and could have run this to ground in 2017, we didn’t send out a single subpoena! Not one!! And that’s a failure of our Republican leadership.”

Holy shit. Gates could have just taken a victory lap, but instead, he threw Gowdy right under the bus. On national TV. I was so stunned, I had to watch this whole interview several times to make sure I’d really just seen what I thought I had seen.

At the start of 2018, both Gowdy and Ryan said they were not going to run for re-election. Both of these men were reasonably young [Gowdy: 56, Ryan: 50]. Pelosi, by comparison, is 80. Ryan was Speaker of the House when he chose to retire, while Gowdy was the head of the powerful Oversight committee, after only 8 years in Congress.

Ryan, retiring while Speaker of the House at age 50, is like a first term President just deciding, “oh, well, I don’t feel I want a second term.” It just never happens.

In a tweet Wednesday, Gowdy said, “There is a time to come and a time to go. This is the right time, for me, to leave politics and return to the justice system.”

“Whatever skills I may have are better utilized in a courtroom than in Congress, and I enjoy our justice system more than our political system,” Gowdy said in a statement. “As I look back on my career, it is the jobs that both seek and reward fairness that are most rewarding.”

Gowdy is the 21st GOP House member to announce that he would retire by the end of his term. Three Republican senators also are retiring.

Gowdy, formerly a Mover and a Shaker, is now a paid commentator at Fox.

Once you eliminate the impossible (Gowdy is incompetent, he was ignorant, he isn’t ambitious, he doesn’t care, he is feckless), whatever remains, however improbable, must be the truth.

Gowdy was a prosecutor. From his questions, and his performance on Friday on air, it is clear he remains a prosecutor at heart. Fairness appears to be his core motivator, and he also really likes to win. So – why on earth would he cover for the coup plotters?

My guess: he was most likely compromised in some way. Someone – most likely at FBI – had a gun to his head. They also had a gun to Paul Ryan’s head also, it would appear. Both resisted any efforts to subpoena witnesses – contrast with what Adam Schiff did when he got control over his committee.  Compare and contrast the behavior – what they did makes no sense at all.  Gates draws us a very clear picture in his two-minute statement.

And both men suddenly retired from high positions in Congress at a relatively young age. [Pelosi? Not so much.] Gowdy went from being a Chairman of a powerful committee to being a commentator on Fox. Ryan went from being #3 in line for the Presidency, to – literally nobody.

Another guess: it is easy to get dirt on someone if you have an intelligence gathering operation that collects literally every bit of digital communications everyone in America sends, and saves it – forever – in a data center in Utah. And then the contents of this database are made available to…contractors working for the FBI.

J. Edgar Hoover, who started as FBI director in 1924, constructed files on everyone who was important. He died – while still director – in 1972, after 48 years in his position. He was…more than a little eccentric, but nobody dared to cross him.

Who, within the FBI, controls access to those modern-day “NSA-Hoover files”? That’s my question.

And a second question, asked by Juvenal, a Roman poet some 1900 years ago: “Quis custodiet ipsos custodes?”

Who watches the watchers?

You make a good case for their having been compromised. I remember being incredulous over Goudy’s apparent about-face and wondering what they had on him. I had hopes for him, Ryan, not at all. 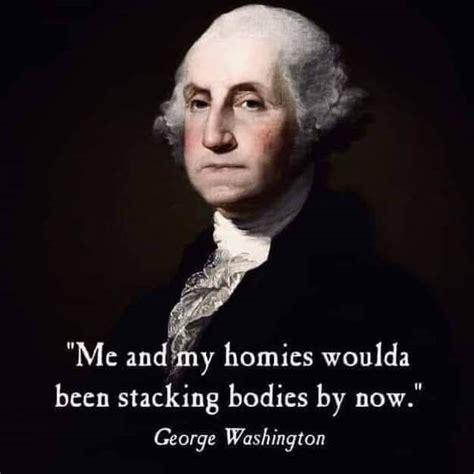 *W*E* watch the watchers, but we’re asleep in the guard shack. So we deserve what’s coming. 😢

Great questions Dave.  I was very surprised when Gowdy announced that he was not going to run again.  I think the tendrils of all of this run far deeper than we may ever know. I do not think anyone in Congress is a totally free actor.

Be prepared. This is what happens to citizens (like Seth Rich) who dare expose the watchers. But it must be done.

An attorney is pressing Acting Director of National Intelligence to declassify documents that he expects will show Seth Rich was the leaker to Wikileaks of the Clinton emails and that the FBI and NSA are sitting on evidence to that effect.

— Every nation gets the government it deserves.

First, thank you to Chris and Adam for their tireless and self-sacrificing efforts to educate us and to provide a forum for transparency, truth, and civil dialog. They are the purest American Patriots. I hope that history recognizes that they used this new digital medium to attempt to preserve and protect our Republic.

I am deeply troubled by the lack of indignation among Americans! And not just about COVID. The average American has been subjected to a literal barrage of lies, misrepresentations, political manipulations, incompetence, negligence, and thievery from the leadership of this country and from the many organizations our tax dollars support.

Set aside for a moment that COVID is likely an engineered plague resulting from inadequate oversight and greed by myopic scientists, and then magnified by the CCP and the WHO. Now it may be that the highest law enforcement agency in our land may have been complicit in a coup attempt. And NOW the greed-induced bail-out of the top 1% while the vast majority of Americans are sent back to work in a high-risk circumstance without support for even the most rudimentary prophylactic protocol (HCQ, masks, gloves, information, etc.) Folks, we are not the “deplorables” – we are literally being treated as the “expendables.” The results are going to be catastrophic. And the leaders of this nation DO NOT CARE.

On multiple fronts: Our Health, National Security, Financial stability, Money Supply, Employment, Food Security, Privacy, and Constitutional Rights, the American people are being systematically disemboweled. Does anyone else see this? Does anyone care? What are we doing? Or have the trains to the camps already been loaded?

Where is our outrage? Do we not see what is happening? COVID is just another nail in our coffin – albeit a very large lag-bolt to lock us down, scare us, and extend the control over us. Is it really so hard to supply everyone with masks, gloves, food, and accurate information? This circumstance is vastly worse than some tax on tea. And yet I do not hear a voice, or even a whisper of resistance. Is our sugar induced coma so deep that we are effectively consumerist zombies with no ability to self-organize and protest?

Are there any among you who agree with me? Are there any ideas or actions that can save us? How do we resist this tyranny? Or do we all just continue scurry about, prepping and hoping individually, that everything will turn out fine. Are we all dead already?

I posted this in another thread, but it seems appropriate here. I have had the same thoughts about Gowdy when he stepped down and his actions since. There has to be a file on him.

No, AssessX, it will not turn out fine. It will be chaos at some point. Who knows what will come out the other side. I agree with you.

It is hard to know what to do and when, but it will come.

Excellent analysis Dave. This Trey Gundy conundrum has been bugging me for years….I’ll go with with “ he must be compromised” as the best explanation yet. This adds another layer of despair to my hopes for the resurrection of our constitutional republic.