3000 AD: The Rise Of Polar Civilizations (October 16, 2011)
"If the pessimistic scenarios of AGW come true, this band will become inverted: the tropics and mid-latitudes will become increasingly drought-stricken, desolate wastelands, perhaps even uninhabitable by 2300, while the Arctic regions, and a thawing Greenland and Antarctica, will become new centers of global civilization.

"In this post, with the help of many maps, I will explore what this will mean in more detail than I believe has been done anywhere else on the Web. Needless to say, I am making the assumption that there will be no technological singularity, or other technological breakthrough, that will enable the continuation of modern high-energy civilization. But not will these be any all-out apocalypse. That part of the technological base that does not rely on high levels of energy inputs for its maintenance will survive, that is, railways, electricity generated by hydropower, radios, even elementary computing. So let us venture forth into the brave new world of 3000 AD!"

And… "Alaska will presumably go much the way of Kolyma – a set of states, possible competing, possible confederating, all of them rich in relative terms because of the plentiful rainfall, mountains, and resources that will only start getting exploited late in the world’s history. There may be naval skirmishes between Alaskans and whoever wants to challenge them for control of the Bering Strait from the Kolyma side.

"Canada will be a relatively poor set of competing entities, divided primarily into four groups."
http://akarlin.com/2011/10/polar-civilizations/ 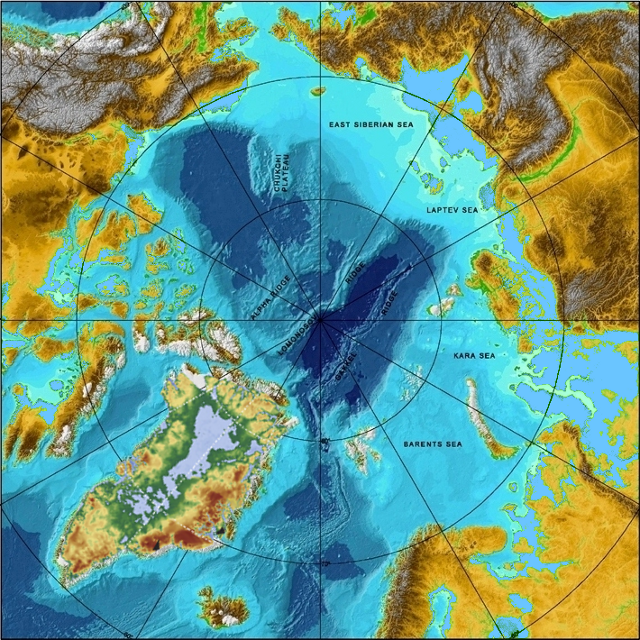 Simmered to the Edge of the World (May 31, 2010)
"Of late climate models have been leaning to the upper range of the IPCC’s projections for global warming, e.g. the median forecast from a recent MIT study gives a rise of 5C by 2100 (with a 10% chance it will exceed 7C). According to the Sherwood paper, 'peak heat stress' (quantified by the wet-bulb temperature) never climbs above 31C across today’s climes, which is safely below the body’s normal temperature of 37C. But with a global temperature rise of 7C possible by as early as the late 21st century – even without accounting for predictable tripwires such as accelerated release of Siberian and Arctic methane – some regions of the world will be subjected to peak wet-bulb temperatures of 35C, inducing 'hyperthermia in humans and other mammals, as dissipation of metabolic heat becomes impossible'. With a global temperature rise of 11-12C, a belt of uninhabitability will come to encompass the bulk of today’s densely populated areas.

"Let that sink in. Forget the rainforest collapses, the icecap disintegrations, the plummeting crop yields as the increased CO2 fertilization effect is cancelled out by heat stress… during the long summers, the bulk of continental interiors below the Arctic Circle will become PHYSICALLY UNINHABITABLE for humans. Cities from Atlanta to Madrid to New Delhi will become ghost towns in the desert, crumbling relics to the long-dead gods of the industrial age."
http://akarlin.com/2010/05/simmered-to-the-edge-of-the-world/